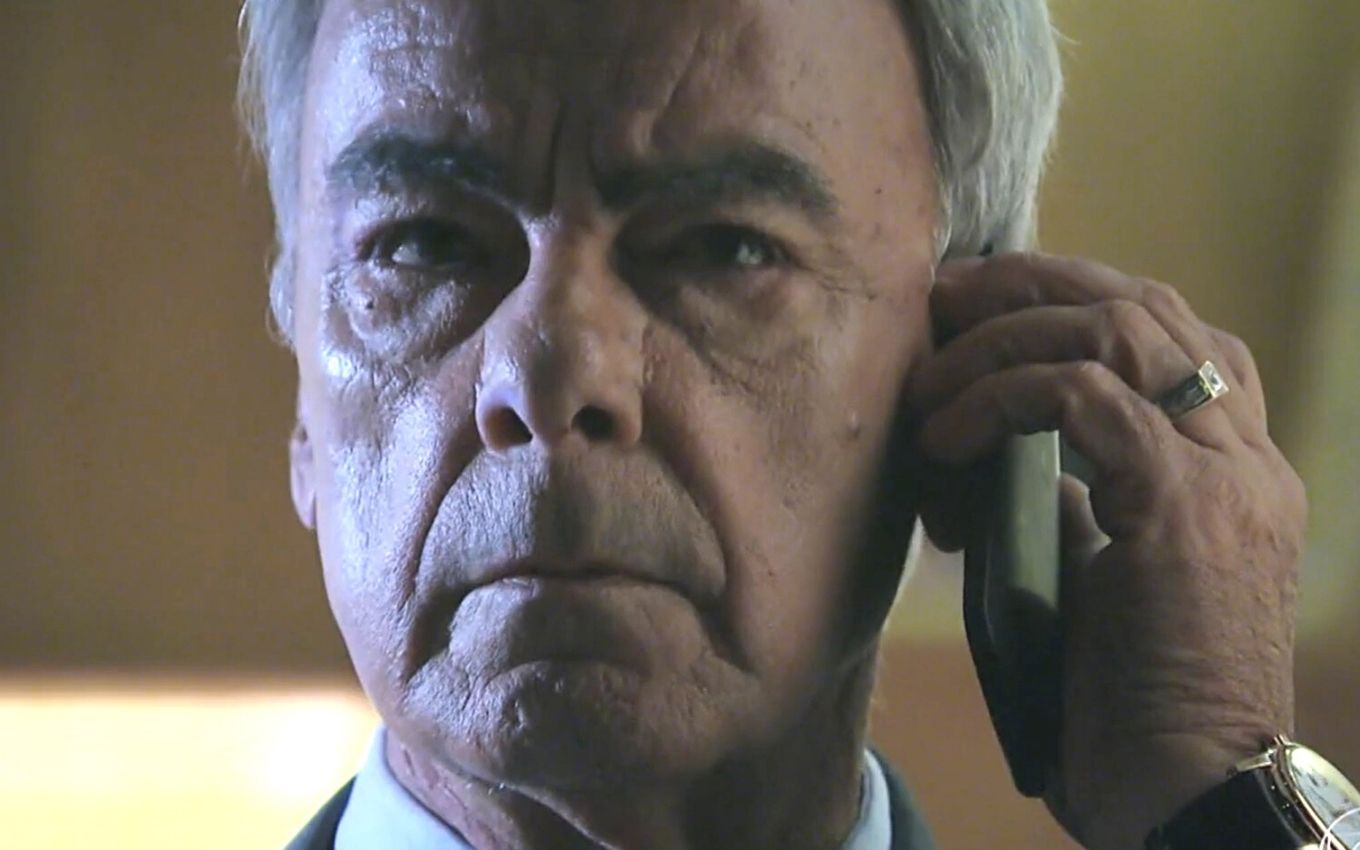 José Alfredo (Alexandre Nero) will think he is close to discovering who is the real Fabrício Melgaço in the novel Empire. In the scenes shown this Saturday (2), the commander will think that Merival (Roberto Pirillo) is the accomplice of Maurílio (Carmo Dalla Vecchia) because of a clue he received in prison. The lawyer, however, is not the main enemy of the protagonist of the nine o’clock soap opera on Globo.

In the scenes scheduled to air as of Monday (4), José Alfredo will be very suspicious of Merival. After receiving an anonymous note inside a lunch box in the jail advising him to call a specific phone number, which would supposedly be Melgaço’s.

Upon making the call, the “man in black” discovers that the number is from Merival. After getting out of jail, the protagonist will call the lawyer to a meeting and confront him.

“I want to know what your plans are from now on, Merival. Or should I call you Fabricio Melgaço?”, the commander will ask. The head of the legal department at Império das Joias will say that he did not understand and will ask who Fabrício Melgaço is.

“Don’t play dumb, bitch. You know very well that Fabrício Melgaço is the one who wants to take me down, an enemy who shaved all my accounts in Switzerland, who ordered me to be killed twice. I’m sure it’s you, because someone already did. he put your name on the stone, he already ratted it out. I received an anonymous note”, will explain the protagonist.

Merival will be indignant and will say that he has always been at the Commander’s side, even made an effort to get him out of jail. The lover of Maria Isis (Marina Ruy Barbosa), then, will accuse the supposed rival: “He already betrayed once, when Maria Marta [Lilia Cabral] tried to oust me from the presidency. You were in love with her,” recalls José Pedro’s father (Caio Blat).

The truth is closer than ever! #Empirepic.twitter.com/j8wNTdXScG

“I could sue you for these accusations, but I won’t, because I know it’s desperation that’s overtaken you and that’s why you’re accusing me. Don’t worry. I’ll never come near you or your family again. , nor of your company. I am no longer your lawyer”, will decree Merival, who will leave in the sequence.

The enemy is the commander’s own son: José Pedro (Caio Blat). The boy will reveal himself to Melgaço in a conversation with Silviano (Othon Bastos) and will say that the former butler and Maurílio always received orders from him.

In 2015, when Império was originally broadcast, the villain didn’t come out of the closet until the end of last week’s Tuesday episode, and the unfolding of the revelation happened on the fourth, in the third-to-last chapter.

The soap opera’s rerun is scheduled to end on November 5th. As of the 8th, Globo will once again have an unprecedented plot on the air, with Um Lugar Ao Sol, by Lícia Manzo. That is, unless the station decides to anticipate the end of the “special edition” of Aguinaldo Silva’s serial, the scene with the end of the Fabrício Melgaço mystery will only will air the first week of November.

Written by Aguinaldo Silva, Império (2014) won a “special edition” to fill the hole left after the end of Amor de Mãe on Globo’s prime time.