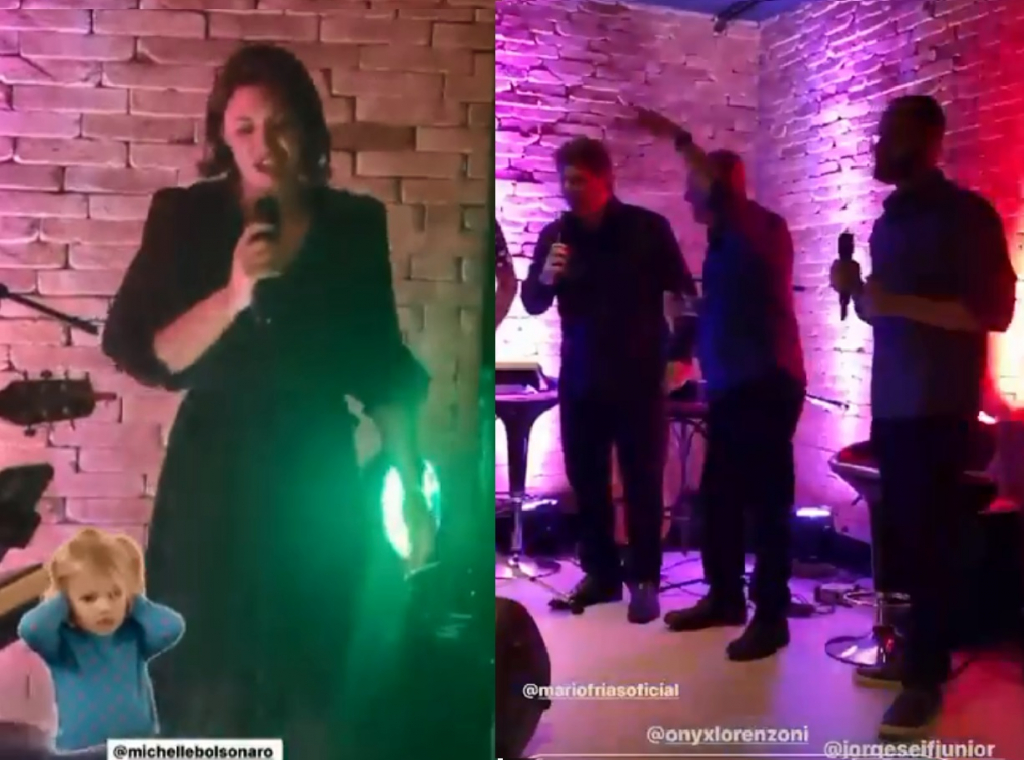 First Lady chose ‘Idas e Voltas’, by the duo Matogrosso & Mathias; besides her, Frias appeared singing with the Minister of Labor and Welfare, Onyx Lorenzoni

Reproduction/Instagram @agustinoficialMichelle Bolsonaro unleashed her voice in karaoke; Frias made a trio with Onyx and Jorge Seif

the first lady Michelle Bolsonaro released his voice in a karaoke during the birthday of the special secretary of Culture, Mario Frias, this Saturday night, 9. Friends published stories on social networks that show Michelle singing “Idas e Voltas”, by the duo Matogrosso & Mathias. In addition to Michelle, Frias appeared singing with the Minister of Labor and Welfare, Onyx Lorenzoni. Also present at the commemoration were the ministers of Justice, Anderson Torres, the Attorney General of the Union, Bruno Bianco, and the Comptroller General of the Union, Wagner Rosário. Before the party, the first lady attended the one-year anniversary of Georgia, the daughter of Congressman Eduardo Bolsonaro (PSL-SP) with psychologist Heloísa. The president Jair Bolsonaro, however, was not seen at any of the events, as he is on holiday in Guarujá, on the coast of São Paulo.