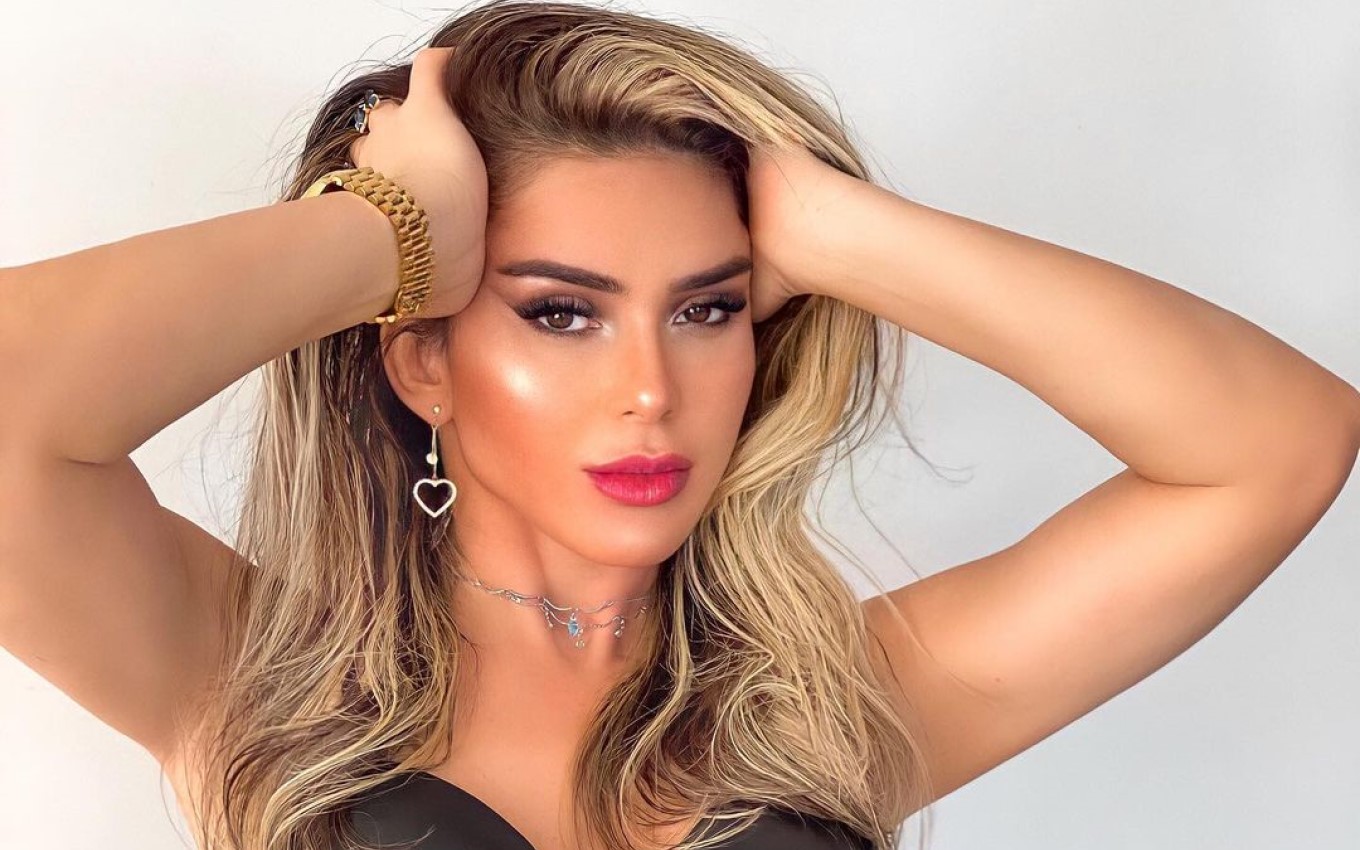 Nadja Pessoa updated her package of enmities and disaffections after the conclusion of the recordings of Ilha Record, in the beginning of July. The digital influencer fought with almost every opponent and was still homophobic curse after reacting with disgust and criticism to a kiss carried out by two women.

O TV news spoke with different people who followed the recordings of the reality show led by Sabrina Sato, and all reported the same situation involving the ex-wife of Vinícius D’Black.

At a certain moment of relaxation in the game, two women decided to kiss. It was not a simple peck. There were tongues and hugs. Upon seeing the scene, the digital influencer wrinkled her nose and even verbally complained about having watched the exchange of affections.

Lucas Selfie was standing next to Nadja, heard the comment and was annoyed. He, who is openly bisexual, called her opponent homophobic. That was all it took for the exchange of offenses to begin.

Because it involves a homo-affective kiss, Record has not yet hammered out whether the scene will air or whether it will be cut in the Ilha Record edition, which opens on July 26th.

Sought, the station chose not to comment on the case of homophobia involving Nadja Pessoa. The press offices of the digital influencer and Lucas Selfie also did not want to take a stand on the case.

a lot of bullshit

Record’s reality show hasn’t even premiered yet and some spoilers have already surfaced. As anticipated by TV news, Dinei lost a tooth, fell on top of Any Borges and still needed medical attention after having spikes in pressure for too much salt when seasoning a salad.

Pyong Lee, according to columnist Leo Dias, cheated on his wife, Sammy Lee, with Antonela Avellaneda, with the right to make out under the duvet. The ex-BBB still lost his alliance during the recordings.

As in Power Couple 2 and A Fazenda 10, Nadja Pessoa was the queen of the shacks. She argued with almost all opponents, and increased her opponents table. Among those who don’t want to see her up front again are Antonela Avellaneda, Laura Keller, Valesca Popozuda and Lucas Selfie.