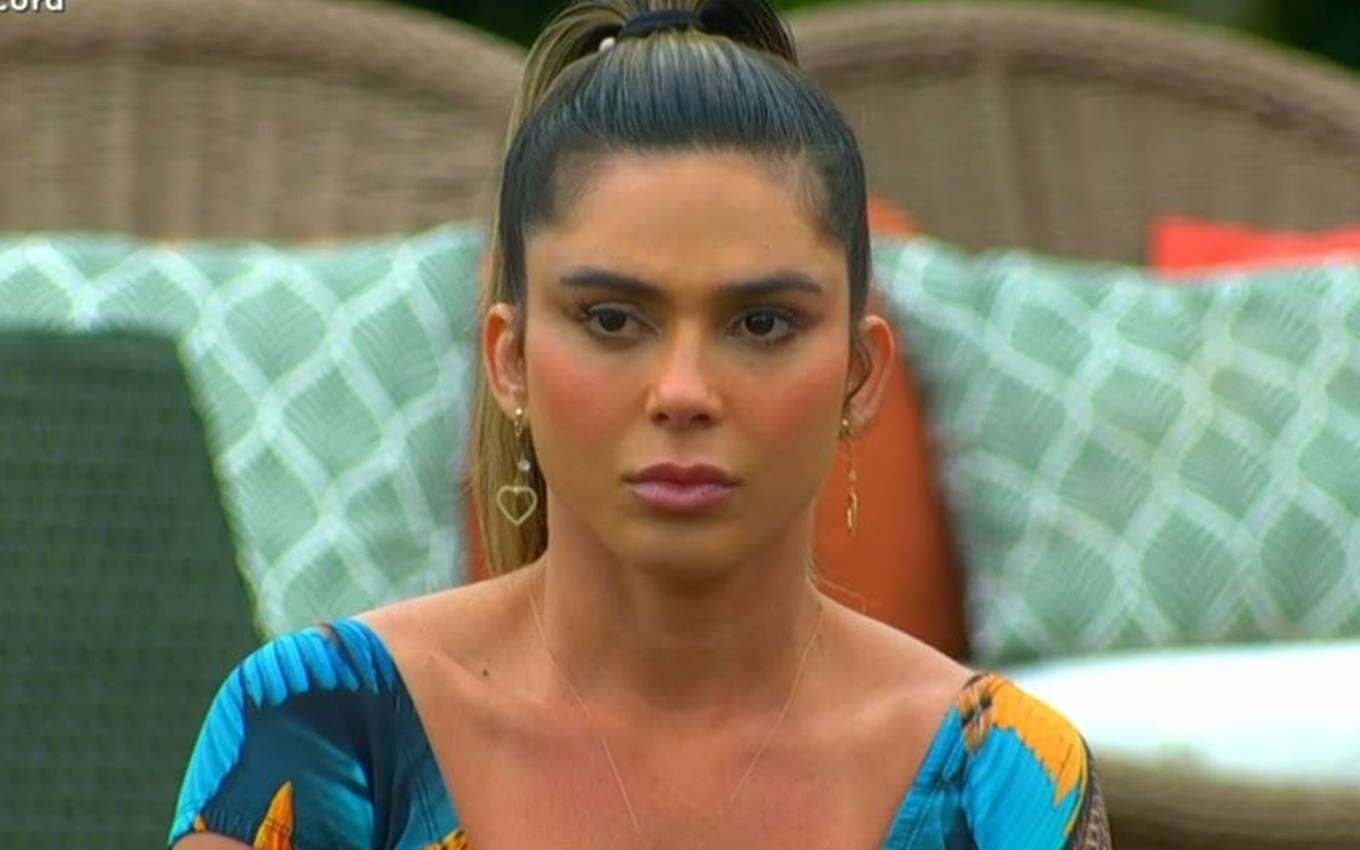 After last Monday (6) edition of Ilha Record, Nadja Pessoa spoke about her time on the reality show. The influencer revealed that she had asked to leave the confinement because of the alleged attacks she had been suffering by opponents, but was prevented from returning home. “Only I know what I went through,” she blurted out.

Through her Twitter account, Nadja reacted to the scene that was shown to the public last night, in which she appears fighting with Lucas Selfie. The businesswoman accused her rival of psychological aggression after he opened the bathroom door while she changed her clothes.

“Only I know what I went through, it was much worse than at A Fazenda, I even asked to leave, but they didn’t let me. Unfortunately, everything didn’t happen, they threw water in my face too,” stated the participant.

On another occasion, Nadja had already complained about editing the program. “Here, they got together to tease me, did everything, took my stuff, splashed water on my cookies and etc. All to tease me, and I left beautifully, because that doesn’t work for me anymore. This the edit should have shown, right?”, the blonde shot, referring to a fight involving Any Borges and Mirella Santos.

Only I know what I went through, it was much worse than at the Farm, I even asked to leave, but they didn’t let me. Unfortunately, everything didn’t pass, they threw water in my face too… #TryNaIlha