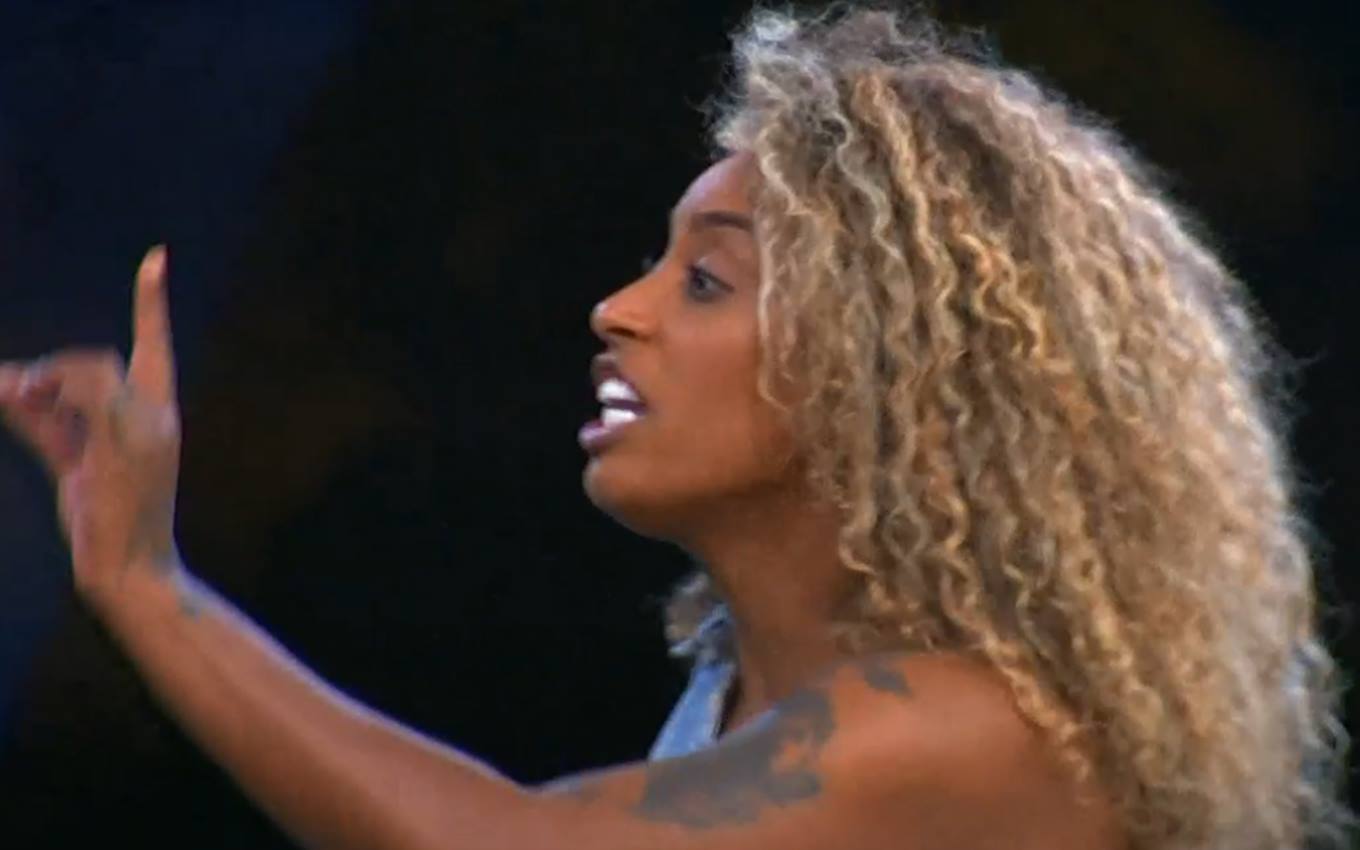 Nanah Damasceno lost patience with Nadja Pessoa during the reunion of the participants of Ilha Record. In this Tuesday (7) edition, the eliminated met with the finalists for a reckoning. “Worst person in reality,” fired Rodriguinho’s ex-wife.

After watching the video in which Nadja appears fighting with Mirella Santos and stating that her rival does not represent women from Pernambuco, Nanah regretted the behavior of the influencer.

“A lot of anger, the word is anger, indignation to see Nadja talking to Twin Lacração. She is a heartless person, because what she did to Mirella was inhumane, if I could give the trophy of worst person in reality reality, I would give to Nadja,” Nanah told the program’s production staff.

During the meeting, the two participants created the most outcry. “[Você] He pointed his finger in Any’s face [Borges]”, recalled Nanah. “What woman is this that doesn’t defend a woman?”, Nadja questioned. “I defend a correct woman, not a crazy one”, retorted the ally of Claudinho Matos.

Before ending the mess, Nanah also claimed that the opponent had set up a theater to cause a fight with Lucas Selfie. “What you did was a scene, [falando] the beak at the door,” she said, referring to the bathroom brawl in the Cave of Exile.

Listen to “#52 – All About the New Season of the Show of the Celebrities!” on Spreaker.