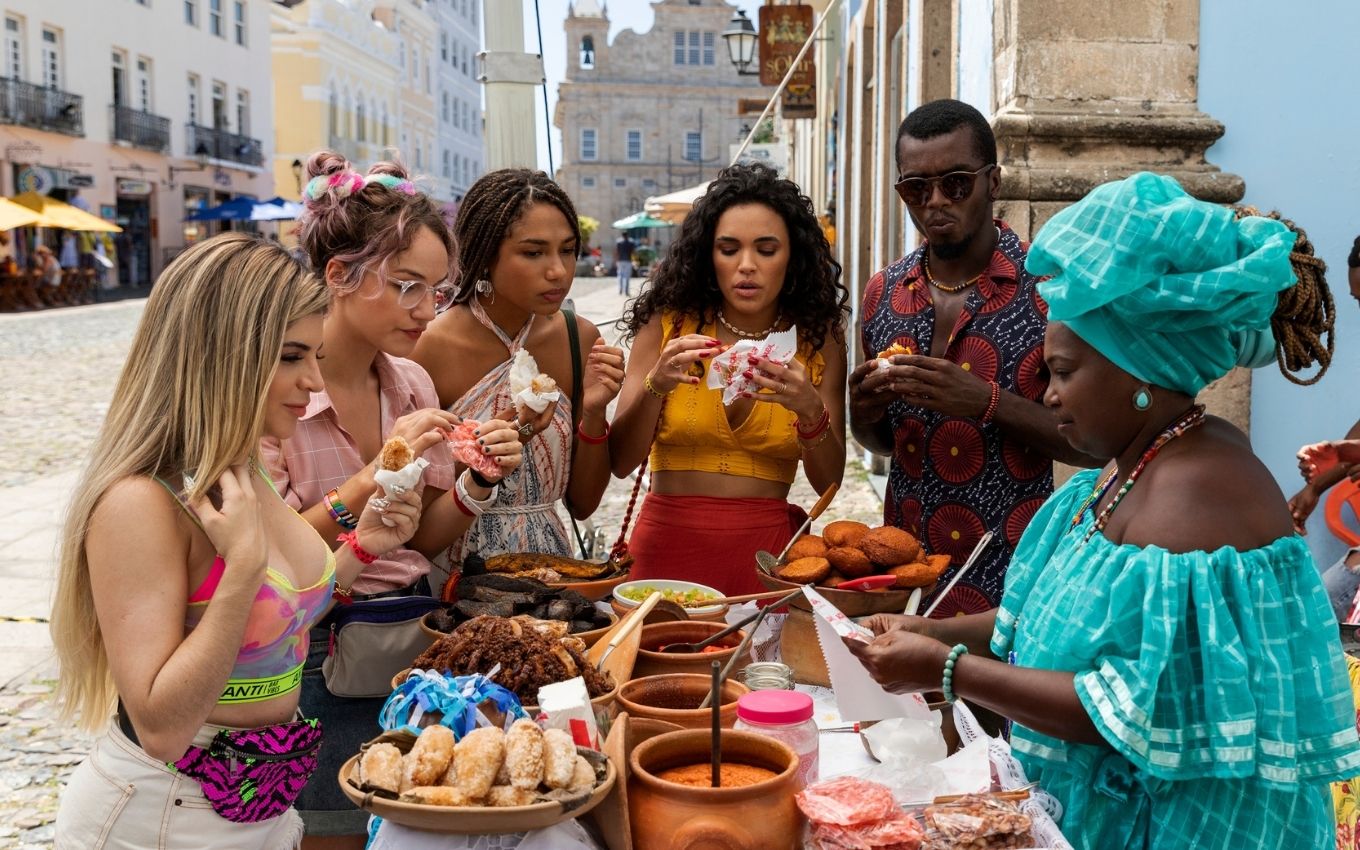 Even without putting the cliché “my king” in Carnaval (2021), Netflix failed in its research on the celebration of Salvador in the production of its original film. It despised traditions, ignored basic criteria of location and used poetic license to abuse the goodwill of connoisseurs of Momo’s revelry in the Bahian capital, one of the most famous in the country.

The film tells the story of four friends who win a trip to Salvador during Carnival, after blogger Nina (Giovana Cordeiro) takes a horn from her boyfriend and becomes a meme. Invited by Freddy (Micael Borges), an up-and-coming axé singer, the digital influencer travels with Michele (GKay), Vivi (Samya Pascotto) and Mayra (Bruna Inocencio) to get to know the “energy” of Bahia.

Despite avoiding clichés, such as the use of the expression “my king” – which no one speaks -, the film gourmetizes street revelry and ignores basic research principles. A simple Google would help with the script.

The first — and most absurd — error in the film involves the character Mayra (Bruna Inocencio). The protagonist’s oldest companion, the shy young woman is taken to the middle of the trios’ concentration, in Barra, in Salvador. She is terrified of the crowd and gets lost before she manages to step onto Durval Lelys’ traveling stage with her best friend. The tourist, lost and scared, ends up in Pelourinho.

It turns out that the two places are completely unconnected. The start of the Barra-Ondina circuit is almost 6 kilometers from the Escadaria do Paço, known for having been the setting for O Pagador de Promessas (1962). There, the girl is strengthened by faith and is able to find the strength to overcome the trauma and find her friend again. On foot, the walk takes over an hour (see map below).

Getting lost in Barra and ending up in Pelourinho, more precisely in the Carmo region, is as absurd as someone tripping on Rua 25 de Março, in São Paulo, and falling in front of Masp (Art Museum of São Paulo).

Accommodation so, so far away

Unless you have a helicopter, staying in Praia do Forte, in the municipality of Mata de São João, and spending Carnival in Salvador makes no sense. The Tivoli Ecoresort, where the protagonists stay, is 85 kilometers from the point where the structure of the Camarote Skol, headquarters of the feature film, is built annually.

The problem is not just the knock and come back. Getting out of the Carnival circuit is an arduous task for taxi, bus and van drivers. Everyone knows, including Bruna Marquezine and Carlinhos Brown, that the most efficient transport for traveling in Salvador during the revelry is the mototaxi.

Still on traffic, there is no possibility of traveling in the Dique do Tororó region without facing a traffic jam. See the orixás only in passing like in the movie? Only if it is on weekdays and during off-peak hours. The tradition is to spend hours stuck in traffic.

The afoxé Filhos de Gandhy, made up exclusively of men and inspired by the principles of non-violence and peace of the Indian activist Mahatma Gandhi (1869-1948), has the famous clothing. Even more famous than the fancy white sheets and towels are the blue and white bead necklaces. They were reinterpreted over the years and became a kind of carnival barter: a necklace for a kiss.

At the end of the fun, it is common to see Salvadorans counting the number of necklaces, or kisses, exchanged. But the joke went unnoticed even for GKay’s character, the most kissing among her traveling friends. 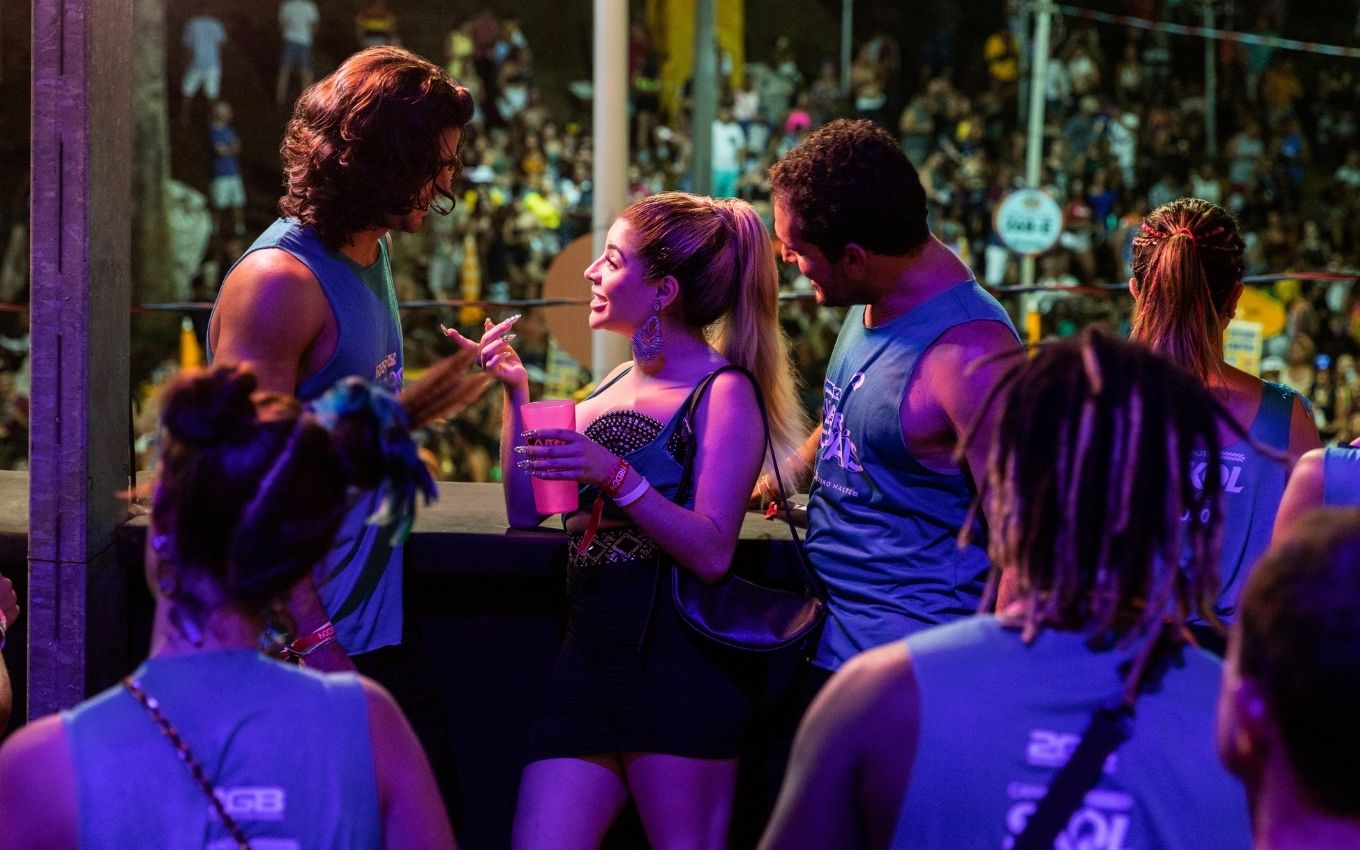 For Carnaval to look more like Salvador’s revelry, a good idea for the script would be to illustrate the annual carnival flu in the film. After the festivities, a virus takes hold of the Bahian capital and, affectionately, it is named after the most played song of the year.

Lepo Lepo (from Psirico), Dalila (Ivete Sangalo) and Santinha (Léo Santana) were already some of the first names of the flu virus. In the case of Carnaval, the suggestion would be Intimidade com o Chão, a hit by Freddy.

No drinks! What can’t be missing in the Carnival root itself is the “piriguete”. Those who like to “eat water” (drink a lot) during the revelry know that it is the best cost-benefit to enjoy the alcoholic spree in the street blocks. In the hands of street vendors, three cans of beer cost R$ 5.

And an original tourist catcher from Pelourinho is painting the traveler to Timbalada. The situation was well known in the film Ó Paí, Ó (2007), when Rosa (Emanuelle Araújo) asks Roque (Lázaro Ramos) for help to enjoy the block. Even today, young people keep paint and brush in hand waiting for tourists excited to be painted — in exchange for a few pennies, of course.