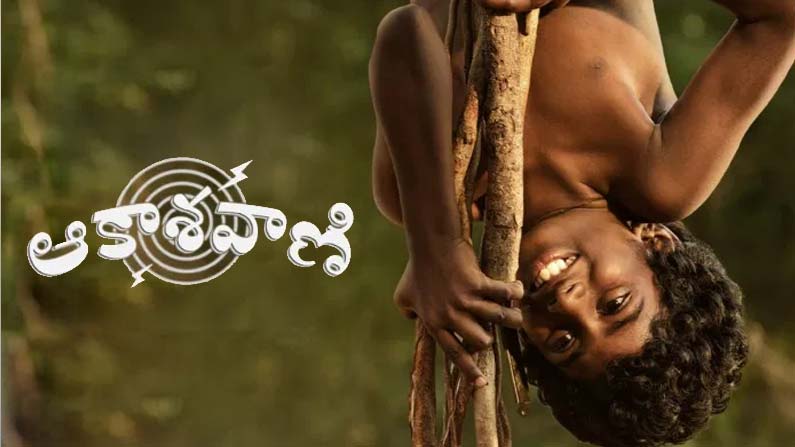 Akashavaani Movie Teaser: ‘Akashvani’ is a film directed by Ashwin Gangaraju, who worked as an assistant to director Rajamouli. With this film

Akashavaani Movie Teaser: ‘Akashvani’ is a film directed by Ashwin Gangaraju, who worked as an assistant to director Rajamouli. It is learned that MM Keeravani’s son Kalabhairava is going to be introduced as the music director with this film. On Friday, director Rajamouli released the teaser of the film on social media. And in the teaser video .. without dialogues from the beginning .. just impressive with the background music. The life of wild children .. The director gave a hint in the teaser as if he was going to show their sufferings blindfolded.

Nights without electricity .. Their condition is to live by holding crows. Samudrakhani, who played a key role in the film, has only one dialogue, “Something goes wrong here, Sheen.” And the boy swinging holding the twigs of the banyan tree. With the recently released teaser the expectations on this movie have further increased. The director Rajamouli praised his disciple. The visuals that appear with the longer trailer give the music audience a whole new feel. If you listen to background music .. Ashwin is interested in how the music is in the movie. “Those visuals and music are very new. I am anxiously waiting to see what kind of magic Ashwin will do with this film, ”Rajamouli said on his Twitter account. The film is being produced by Padmanabhareddy .. Burra Sai Madhav is providing the lyrics.

Such fresh visuals and groovy sound. I’m excited to see what Ashwin has created with his debut film #Aakashavaani! https://t.co/EttA97sYWh

Lucky chance for Bigg Boss winner Abhijeet .. Star hero who gave a chance in three movies at once ..