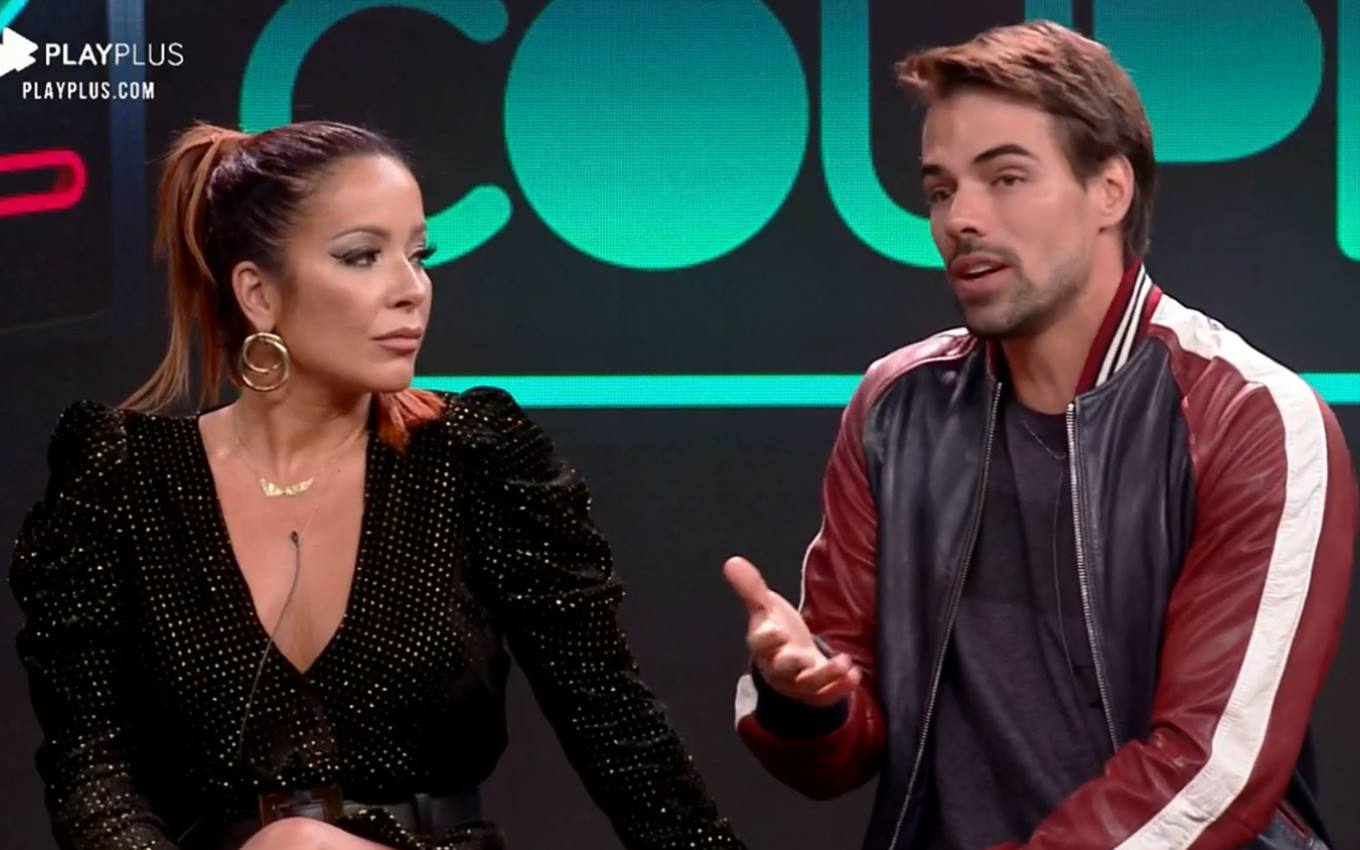 Leandro Gléria didn’t like to hear JP Mantovani accusing Renata Dominguez of acting during her time at Power Couple Brasil 5. After leaving the reality show, the actress’s husband watched a video in which the model appears accusing the opponent. “He only has this to offer,” fired the publicist in the early hours of Friday (16).

The eliminated of the week took part in the Decompression Cabinet, a program run by Lidi Lisboa and Dani Bavoso on PlayPlus, and were able to check out conversations by Li Martins and JP in which they had been mentioned.

In one of the scenes, JP appears saying that Renata has “rich girl syndrome”, referring to the fact that the actress complained after being changed rooms by the model and the ex-Rouge during the game of contention.

“I didn’t expect anything else [deles], if it were Mari [Matarazzo] and Matthew [Yurley] it would affect me, but being Li and JP…”, the actress reacted. “They talk bad from the beginning. Then they apologized. For me, they’re the couple who play the most, if they have that to offer, be patient,” added Leandro.

In another excerpt of the interview, the eliminated couple watched a scene in which JP accuses Renata of acting to do well in Power Couple. “Acting is a tool for her to do what she is doing,” said the model at the time. Trying to remain calm, Leandro repeated what he had said earlier: “Jota only has this to offer.”

Watch some excerpts below:

Ooooo! The Dogleria Couple watches the JoLi Couple speaking ill of them. Which side are you on? 🔥🔥 #CabineDeDescompressão

Want to watch the #PowerCouple live? Come to #PlayPlus! Go to https://t.co/UpWImxSIbXpic.twitter.com/XYr5o8QjYy

“It’s the couple who play the most!” @leandrogleria about the JoLi Couple 👀👀 #CabineDeDescompressão

Want to watch the #PowerCouple live? Come to #PlayPlus! Go to https://t.co/UpWImxSIbXpic.twitter.com/sEPp78SeJm