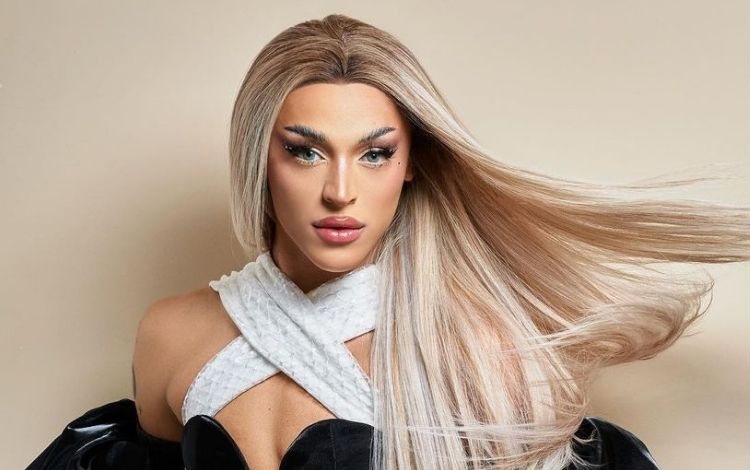 Singer has shown support for the former president and is being compared to Lady Gaga, who supported Joe Biden in the US elections, by fans on social media

Reproduction/Instagram/pabllovittar/14.07.2021Pabllo Vittar demonstrated that he supports Lula’s reelection in 2022

The singer Pabllo Vittar demonstrated that he supports the reelection of the former president Luiz Inacio Lula da Silva (PT), which promises to run for President of the Republic in the 2022 elections. “Mom, are you going to sing during Lula’s inauguration?”, asked a follower on Twitter. “I hope so,” Pabllo replied. The artist’s comment did not go unnoticed and the PT, the party for which Lula is going to run, took the opportunity to answer the singer using an emoji with little stars in the eyes and another and a heart. In a recent live on Instagram in early July, Pabllo said he will vote for the former president in the upcoming elections. “Use a mask, do not crowd and take the vaccine. The vaccine saves. And, no need to talk, right? Lula 2022, don’t let me down, girls”.

On social networks, fans of the singer began to compare the artist with the singer Lady Gaga, who supported the current president of the United States, Joe Biden, during the elections that the Democrat disputed with Donald Trump, who failed to get re-elected. After Biden won the presidential race, Lady Gaga was invited to sing at the president’s inauguration ceremony. As it was in the United States, the election in Brazil promises to be fierce, as a recent electoral poll released by the Orbis Institute indicates a technical tie between Lula, who appears with 35.7% of voting intentions, and the president Jair Bolsonaro, which has 33.5% of voting intentions. Other possible presidential candidates appeared in the survey with low percentages, such as Sergio Moro (8%), Ciro Gomes (6.8%), João Doria (3.1%) and former Health Minister Luiz Henrique Mandetta, with 2.5 %. 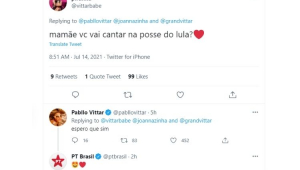