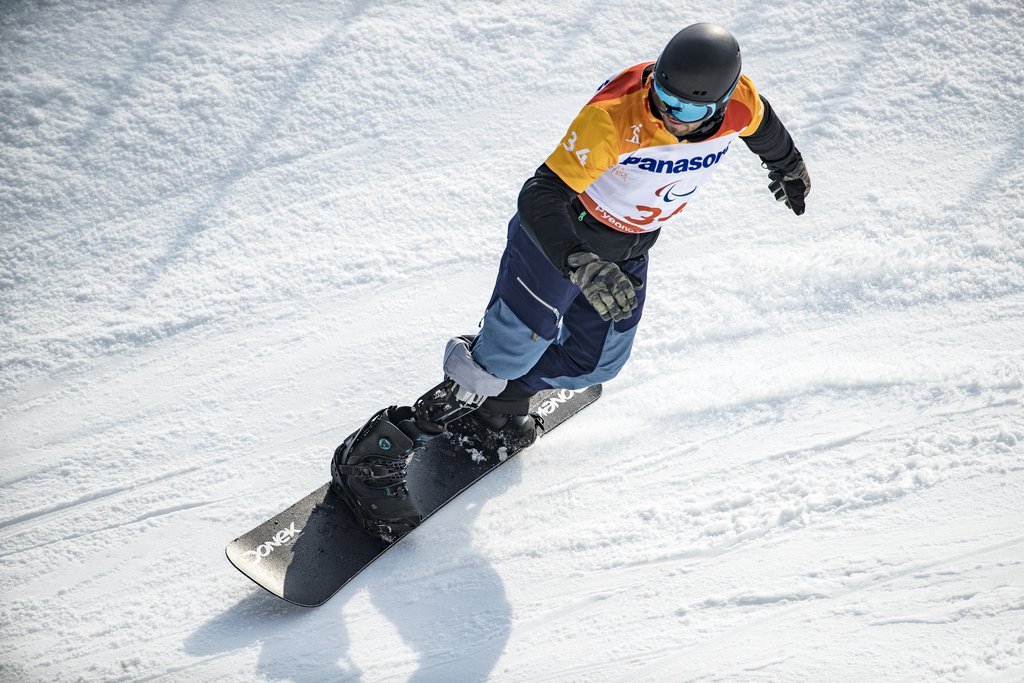 At 22 years old, André Cintra he faced a second challenge in his life, this time involving his personal and professional life. With the death of his father, he had to take over the business of Amend, a cosmetics company that was, at the time, with several bankruptcy protests. Five years earlier, Cintra had been in a motorcycle accident and had her leg amputated above the knee. Accident that changed the course of his life and led him to compete in snowboarding in the Paralympics from Sochi (Russia, 2014) and Pyeongchang (South Korea, 2018).

Talking to Casual, Cintra tells his story as an athlete and CEO, and tells how characteristics of the sport influence professional career decisions.

The accident happened in the late 1990s. How was your post-hospital life?

I was seventeen when I had the accident. It was a pretty quick change, suddenly my life changed and turned upside down. But it was also a very important moment in my trajectory and that made my life deviate to a completely different path.

What motivated you to focus on sports after the accident?

I already played sports, but I had never competed professionally. It wasn’t a super-planned thing, things were happening. At the time, there were no prostheses for water sports, so I started making my own prostheses. This process of developing the prostheses, starting to test and losing a prosthesis in the water was a challenge. A challenge in getting to do things that no one else has done before. I was probably one of the first guys to do it with a prosthesis of this type, because they didn’t exist. This process, added to the experience of practicing on several different types of boards, was motivating me and bringing me more energy to continue.

What sports did you play at the time?

A friend who lived in England brought a kite [de kitesurfe]. When I saw that, I was dying to do it. Even with the prostheses made by me, I went to two different schools and the teachers said: ‘very cool your willpower and such, but you won’t get it, because you don’t have the movement of the knee’. This left me stumped, I thought ‘you don’t want to teach me everything well, that’s your decision, but I’m going to learn, I’m going to’.

How did you manage to learn without having this training?

I bought a kite and asked the sea rescue people to take me to the high seas and drop me there. So I made mistakes, falling a lot, but over time I learned what the prosthesis needed so I could stay in the right position. So, this lonely learning process was super important.

Sounds like you have a connection to the water, how was the transition from kite surfing to snowboarding?

I have a very strong connection with water and especially with the sea. Now I am taking an ocean sailing course. After two snowboarding trips, where I couldn’t stand up, I felt like I was on a mission to build a prosthesis so I could practice. However, at the time I was CEO, I worked twelve hours a day and making prostheses like this is a time-consuming process for those who do not have a mechanic shop. On a trip to the United States I was told about a man who had lost a leg in the war and had built a specific prosthesis. I called this company and asked them to send it by mail. On the other end of the line, the attendant laughed and said, ‘you’re crazy, nobody buys a prosthesis by mail’. After a while I went to Austria and managed to snowboard for the first time.

André Cintra practices kite surfing with a prosthesis he developed.

And what was it like to become a professional in the sport and go to the Paralympics in 2014?

After three years of practice, I was in an orthopedic consultation one day and a boy arrived who had just suffered an accident like mine. The whole family was crying because it’s a very delicate time and usually people don’t know what to do. I remember I tried to help him and said: ‘Don’t worry, I’ve been through this too, and I play several sports, run, ride a bike, kite surf, wakeboard, snowboard…’. Just then, a doctor who was listening to the conversation asked if I skied and said he had a friend from the Paralympic Committee who was looking for someone to snowboard to take to the world snow circuit, and he gave me the phone to get in touch. After a while he returned me, and invited me to a test test in Chile. I had a broken arm, but I went and passed.

How was the training for the Games?

At the time I was an amateur, I didn’t have any specific technique. I was sent to the United States, Colorado to officially train. I started with state circuits, until I reached the Worlds and qualified for the Olympics.

During training you were already CEO of Amend. What was it like to reconcile both jobs?

What was it like taking over the company so soon?

My brothers were kids and my mom didn’t work anymore, so I was the only person who could support the family. I found myself obliged to take on this role of provider and have to support the house.

What lessons from the sport do you bring to your professional side?

These two careers intersect for several reasons. On my side as CEO, I was always guided by a more strategic perspective, to understand the details that make the difference, for athletes the importance of technique, repetition, which I didn’t have as an athlete. And from snowboarding to the business side, the sport taught me to continue to persist, the importance of training, discipline and focus is important for the business as well.