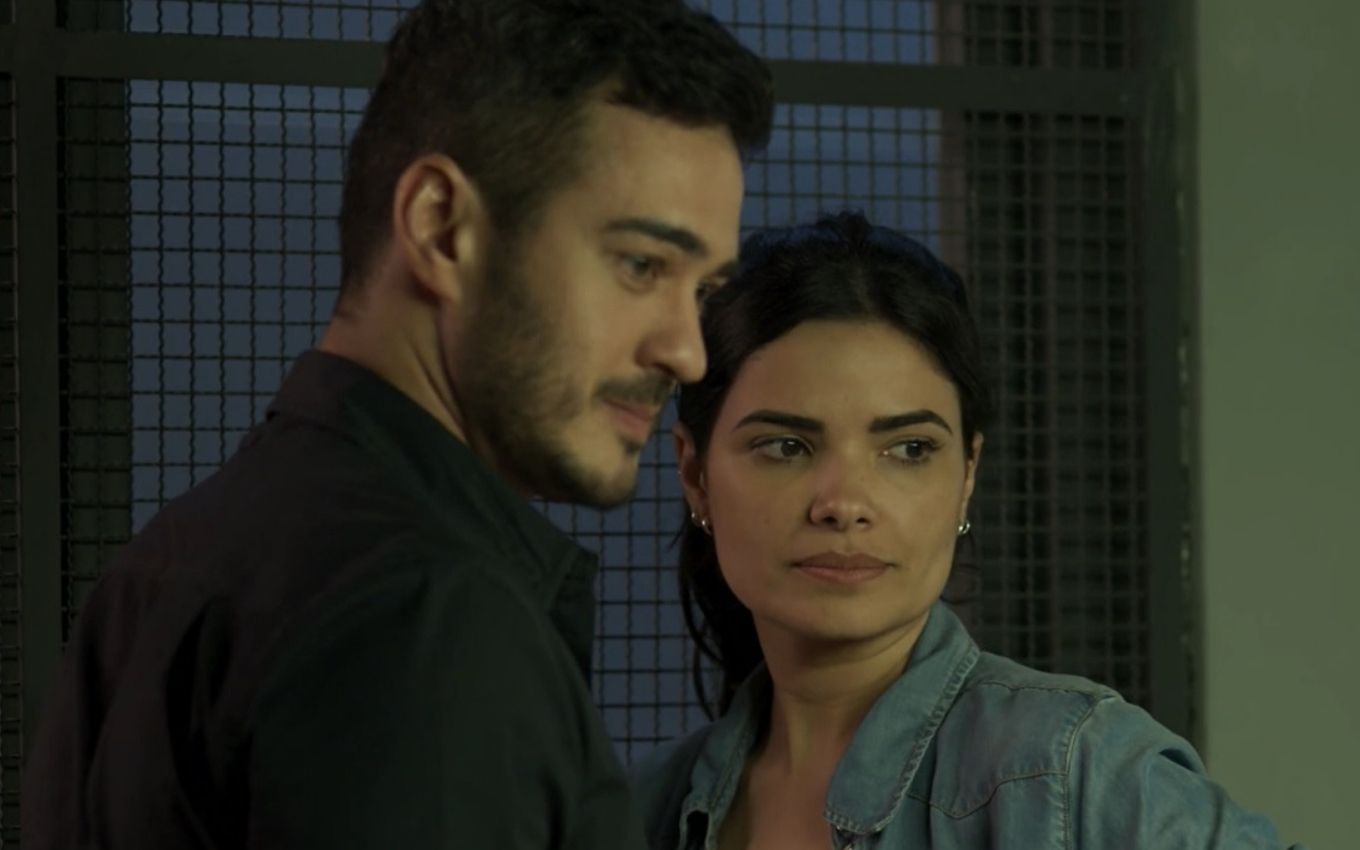 After handing over his girlfriend’s participation in the carioca Palace robbery, Agnaldo (João Baldasserini) will make a new slip in Pega Pega. The former receptionist will get involved when questioned and will give conflicting information with the testimonies of Júlio (Thiago Martins) and Sandra Helena (Nanda Costa). Antônia (Vanessa Giácomo) and Domênico (Marcos Veras) will suspect that there is a fourth thief involved in the crime in Globo’s seven o’clock soap opera.

In Claudia Souto’s serial, the trio will decide to follow the agreement and protect Malagueta (Marcelo Serrado). They will be interrogated once more by the police, but they will say that there is no one else involved in the robbery.

“You said that you stayed outside the van waiting for Júlio to bring the bags for you. And Sandra Helena? What was she doing while Júlio took the bags out of the safe and took them to you”, asks Nelito’s sister ( Rodrigo Fagundes). The public will see the three thieves caught claiming that the maid was responsible for distracting the security guard.

João Baldasserini’s character will confirm that he sprayed the hotel cameras to free the former concierge. “I was afraid to say that I had done two things and that my sentence would be doubled. It was me, there was no one else with us,” said Agnaldo.

Agnaldo will have his tongue in his teeth

The inspector will then begin to be suspicious of the story being told and will decide to ask about the suitcase covers with the dollars. Júlio will say that his was green, but Agnaldo will skid in the deposition.

“When Júlio arrived in the van to get his dollars, he only found a suitcase cover?”, will press Antônia. “That’s right! As for Sandroca and I, we went to get our bags, the four covers were still there”, will confirm the detainee.

Domenico will ask the boy to tell him what the colors of the four covers were. “Sandroca’s was pink, Júlio’s was green and mine had a zebra print”, will tell Wanderley’s (Bernardo Marinho) brother. “And the fourth suitcase? What was the color of the cover?”, the policeman will ask.

“It was… Red”, will release Agnaldo. “Who bought these covers?” the agent will ask. “I… I bought everything myself”, will affirm the former employee of the hotel. However, Nanda Costa’s character will have said that she was with her boyfriend when buying the covers.

Police officers will quickly notice the contradictions in the depositions. “They’re lying,” the inspector will comment. “The fourth person bought the covers”, will shoot Antonia in the scenes scheduled to air on Monday (27).