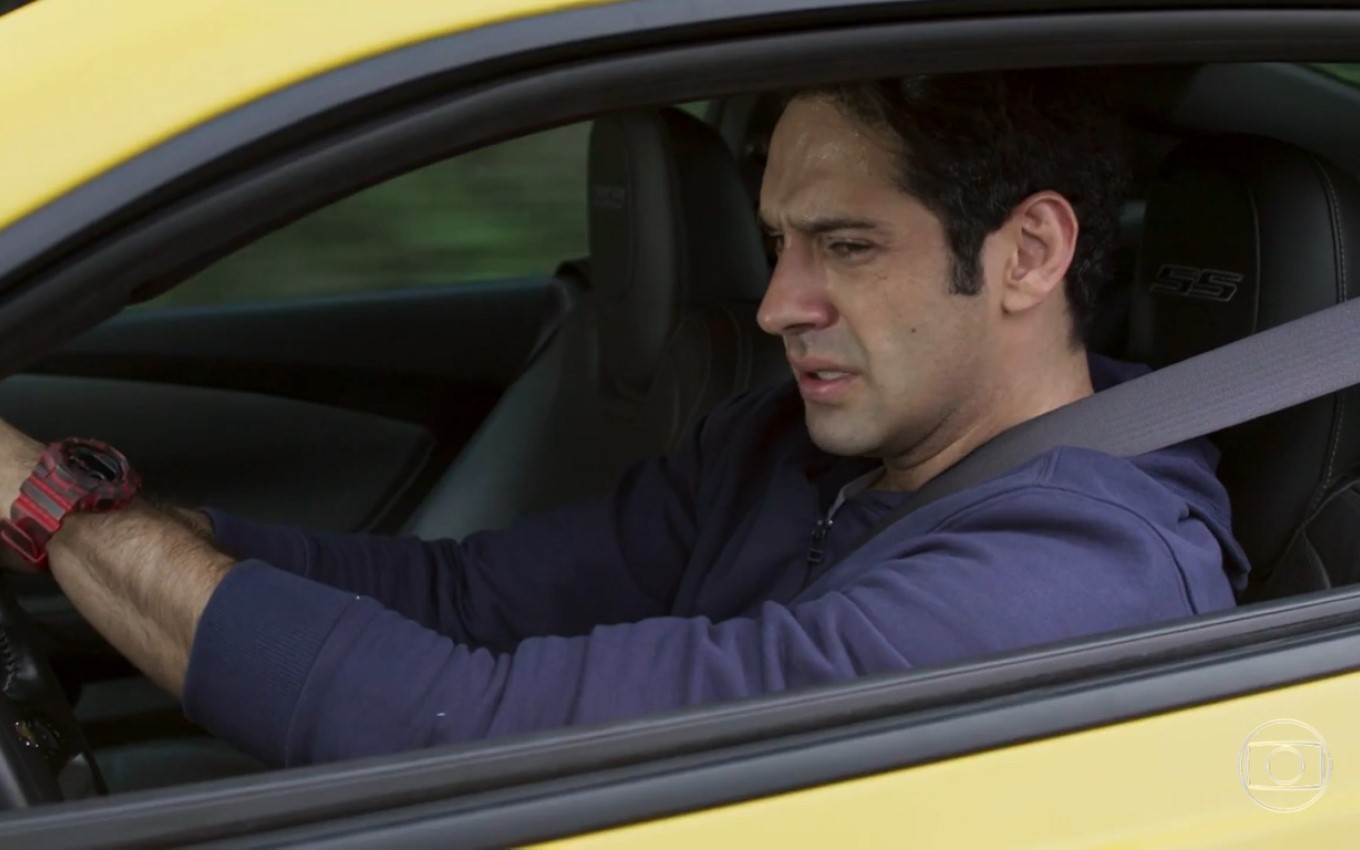 After Júlio (Thiago Martins), Agnaldo (João Baldasserini) will enter the police crosshairs in Pega Pega. The receptionist will rent a car under a false name with the intention of fleeing the country, but will end up being chased. Desperate, he will throw the dollars he stole from Pedrinho (Marcos Caruso) out of his car window in the seven o’clock soap opera on Globo.

Sandra Helena’s (Nanda Costa) boyfriend will occupy the position of concierge, previously held by Malagueta (Marcelo Serrado), and will realize that he is being watched by Eric’s (Mateus Solano) security guards. “The guys were watching me. Inside the hotel I was still discreet, it wasn’t all the time, but I only had to step out onto the street and one of them came after me”, the boy will tell the “chief leader”.

The men will be keeping an eye on the character of João Baldasserini under the command of Domênico (Marcos Veras). The inspector will join Luiza’s husband (Camila Queiroz) after being dismissed from his duties by Chief Siqueira (Marcello Escorel).

In a scene that will air on the next 9th, Malagueta will outline a plan for his partner to escape, but Antônia’s assistant (Vanessa Giácomo) will have already found Wanderley (Bernardo Marinho), who will confess that he lied to cover up his brother.

“Agnaldo! You were recognized by someone at a gas station. They’re already on your tail. Someone reported you! Sooner or later they’ll catch you. Get rid of the dollars and don’t say anything about me or Sandra Helena”, he will suggest the mastermind of the crime.

The thief will be reluctant to get rid of the money, but when he finds himself surrounded, he will throw the bills out the window and make it rain money. Eric’s helicopter, which will be with Domênico on board, will land on the road and Antonia will imprison the thief.