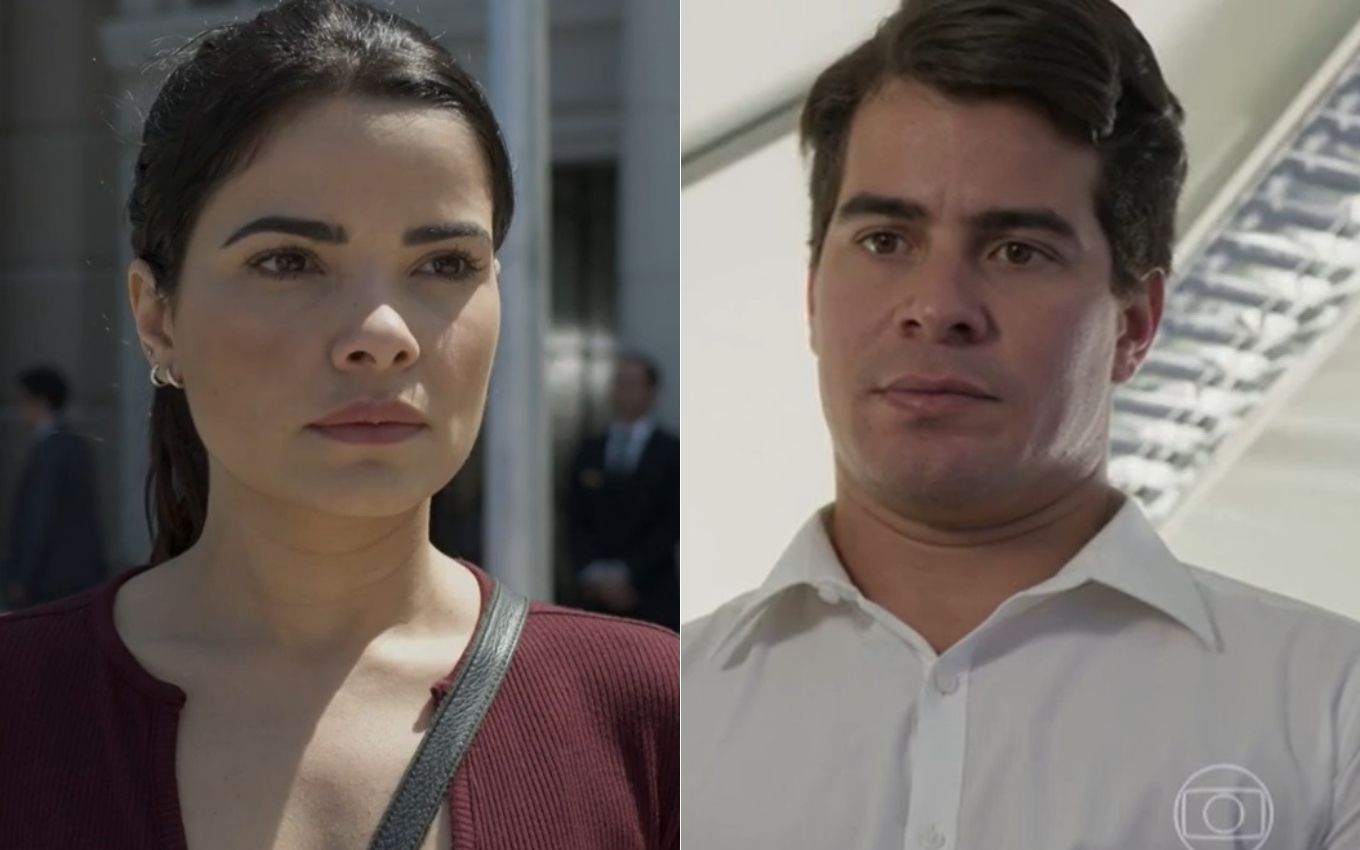 Still hurt by having fallen in love with one of the robbers at the Carioca Palace, Antônia (Vanessa Giácomo) will try to challenge the honesty of Júlio (Thiago Martins) in Pega Pega. When she sees him working as a waiter at the kiosk in front of the hotel, the policewoman will alert Rômulo (Aramis Trindade) about the disadvantages of hiring the boy. However, the owner of the establishment will give the young woman a moral lesson in Globo’s seven o’clock soap opera.

In the scenes planned to go aired next Saturday (18) in Claudia Souto’s serial, Nelito’s sister (Rodrigo Fagundes) will leave the Carioca Palace and see her ex-boyfriend working at the kiosk.

She will then sit at a table at the venue and be attended by Arlete’s son (Elizabeth Savala). “Is this salami sandwich good?” the inspector will ask. The young man will say that the dish has plenty of outlets, and she will order a snack and a juice.

Romulo will notice that the employee was shaken and will ask what happened. “It’s my ex-girlfriend, the policewoman”, will explain Elza’s nephew (Nicette Bruno). “But don’t worry, she can’t arrest you again. In fact, she looks like hers,” he’ll realize.

“That’s my fear. Since I surrendered, she only fights, just yells at me. What’s she wanting like that, so calm?”, Thiago Martins’ character will be surprised. “You’ll know what women want,” the kiosk owner will release.

Then Antonia will pay the bill and talk to the merchant. “Are you passing the stitch?”, the agent will ask. “Yeah, I’m not able to close the month in the blue”, will tell Rômulo. “Isn’t it because you hired a famous thief?”, the policewoman will shoot, who will end up listening to a speech by the entrepreneur:

This has nothing to do. Sales were bad before Julio came to work here. Inspector, I’m an ex-convict, I’ve done something wrong when I was young. But I’ve also paid what I had to pay by serving my sentence. After that, I had to struggle a lot until I could have an ordinary life and prosper.

“That’s why you gave him the chance,” the girl will understand. Domênico’s partner (Marcos Veras) will feel the impact of the reversal she took and, in the sequence, will appear crying as she walks thoughtfully along the beach.