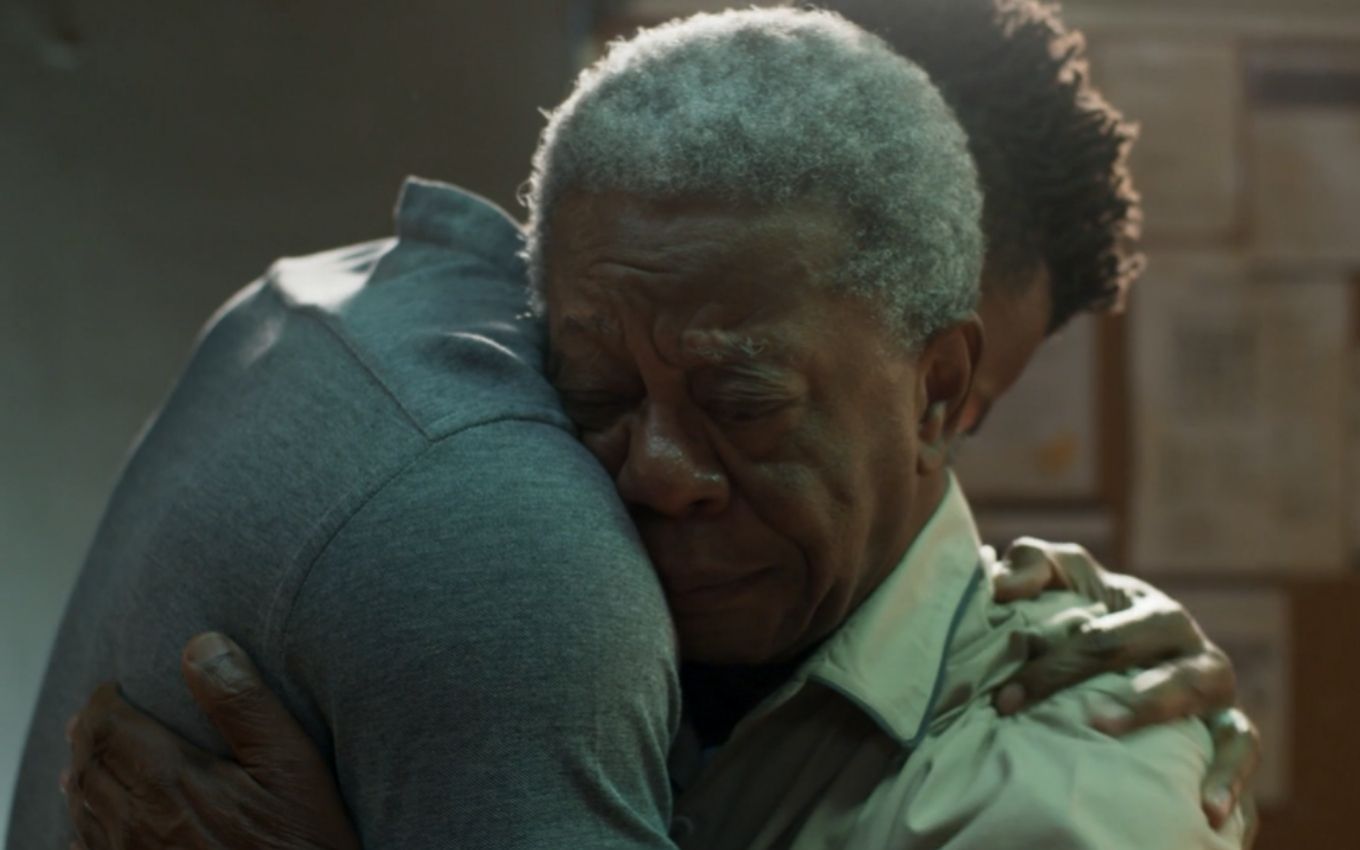 In Pega Pega, Dom (David Junior) will reveal to Cristóvão (Milton Gonçalves) that he is his biological son and will bring him to tears. The rich man will still tell his father that he wants to make up for lost time. For this, he will offer comfort to the elderly in the soap opera at seven on Globo. “No need to work,” the boy will say.

In the scenes planned to air in next Friday’s chapter (3), Dílson’s brother (Ícaro Silva) will invite the electrician for a walk along the beach. There, the young man will tell about the DNA test done by him, which will have proved to be Tidinho, the missing son of Cristóvão and Madalena (Virgínia Rosa). The two will burst into tears.

The next day, Sabine’s son (Irene Ravache) will look for his father at the Carioca Palace, and the two will hug each other tightly. The head of maintenance won’t be able to hold back the cry again. “How are you feeling, son?” “It seems that a scar has closed on my chest. My heart is much calmer now”, will vent the manager.

The electrician will talk about his suffering during the time he was away from his son: “My Tidinho”. Dom will ask the origin of the nickname. “Aristides, named after Madalena’s father and her grandfather. A great musician, a great man”, will explain the veteran.

Dom will laugh at the name: “It’s a little weird for me.” And Milton Gonçalves’ character will justify the reason: “You were your grandfather’s first grandson. Your mother wanted to honor the father, but I always called you Tidinho”.

Sabine’s heir will want to know about Magdalene and whether her father will return to her house. “Happy because of you, but all those years she spent away from you, she’ll never recover, and it’s still my fault”, will deliver Cristóvão. “Then I’ll drop you off in a suite here at the hotel,” Dom will say.

The hotel employee, however, will refuse the offer and claim that things don’t change so quickly. “They change, yes, because now you are the father of one of the owners of this place”, the executive will counter. “You don’t have to work anymore, I want to give you all the best,” Dom will add.

Cristóvão will cut the mood for his son when he asks about the villain: “Have you already told your adoptive mother, does Dona Sabine already know that I’m your father?” David Junior’s character will be left unanswered.