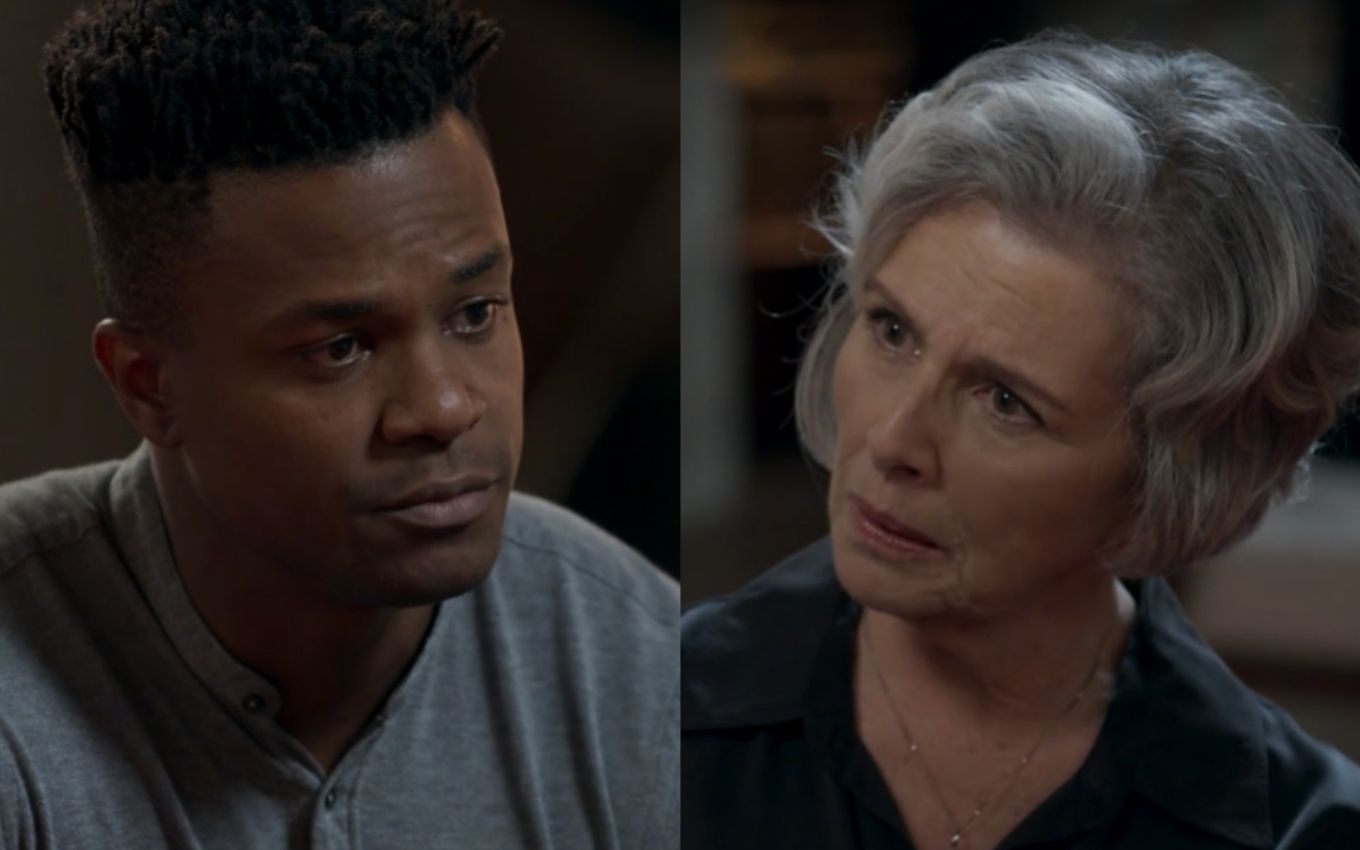 After much insistence by Cristóvão (Milton Gonçalves), Dom (David Junior) will surprise Sabine (Irene Ravache) by revealing that he knows he is the son of the electrician in Pega Pega. The villain will be in despair at the discovery of her lie and will ask the boy to redo the DNA test on the seven o’clock soap opera.

In the scenes planned to air in this Friday’s chapter (3), the heir of the Carioca Palace will follow his mother in her hotel suite. “Finally,” the bitch will say, who will add, “It looks like you’re avoiding me.” Dom will embrace the adoptive mother: “I have a somewhat delicate matter to discuss with you.”

Amazed, Eric’s partner (Mateus Solano) will question her son about what’s going on. “Take the picture and we’ll talk,” the boy will ask. Sabine will refuse: “Tell me what’s going on, be straight and blunt.” “That picture you said you took…” will begin.

In the sequence, Magnolia’s biological son (Virgínia Rosa) will interrupt the speech and wave for the shrew to sit down: “That photo you said you took of me when I was little. That photo was never yours, it’s Cristóvão’s.” Incredulous at what she has just heard, the rich woman will start to laugh.

“How can the hotel electrician have a picture of you, a boy?”, Adriano’s girlfriend (Márcio Kieling) will ask, in a mocking tone. Dom will reply that the image is of Tidinho, the missing son of the maintenance chief. “What are you talking about?”

“Cristóvão lost a son on the beach when he was still little”, the boy will say. “Are you still meeting that man? What do I care about the family drama of Cristóvão if he lost his son on the beach”, the villain will retort.

Dom will say it’s Christopher’s son, but Sabine will stamp her foot saying it’s not, “Where did you get that from?” The businessman will then tell that Dílson (Ícaro Silva) told him about the story of the family drama and he saw similarities.

“My son, you have not been lost. You have been abandoned. It must be some child like you,” the madam will argue. Dom will give the bombastic revelation: “It’s not a similar child, because we did the DNA test and the result was positive, mother”.

Sabine will freak out: “This is nonsense! I demand that you retake this exam in a laboratory I trust.” Dom will not be convinced by the evil one. “Mom, it’s no use denying it. I found my birth parents.”