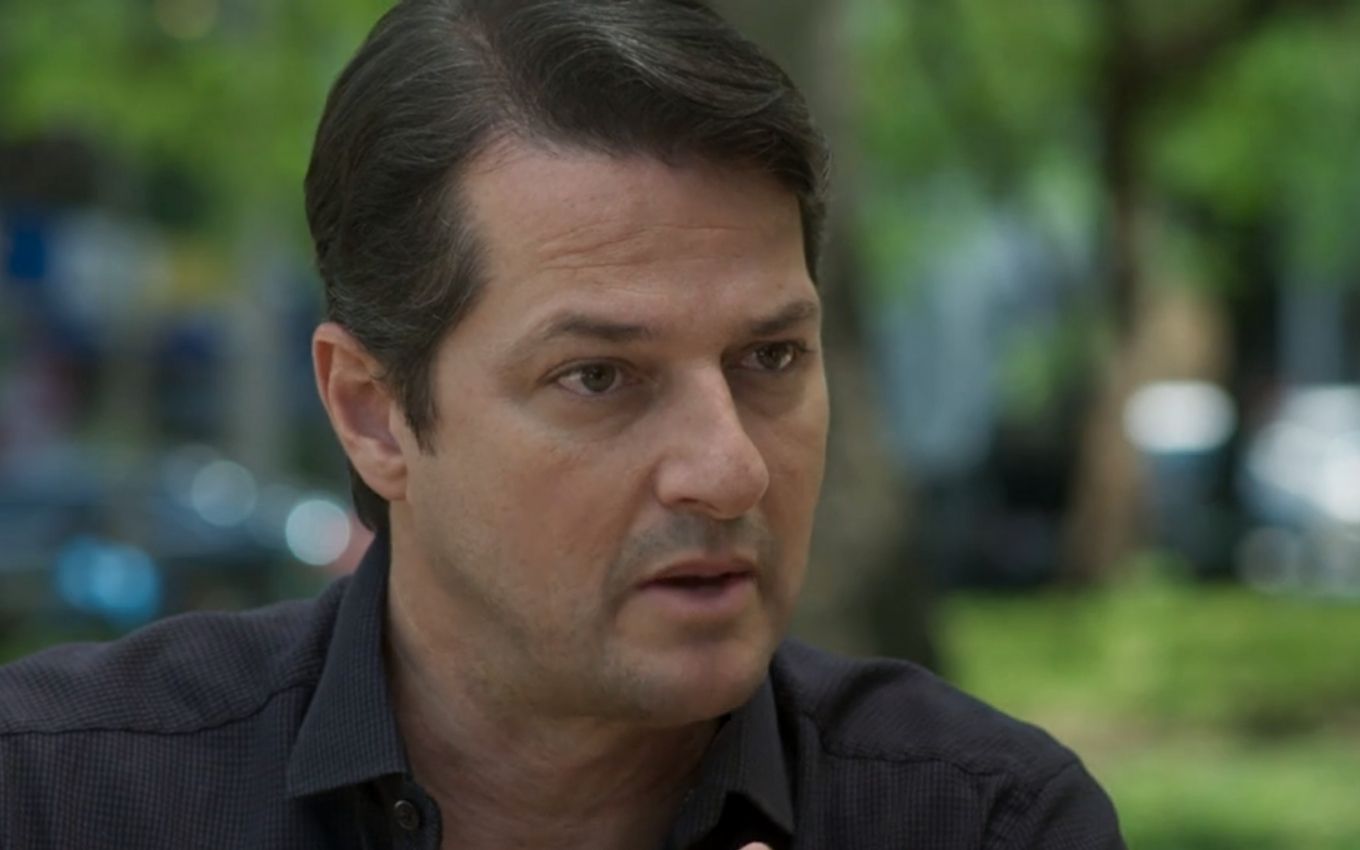 After incriminating Eric (Mateus Solano) and putting him behind bars, Malagueta (Marcelo Serrado) will be confronted by Agnaldo (João Baldasserini), Júlio (Thiago Martins) and Sandra Helena (Nanda Costa) in Pega Pega. The villain will assume he is behind the cheat. He will justify that he needed to find a way to get the police off the back of the fourth thief at the Carioca Palace in Globo’s seven o’clock soap opera.

In scenes planned to air in the chapter this Friday (8), the waiter will call to arrange a meeting with Malagueta. He will be suspicious that the rogue is involved in the appearance of new evidence about the Mirella (Marina Rigueira) accident.

On the appointed day, the advisor will be surprised by the presence of the three partners in the square where they always meet in the serials. “Is this a joke? I can’t be seen with you guys,” the ex-concierge will snarl.

“You’d better stay,” says Sandra Helena. “Is this a threat?” the bandit will retort. “We’ve always been loyal to you, what’s that for now?”, questioned Agnaldo. “It’s time for you to hear what we have to say,” Julio will ask.

After much insistence, he will sit at a table with the thieves. “What do you want with me?” he will ask. The former chambermaid will ask if he was responsible for planting the documents in the chief’s briefcase. “It’s no use denying it,” Julio will say, but his colleague will remain silent.

“I remember very well when you came to ask me for advice, if it was worth screwing up someone else’s life to solve a problem. So, was he the one you wanted to screw up?”, the blonde will add.

“Look, I’ve got more to do than waste my time with you guys,” the pack’s mentor will say, trying to get up, but he’ll be intercepted by the cronies. “Why are you doing this to Eric?”, Sandra Helena will press.

Maria Pia’s boyfriend (Mariana Santos), then, will open the game: “For Eric to worry about his life and stop helping the police”. The trio will argue that the entrepreneur can be unfairly arrested. “He will have a chance to defend himself,” the advisor will minimize.

A while later, he will throw the question to the assault partners: “I need to get rid of my skin. What do you want me to do?” The trio will say in chorus: “Give up”. Malagueta will say that he will not surrender. “The arrangement remains the same. No one delivers anyone. The rest is left to me”, he will say, saying goodbye to his colleagues.