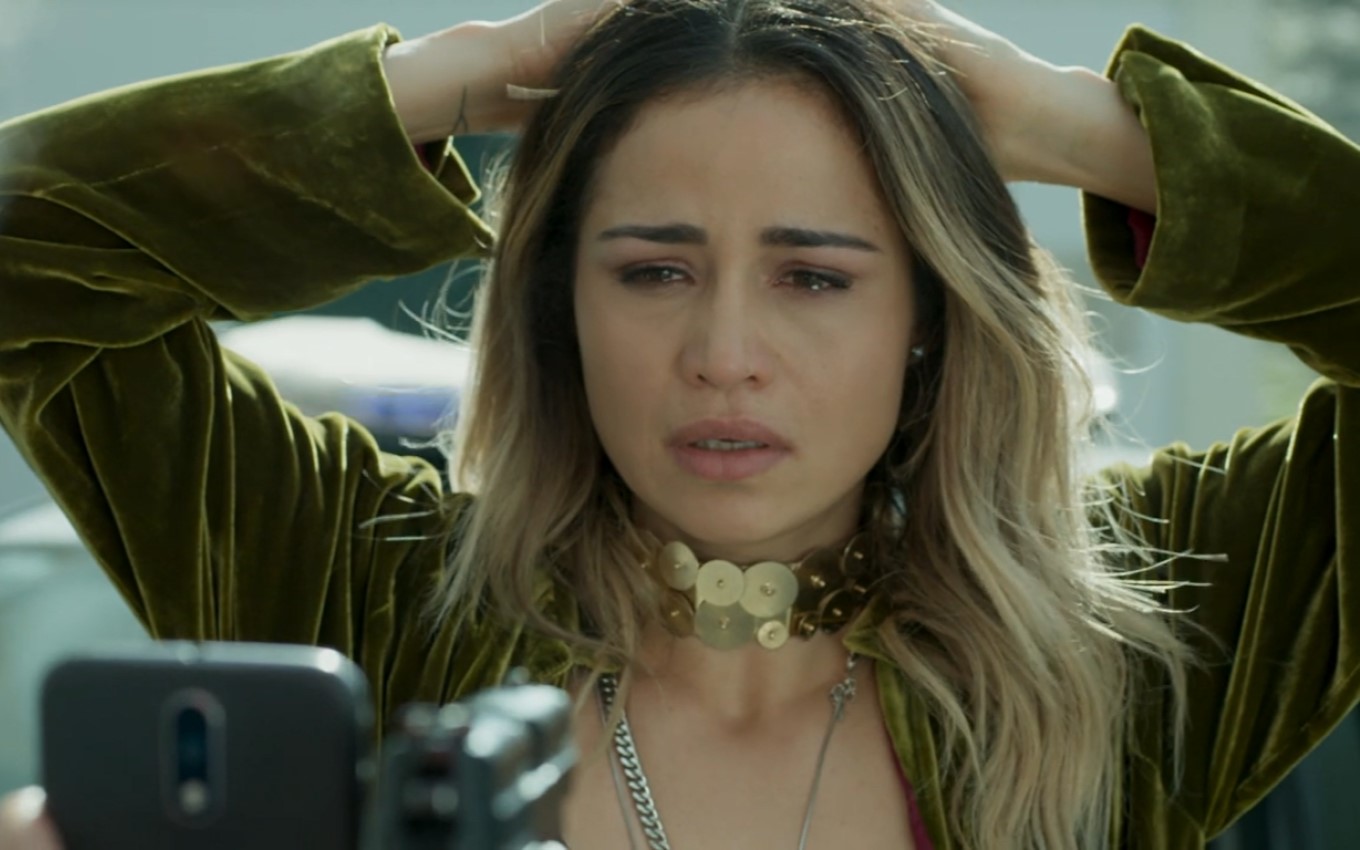 Second, 9/20 (Chapter 55)
Eric questions Athaide about his memories of Mirella’s accident. Malagueta is jealous of Maria Pia when he meets her with Lourenço. Sergio tells Sandra Helena that the judge will decide on the inheritance. Maria Pia fears that Malagueta will destroy Eric. Sabine tells Dilson that she will invest in a business for him.

Tuesday, September 21 (Chapter 56)
Sabine doesn’t like to see Dom in the kitchen with Magdalene. Agnaldo despairs when he sees that he ended up denouncing Sandra Helena to Domênico. Dom leaves Ligia’s house when he sees Sabine being hostile to Madalena. Eric puts Athaíde and Pedrinho face to face to make Lígia’s husband tell what he knows about Mirella’s accident.

Sabine examines the evidence of Mirella’s accident in Malagueta’s drawer. Pedrinho is startled when he wakes up next to Rúbia, who gets upset. Arlete demands that Pedrinho apologize to Rúbia for the way he treated her. Sergio tells Sandra Helena that the judge recognized her as Marieta’s heir. Malagueta reveals to Sabine that, in order to take control of the company, she must be Bebeth’s tutor.

Wednesday 9/22 (Chapter 57)
Sabine thinks about how to make Eric lose Bebeth’s guard. Pedrinho goes to Arlete’s house to thank her for the advice about Rúbia and invites her to dinner. Eric tells Domenico that Sandra Helena mentioned an amount of money and deduces that it is the stolen dollars.

Eric deliberately drops his cell phone when he gets out of Sandra Helena’s car, so he can track the former chambermaid’s footsteps. Eric follows Sandra Helena’s car to the airport. Sandra Helena puts some of the stolen money in envelopes and sends it to the employees of the Carioca Palace.

Thursday 09/23 (Chapter 58)
Expedito finds out from the airport cameras that Sandra Helena left with a suitcase from the locker room. Dom is moved by Madalena’s account of her childhood. Antonia gives Sandra Helena a prison sentence. Nelito tells Pedrinho about Sandra Helena’s arrest. Dom is arrested by police officers who mistake him for a bandit. Julio tells Malagueta that they need to talk.

Friday, 9/24 (Chapter 59)
Magdalene asks Cristóvão to go to the police station to help Dom. Dom is placed in a cell. Christopher asks Eric for help to free his son. Maria Pia tells Malagueta that Sandra Helena did not report him to the police. Eric tells Sandra Helena that he will ask Sergio to hire a good lawyer to defend her, as he himself will not be able to continue the work. Nelito shows the anonymous letter he received to Antônia, not knowing that it was sent by Sandra Helena.

Saturday 09/25 (Chapter 60)
Antônia deduces that it was Sandra Helena who sent money to Nelito. Pedrinho learns from Tânia that Sandra Helena distributed part of the stolen money to the hotel employees. Pedrinho is moved by the attitude of the employees who handed him the money and decides to give them a gift.

Cristóvão accompanies Dom to take Sabine to the hospital after he faints. Pedrinho dances with Arlete at Klub Strass. Antonia warns Eric not to get involved in investigation and police work.