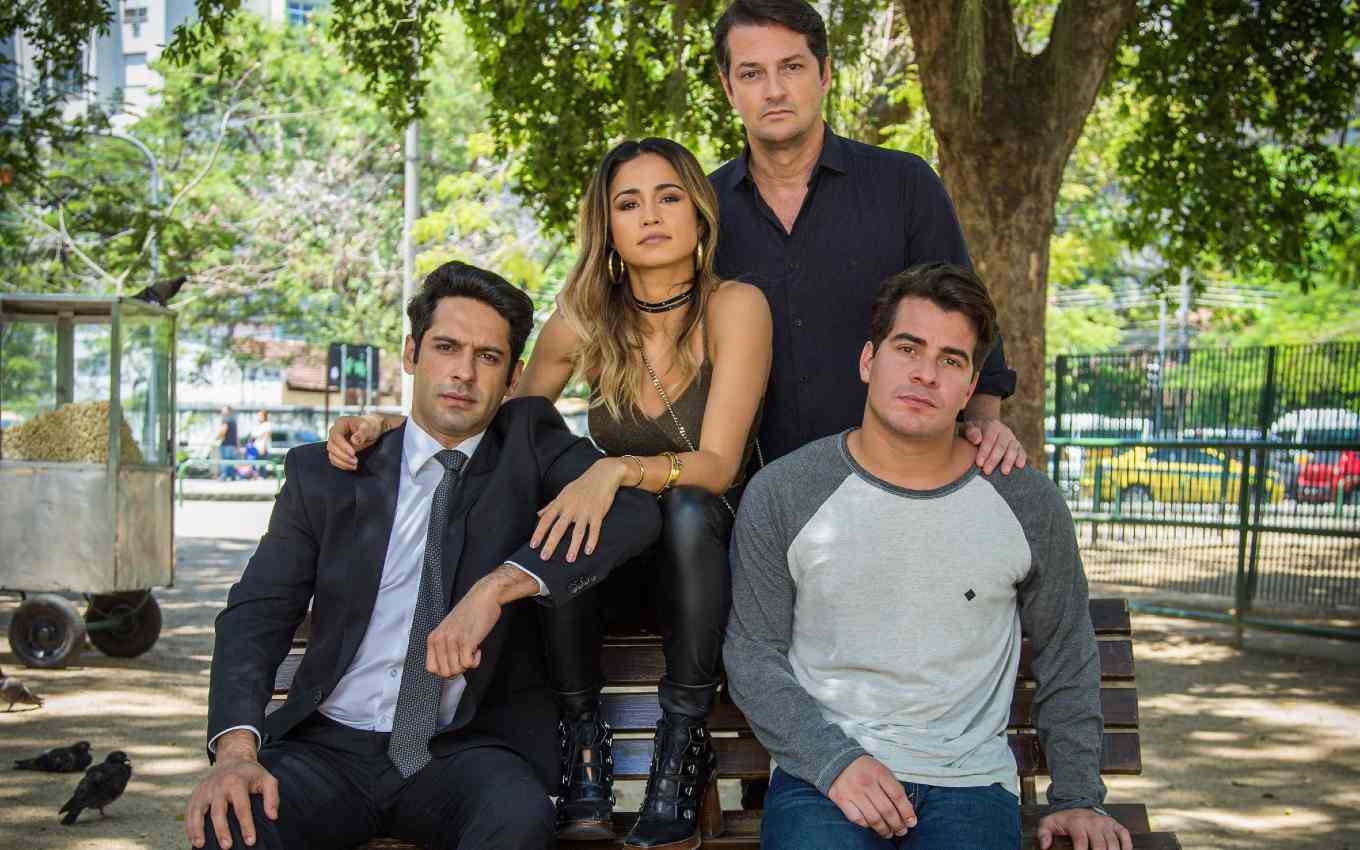 Pega Pega’s (2017) soundtrack will bring back the seven international classics and pop hits of the time. They are 30 songs that are part of the soap opera and were reunited in two albums. Most of the songs are themed by characters and couples in the plot.

The rerun of Claudia Souto’s serial will premiere on Monday (19) and will use A Hard Day’s Night, by the Beatles, recorded by Skank as the opening. The national version was made directly for Pega Pega and released the week before the first chapter.

Among the Brazilian artists who rock the scenes of the telenovela are Anitta, Iza, Milton Nascimento, Chico Buarque and Anavitória. Shakira, James TW, Amy Ward and Meghan Trainor make up the international singing team.

Recall some songs from Pega Pega’s soundtrack and which characters they were dedicated to:

The Beatles’ song A Hard Day’s Night was released in 1964 as part of an eponymous record. Already the version of Skank reached the public, at first, only in digital version, but was included on the novel’s first physical album.

The one-minute excerpt of the song used to open the serial plays along with a clip that uses the motion design technique and alludes to the robbery of the Carioca Palace hotel, a plot theme.

Music by Eric and Luiza

O leading couple of the story faces several challenges to stay together until the end of the plot. Eric (Mateus Solano) is a traumatized widower and father of Bebeth (Valentina Herszage), a teenager he doesn’t understand. Already Luiza (Camila Queiroz) had to give up the perks with which she grew up when she finds herself without money.

The song that plays in the couple’s romantic moments is Nervous, by Gavin James. Released in 2014, the sound starts with a guitar solo and describes the overwhelming effects of the beginning of a passion.

Music by Sandra Helena and Agnaldo

The couple Sandra Helena (Nanda Costa) and Agnaldo (João Baldasserini) started the plot dating, but the mishaps made the very troubled relationship.

The theme song of the ups and downs of these two is Essa Mina é Louca, a hit by Anitta released on the album Bang!, in 2015. The song was written in partnership with Jhama, and came before the singer’s international career took off.

Music by Malagueta and Maria Pia

The bandit Malagueta (Marcelo Serrado) will fall in love with Maria Pia (Mariana Santos) under very unusual circumstances. The woman tries to blackmail the Carioca Palace employee because she knows of the crime he committed, and asks him to help her win over her boss, Eric. This forced “partnership” will bring them together.

The song that marks the romance of casal MalaPia is Broke My Heart in Two, by Alma Thomas, released in 2017. It is an English version of the hit Você Partiu Meu Coração, by Nego do Borel and Anitta.

Music by Antônia and Julio

Investigator Antônia (Vanessa Giácomo) and waiter Júlio (Thiago Martins) will have a story with comings and goings throughout the plot. The relationship between the two begins to change after the robbery of the Carioca Palace, which the boy was part of.

The unlikely couple are sealed in love with Iza, with their version of I Put a Spell On You. The song was composed by Screamin’ Jay Hawkins and recorded by Nina Simone in 1964.

Director of a puppet theater company, Borges (Danton Mello) is also the father of Márcio (Jaffar Bambirra) and father-in-law of Bebeth. He will be responsible for transform Eric’s daughter’s hallucinations in a craft by teaching her how to manipulate her pet kangaroo.

The character will have moments to the sound of Quem Sabe That Wants to Say Love, a song recorded by Milton Nascimento and released in 2002.