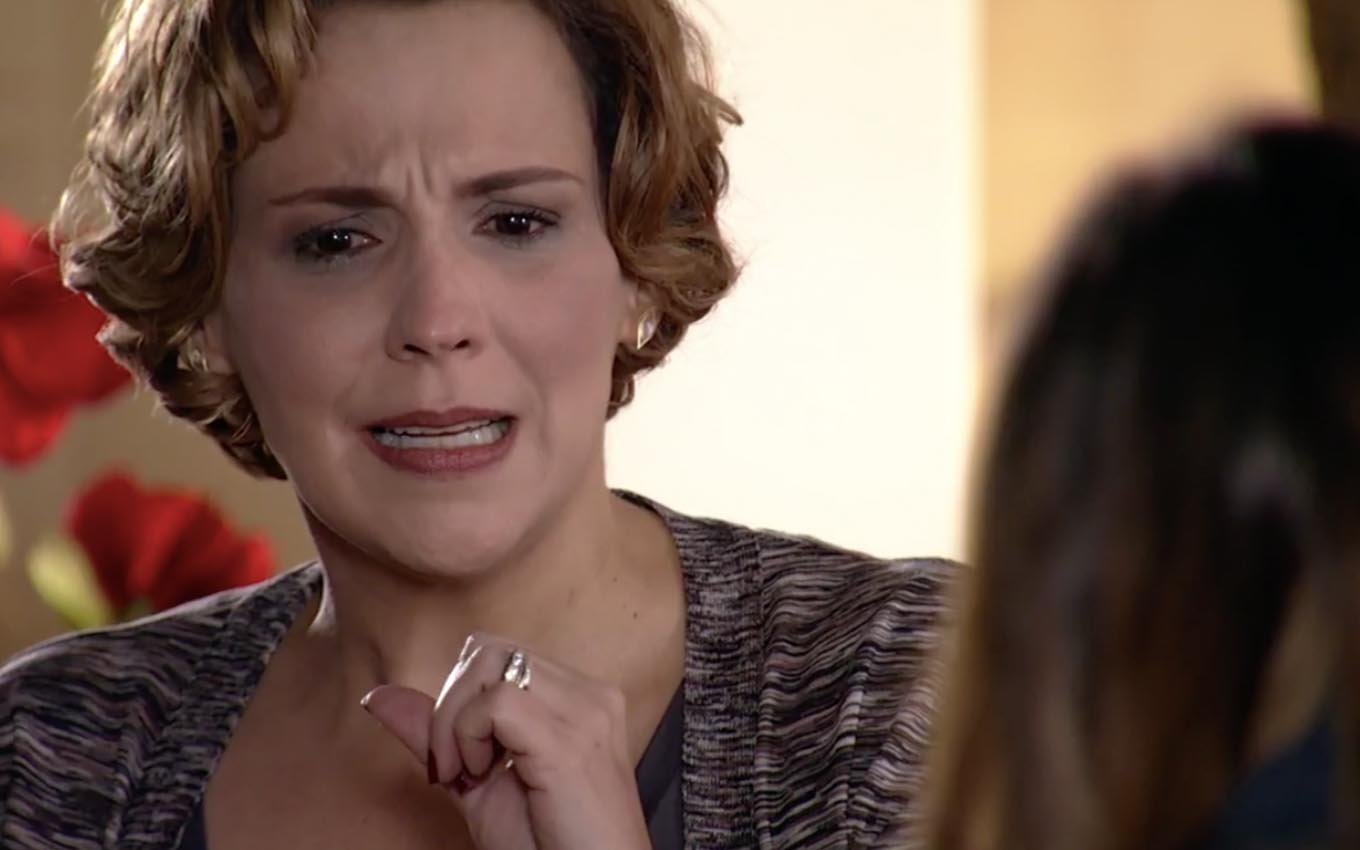 Ana (Fernanda Vasconcellos) will force Eva (Ana Beatriz Nogueira) to undergo “shock therapy” in A Vida da Gente. The former tennis player will pressure the vixen to revisit the past and understand why she is so hurt by Manuela (Marjorie Estiano). “Do you feel guilty about having an imperfect daughter?”, Will question the young woman in Globo’s six o’clock soap opera.

The villain never hid that the eldest daughter is her favorite in Lícia Manzo’s booklet. She always bet on the talent of the firstborn for sports as a way to turn the corner and erase the poor childhood in Gramado, in the mountains of Rio Grande do Sul.

Marjorie Estiano’s character has always been rejected for not having the same ability as her sister, since she was born with a physical disability. Instead of the tennis courts, she spent her first years under Maria’s skirt (Neusa Borges) – the one responsible for teaching her the recipes that make the buffet Delicias da Juju a success.

Eva, by the way, will go beyond all limits when setting up for Manuela to catch Rodrigo (Rafael Cardoso) kissing with his ex-girlfriend. She will jump with joy at the suffering of the chef, to the point of calling Ana to celebrate the feat on New Year’s Eve.

“Tune in, mom. She left the house, is breaking up, Júlia [Jesuela Moro] is devastated. And you come here to invite me to see the fireworks? “, Asks the ex-athlete.” The world will not stop because of that. They are just reaping what they planted “, will return the antagonist experienced by Ana Beatriz Nogueira.

In shock, Ana will demand that Eva do an examination of conscience to understand the reasons behind the feelings she has for Manuela. “I am here simply talking about justice, because it still exists. Didn’t she want to take what was yours? Well, then, now she is paying for what she did. She is taking the change,” added the viper.

The protagonist played by Fernanda Vasconcellos, however, will demand that the jararaca go deeper in her analysis. “It comes from the fact that I saw that sounds using you in that inert bed”, the bad character will insist in the scenes that will be shown on the 5th.

The former sportswoman will not give up and will force the matriarch to search the past for a reason. However, she will not be surprised when Eva puts her motives on clean plates:

There was never any rejection, quite the contrary. Your sister who always looked at me, since I was a little girl, as if I was guilty. That was it. As if I was guilty of something that no one knew. Listen, I spent what I had and what I didn’t have with a doctor, a physiotherapist. And if nowadays Manuela walks around normally it is thanks to me, my commitment and my effort.

Ana will understand that Eva refers to her sister’s difficulty in walking, which led her to limp for many years. “Listen to what I’m going to tell you. If you ever want to get close to me, break that barrier that keeps me from you, you’ll have to lower those weapons. You’ll have to stop fighting with Manu, understand?” the girl.