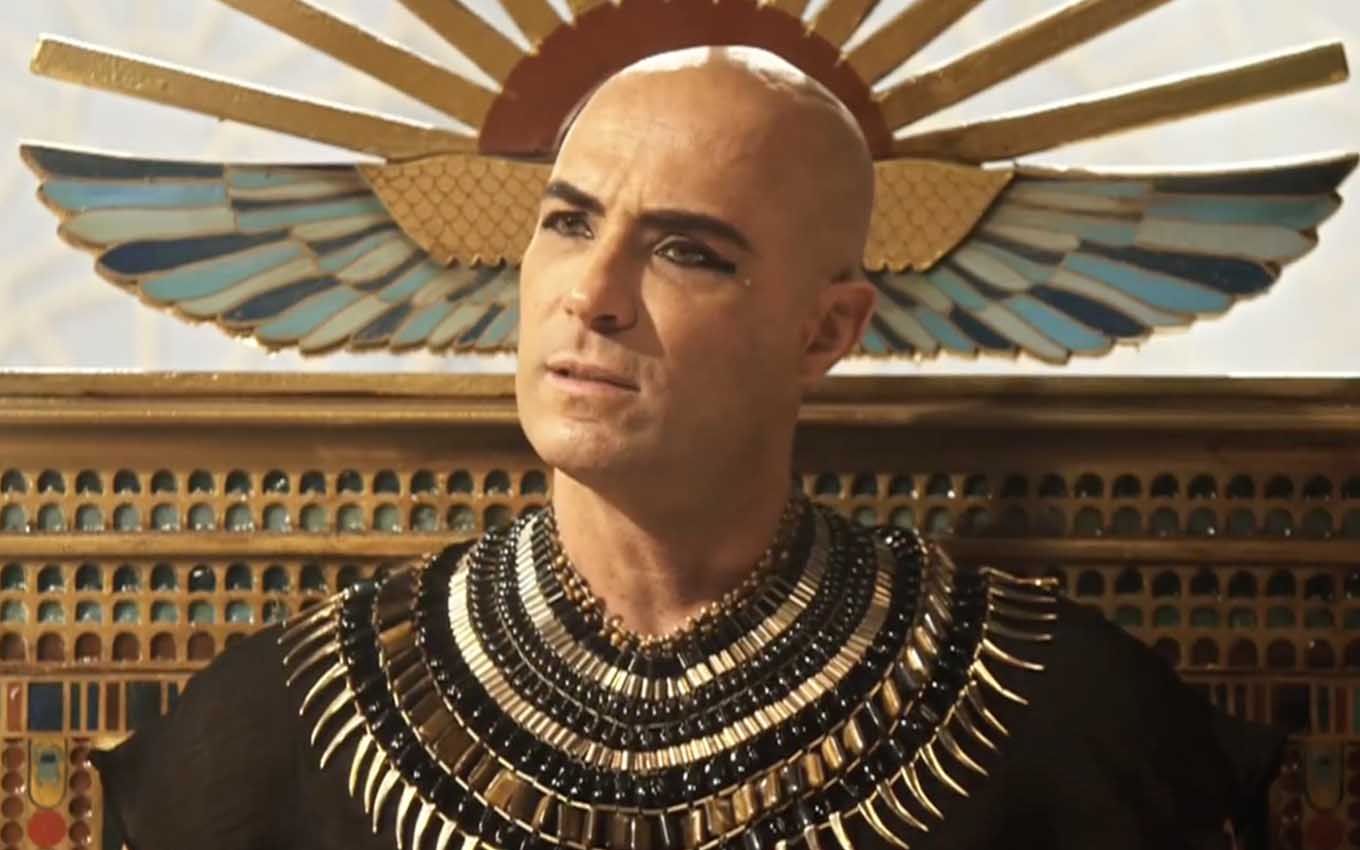 A box full of riddles left Sheshi (Fernando Peacock) with the flea behind his ear in Genesis. After none of the palace officials manage to solve the riddle, Amarilis’ brother (Mariana Alexandre) will boil with hatred when he discovers that the messages were sent by his greatest enemy — the dethroned pharaoh Apepi in the Record Bible novel.

The character of Fernando Pavão is the first ruler of Egypt not to have been born on the banks of the Nile in the serials of Camilo Pellegrini, Stephanie Ribeiro and Raphaela Castro. He is a Hyksos, a Semitic people of Indo-Asian origin, and he came to North Africa to put an end to his rival’s forty-year reign.

Not even Pentephres (Nando Cunha), one of the most powerful priests in the kingdom, was able to solve the mystery behind the messages, including a warning that “those who prepare against the strong blow do not feel a light touch”.

Sheshi will only find out who is behind the riddles when he receives a new message in the scenes that will be shown from this Thursday (2). “My congratulations to the sparrow that came to the eagle’s nest, expelled its chicks and now tries to fly like her. And then? Did you like my present?”, Menkhe (Renato Rabelo) will read.

“Who sent this? Say it at once,” the monarch will ask, seeing the scribe as white as a sheet of paper. “The message came from Apepi. The pharaoh you dethroned,” the nobleman will reveal.

Sheshi is going to be mad when he finds out that the archenemy managed to break through the palace’s security scheme. “But how is that possible? I demand explanations! I myself exiled Apepi. No wealth, no allies, no power at all. How did he manage to send this message?”

“Great lord of the two lands, frankly, I don’t know what to say,” laments Menkhe. “How did that cursed man get the message to reach the palace? Are not all messages and everything that enters that palace verified?” the pharaoh will add.

“Precisely, guardian of all beings. Absolutely everything is duly verified. I don’t know how Apepi’s message could have entered”, will respond Adurrá (Ricardo Lyra). “Bring me Potiphar now,” will roar Kamesha’s husband (Kizi Vaz) as he demands the presence of Egypt’s top general.