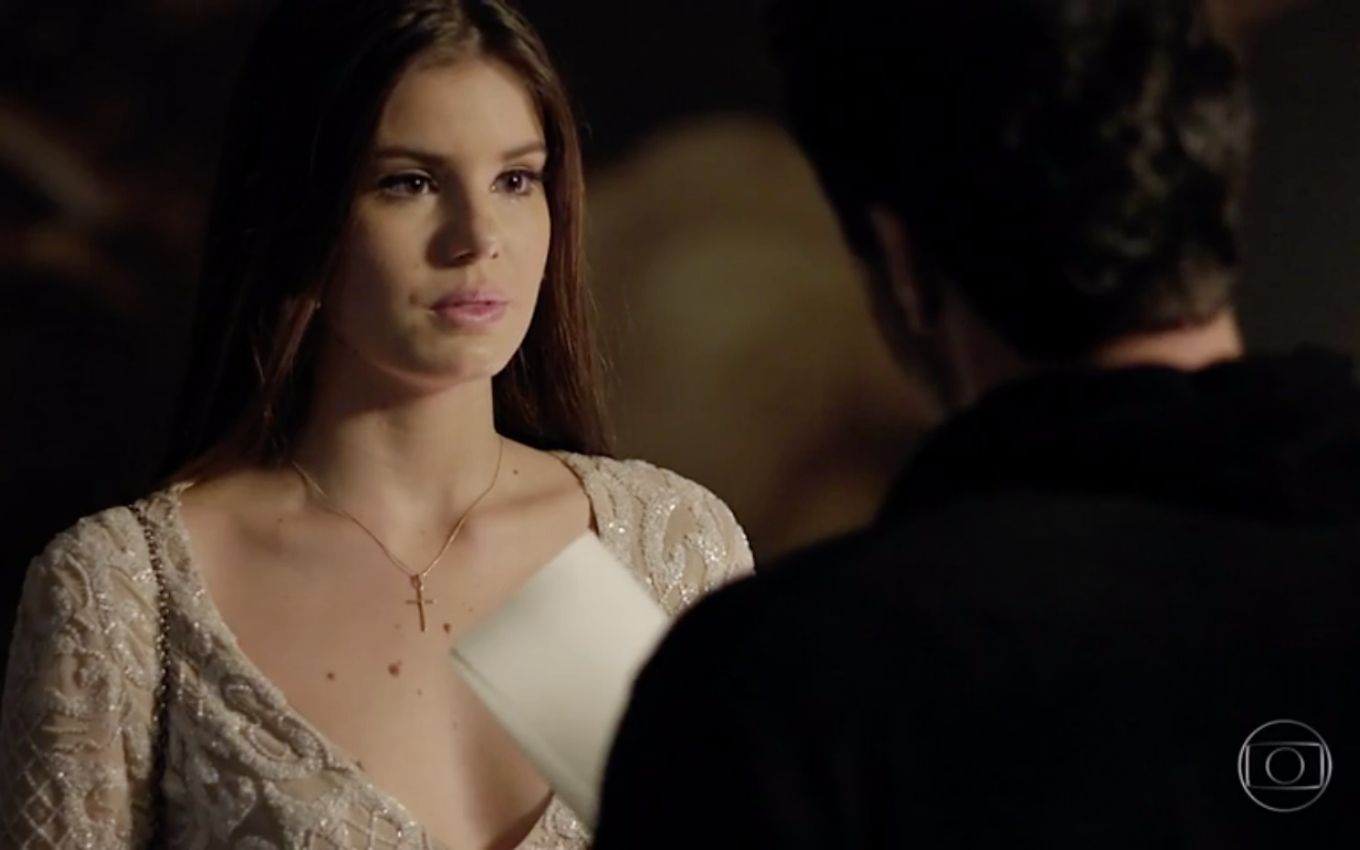 Models that make the so-called pink book –or prostitution–, like Angel (Camila Queiroz) from Verdades Secretas, can earn a fee of up to R$ 40 thousand reais a month in real life. O TV news he spoke with sources from this underworld who said they had already received basic proposals of R$250, while great professionals charge more than R$20,000 for a night.

In the plot written by Walcyr Carrasco, the protagonist is a 16-year-old teenager who dreams of being a model and shining on the catwalks. She enters Fanny Richard’s (Marieta Severo) agency and discovers an unglamorous reality, in which models earn money from prostitution.

The owner of the Fanny Models agency entices minors without the slightest concern and even charges a percentage of the fee for the programs. Although the story is a work of fiction, the offers also take place covertly in real life and are more common than you might think, according to former aspiring models who agreed to tell their experiences — without revealing their identities.

“I worked at an agency in 2009. I remember that at the time it was around R$250, R$300 per show, but it was super camouflaged, there was a lot of VIP presence in a nightclub in São Paulo”, says Cristiano*.

“I’ve seen from R$ 600 to R$ 20 thousand. But this in my environment, which was ‘lower’. These runway models that do work for very good brands earn much more. Because R$ 20 thousand they already earn income calmly with advertising”, analyzes Bianca*.

The young woman, who currently works only as an actress, also reveals that there are promoters who have opened up the pink book offer through chat groups in apps.

“I saw this amount even in a WhatsApp group that posted as many slots of ‘FR’, which is a pink record, as well as ‘FB’, which is a white record [apenas modelagem]. So there was always the administrator of this group as an intermediary. He wasn’t quite an agency, but he got those jobs,” says the 24-year-old actress.

For events, for example, they put a vacancy there saying they need a receptionist for such a fair, such a day, such a time. Then they put the fee like this: ‘FB: R$ 200 / FR: R$ 900. FB would only do the job of receptionist. FR would date someone later. In automobile events it happens a lot. But on the one hand it’s even good, because that way at least it’s clearer.

Model seen with MC Poze do Rodo in recent days and who became the target of gossip due to the recent end of the funkeiro’s relationship with Vivianne Noronha, Laisa Moraes has already admitted to having made a pink book worth R$ 4,000 for one night during an interview given in 2016 to the program A Liga (2010-2016), by Band.

At the age of 19, she was interviewed by Mariana Weickert for an issue about the pink book and spoke openly about her profession. “night is four [mil reais]”, she said. Asked about the monthly billing, the model said that she got an average of R$ 40 thousand.

See an excerpt from the interview with Laisa Moraes for the program A Liga:

Owner of the modeling agency Way Model Management, Anderson Baumgartner was questioned by the TV news on pink book in Secret Truths. For the top model’s manager Alessandra Ambrosio and Carol Trentini –who made special appearances in the plot–, the telenovela das eleven on Globo shows a portion of the world of models, but reinforces that the enticement does not happen within serious agencies in the market of fashion.

“I had the pleasure of talking to him [Walcyr Carrasco] when he was doing the laboratory and I also had a chat with Marieta Severo, during the backstage of São Paulo Fashion Week, when Carol Trentini made an appearance. I loved seeing some tips I gave there, especially about how the functional part of a modeling agency is,” he recalls.

“From the fiction side, which had all those prostitution stories, this has nothing to do with the genuine market and was part of the fiction told in the plot”, completes the executive.

I think what drives this fame is that the word ‘model’ has become trivialized. A person, whether from any profession, can call themselves a model, and modeling is: doing magazine editorials, fashion campaigns, perfume, fashion shows, traveling to international seasons. You can’t mix different professions.

Asked about the salary received by models, the director of Way said that everything depends on each job and the profile of each model. “A new face at the beginning of their career that is going to do a fashion show has an initial fee that can range from R$800 to R$1,000 per show. Some even make 20 shows in a fashion season,” he explains.

“A supermodel, who conquered the whole world, has important works shown internationally, this girl can earn up to R$ 80 thousand to R$ 100 thousand for a fashion show. It varies a lot, it depends on the career, the client, the type of work, of the time and places of exhibition if it is a campaign”, concludes Baumgartner.