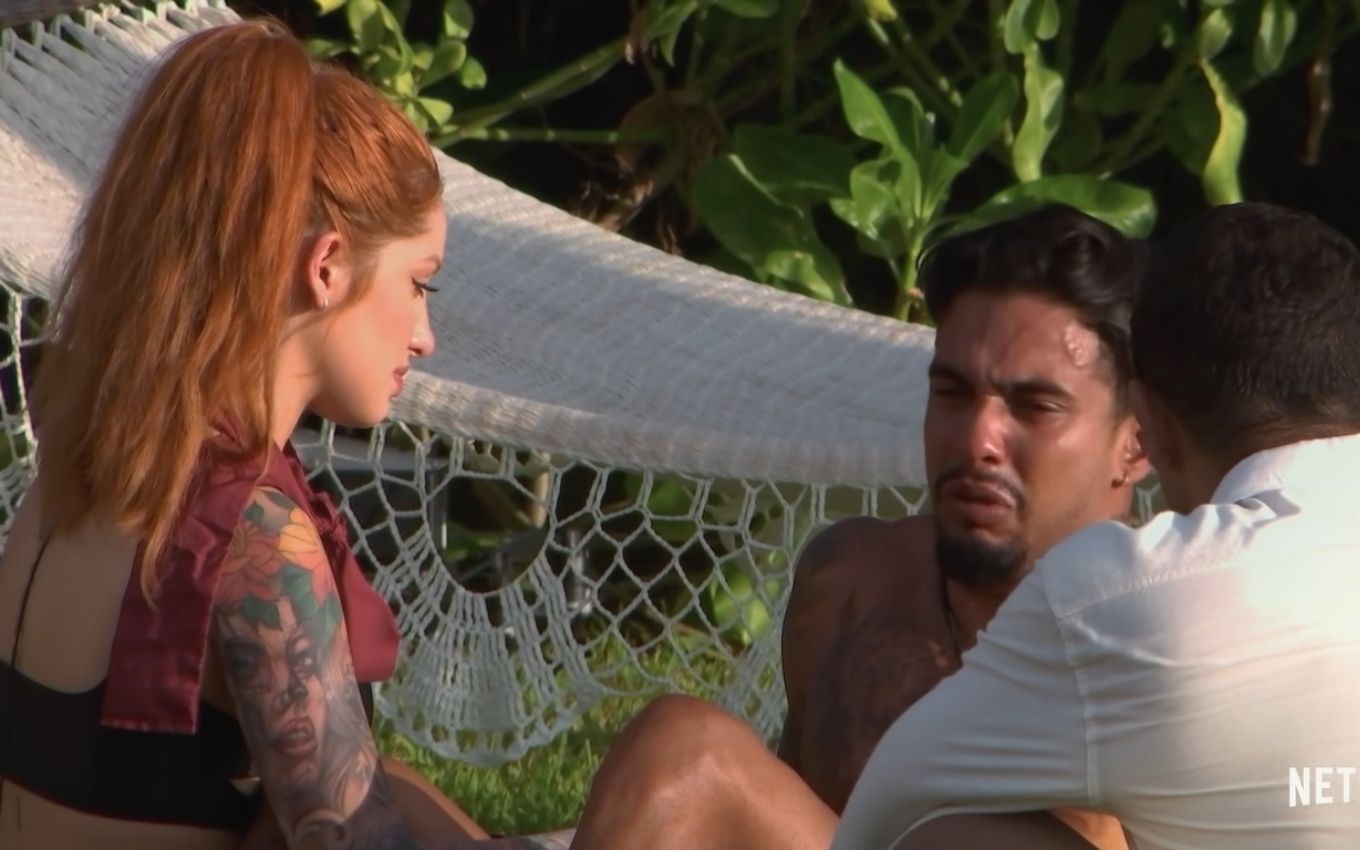 The first four episodes of Brincando com Fogo Brasil aired on Netflix this Wednesday (21) and showed that despite the similarities with MTV’s On Vacation with Ex, the dynamics are completely opposite. In the new make-out reality show, the “junk boys” suffered from the lack of sex, but the ones who hurt them the most were the women.

The program begins with ten young people getting to know each other in a heavenly mansion in Mexico. At least half of them use their first day without rules to kiss a lot on the mouth and get under the covers — on the first night, no one slept alone. The first couple soon formed: Matheus Sampaio and Brenda Paixão.

But on the second day the vacation seemed to be over for good. Lana, the virtual assistant, arrived to set limits on the participants and threw it in their faces that everyone, without exception, was used to physical and superficial relationships. To learn a lesson, the ten confined were challenged to go without any kind of kissing or sex, under the condition of losing the final prize money of R$100,000.

Forced to talk and learn more about each other, Matheus and Brenda soon got into crisis. The redhead did not like a proposal made by him and called him a bad character, hurting his ego. At the end of the day and after a lot of crying, the carioca decided to open his heart and confess his passion.

Participants Rita Tiecher and Leandro David also went from heaven to hell. The blonde, who had already kissed Davi Kneip and Igor Paes, decided to leave the two sucking fingers and invested in the swimmer, even earning a romantic dinner with him and the understanding of her housemates to break the rules.

The next day, however, Rita went back on her relationship with Leandro and started dragging a little wing to Igor again, but without physical contact — so far. The athlete suffered with the rejection and admitted that he had allowed himself to be involved with the carioca.

To complete, Rita and Brenda left their suitors during one of the parties to kiss hidden, but the two ended up seeing everything and did not accept the “cheating” very well.

If things were bad for Matheus and Leandro, for Davi it ​​was quite different. Kicked by Rita on the first day, the DJ vented with Kethellen Avelino and created a connection with her, even without even a peck. The two began to form a pair in activities with specialists in sex and relationships and got to know each other more and more.

After the approach, David and Keth ended up breaking the rules twice, but were not as understood as Rita and Leandro, which separated them from the group and made them unite even more. During a conversation about betrayal, the couple received a visit from Lana, who rewarded them.

As the two were at an advanced level of depth in their relationship, artificial intelligence gave them a watch. As long as the light was green, Keth and David could break the rules at will without any financial punishment.

Check out the trailer for Brincando com Fogo Brasil: