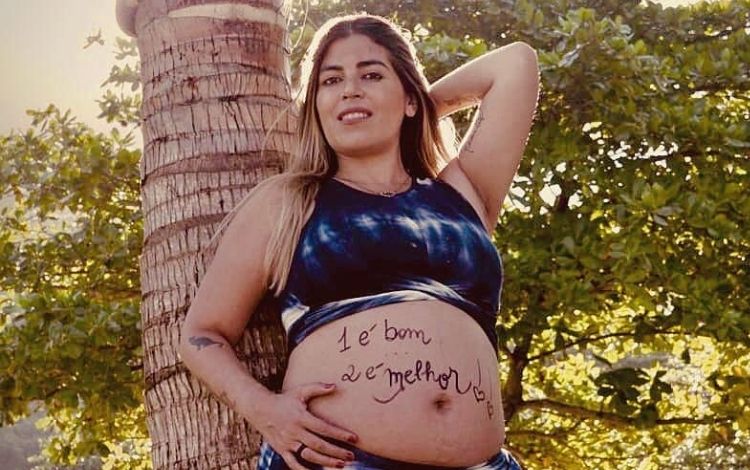 Rachel Pacheco, More known as Bruna Surfistinha, is pregnant with twins and, this Tuesday, the 11th, she revealed what the girls she is expecting will be called. The ex-call girl explained that the chosen names will honor an actress and a famous Brazilian MPB singer. “As soon as we confirm the pregnancy, on January 19th, my fiance and I started thinking about a name, because until then we thought it was just a baby. Luckily, like me, he also doesn’t like the idea of ​​putting a name that is in fashion at the moment ”, he started telling on Instagram. “I never imagined that it would be so nice to talk about names and play on Google to find out the meanings. In the first ultrasound we discovered twin pregnancy, something that made this moment a lot easier, after all, each one chooses a name. The initial decision since our first conversation continued: choose small, simple and strong names. I chose Maria, he chose Elis. Two simple names for strong and warlike women, ”he explained. Rachel said that she has not yet decided if her daughter will have a compound name or if it will be just Maria, but added that her choice is a tribute to the maries who marked her trajectory, especially the actress Maria Boop, who performed it in the four seasons of the series “Me Chama de Bruna”, from Star Premium. Regarding the other name chosen, she added: “Yes, Elis is in honor of Elis Regina! Maria & Elis are preparing to arrive in this world in September, two Virgins with their Scorpio mother and Cancerian father ”.