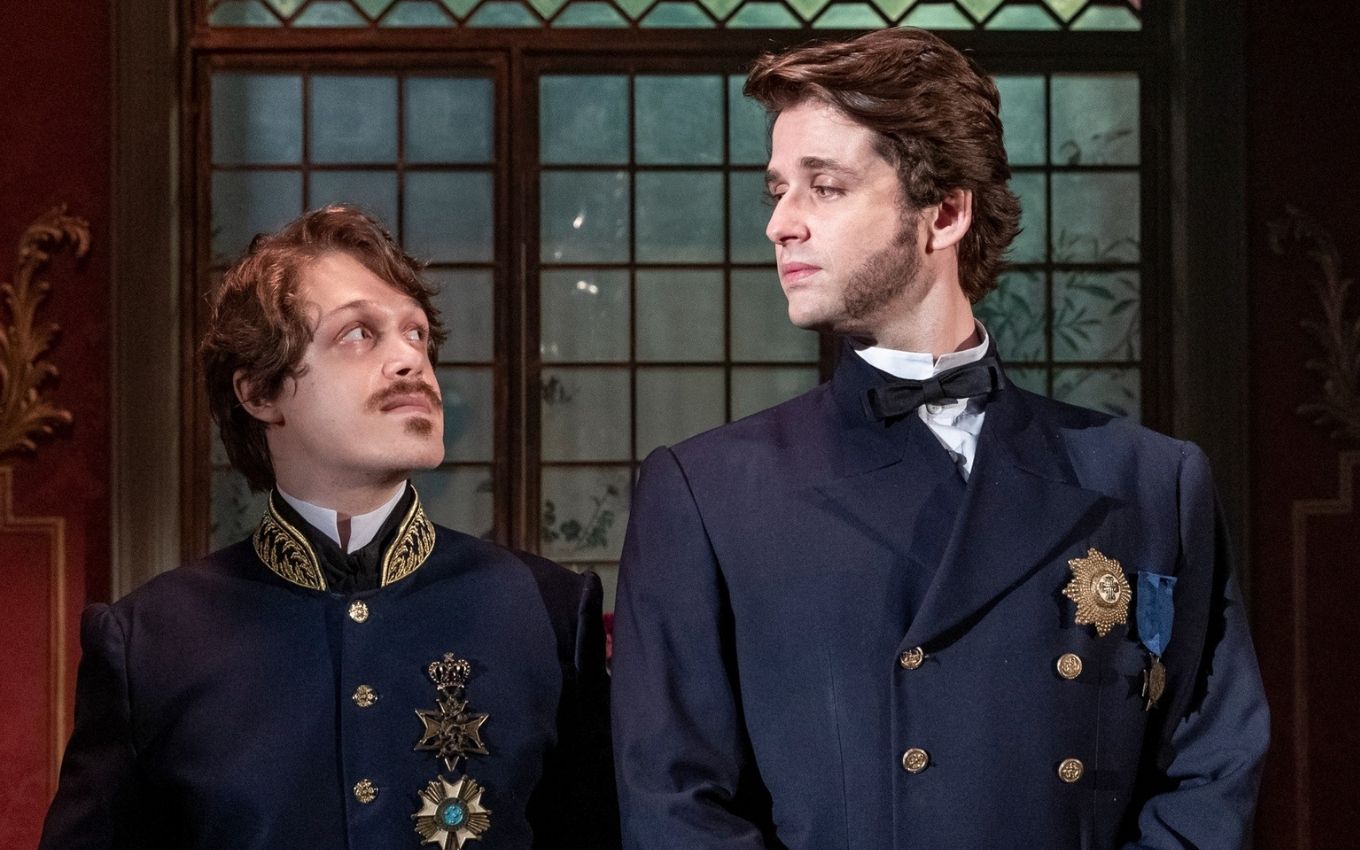 Princes Gastão (Daniel Torres) and Luís Augusto (Gil Coelho) will break their faces when they arrive in Brazil in Nos Tempos do Imperador. The nobles will discover that they were both promised marriage to Princess Isabel (Giulia Gayoso), the country’s future empress. They will revolt. Gastão will call the situation an “auction”, and the two will immediately threaten to return to Europe in the Globo telenovela.

No chapter scheduled to air this Wednesday (13), Europeans will be outraged to learn that they were made of Muggles. “The one who will marry Isabel will be me. The empress herself invited me”, Augusto will emphasize. “There must be some mistake. I received the same invitation from the governess of the princesses, the Countess of Barral”, Gastao retorted.

Embarrassed, Emperor Dom Pedro II (Selton Mello) will try to explain the situation. “The fact is that both are candidates for Isabel’s suitors. It is Isabel who will choose, if she likes one of you, of course”, will say the sovereign of Brazil.

The two received the same invitation due to an internal competition between Luísa (Mariana Ximenes) and Teresa Cristina (Leticia Sabatella). “Sorry, Your Majesty, but it means, then, that we are participating in a contest and we weren’t warned?”, Augusto will complain.

“We had to have been notified before we left Europe. Even to find out if our families would agree with this one… Auction!”, Gastão will complete. The cousins ​​will then say that they intend to leave Brazil, but Pedro will put on warm cloths.

“I admit that there was a mistake, a haste on the part of the Empress and the Countess. Well, as you know, we have two daughters. He who does not marry Isabel will be able to marry Princess Leopoldina”, the emperor will argue.