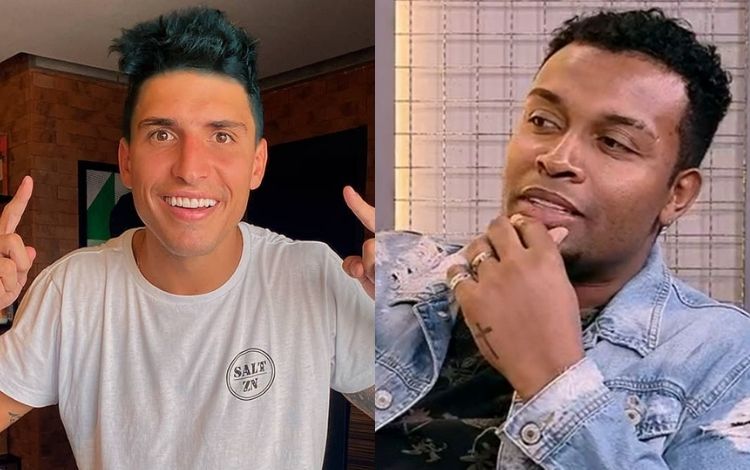 The former BBB Felipe Prior did not like the statements made by Negotiable on about it within the “BBB 21”. During his participation in the Flow podcast, the architect hinted that he will sue the comedian, who left with one of the biggest rejections in the history of Globo’s reality show. “I am not going to give him media. My lawyers at the right time will know what to do. I never said anything about anyone, I never pointed a finger at anyone, I don’t give my opinion without being sure of anything ”, said Prior. It is worth remembering that when he was still inside the house, Nego Di commented with Karol Conká, Viih Tube e Lucas stretcher who believes in the rape charges faced by the architect.

“I thought Prior was a f * ck, he was a gambler, then when the girls’ abuse stuff appeared, I stopped following him, because I don’t believe that more than one girl will accuse the guy of the same thing at different times and it will be a lie. For me, he did it and deserves to go to jail, ”said Nego Di at“ BBB 21 ”. Prior said that he was tried at the biggest broadcaster in the country and stressed that the comedian needed to be careful with what he says inside the most watched house in Brazil, because people have families outside. “What he said to me was very serious, my mother hasn’t slept in a year because of that [as acusações]. He didn’t play without thinking, he played thinking, he played to promote himself, but not on my back ”, said the ex-BBB, who believes that the comedian approached the girls by strategy since in the“ BBB 20 ”the behavior of men was widely criticized by the public.

Prior beating the bastard of the black man

nego di talking about the prior # BBB21 pic.twitter.com/zVjjVbMkvo