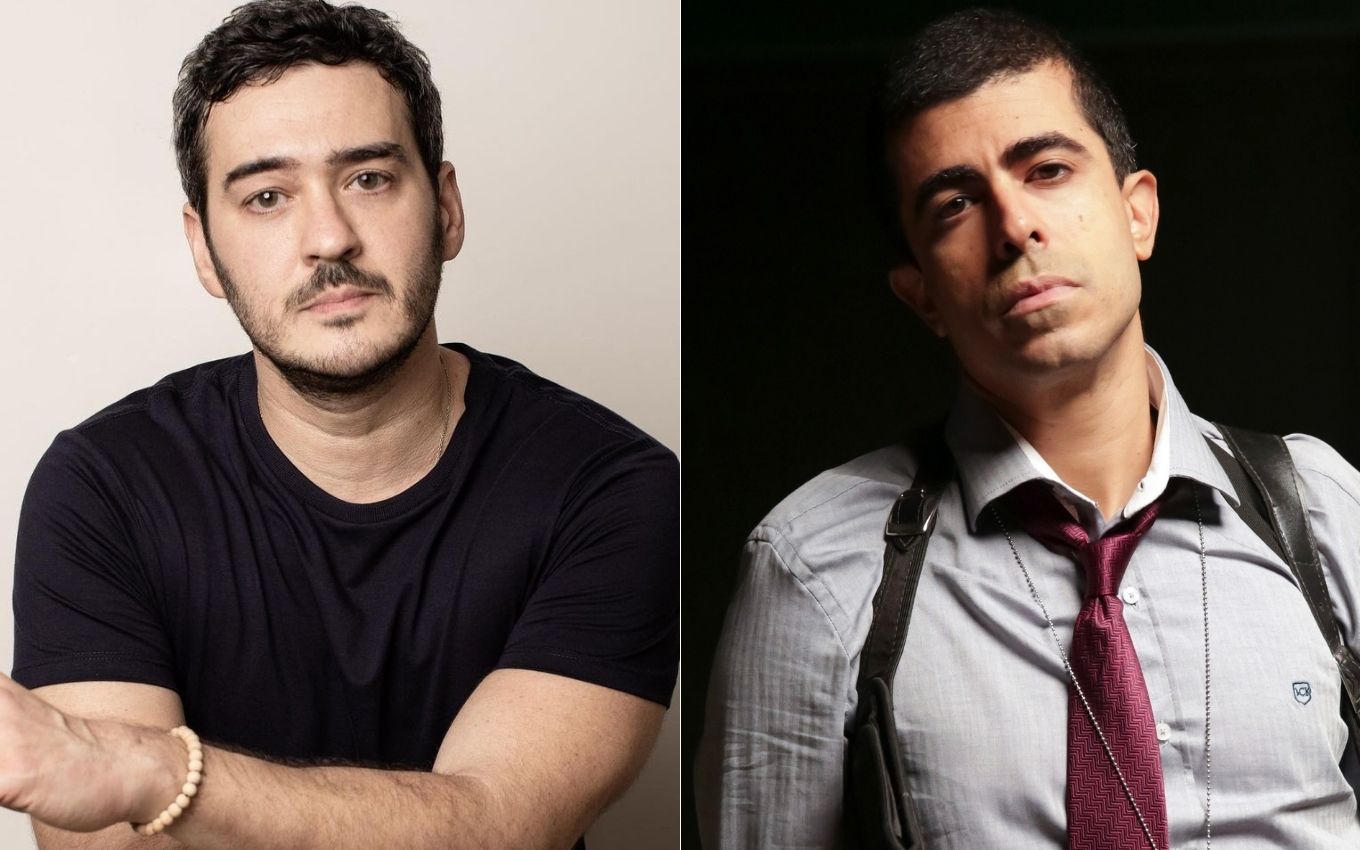 Legally prohibited from quoting Marcius Melhem on social networks, Marcos Veras managed to overturn what he had defined as “censorship”. The former director of Humor at Globo has filed a lawsuit against the actor for having taken offense at the publications Veras made in defense of Dani Calabresa — she accuses him of sexual and moral harassment.

In June, the court ordered the interpreter of Domênico in Pega Pega (2017) to remove the content from the internet and not to quote any more about Melhem. Veras didn’t like it. He filed an appeal and is now free to name his former colleague. But with one note: don’t insult him.

In late 2020, when the Melhem scandal surfaced, Dani received support from the artistic class. Veras was one of them. He made posts on Twitter and Instagram in which he sympathized with his friend: “May Marcius or anyone else who has agreed to this account for his actions”, “May Marcius pay for what he did” and “May this criminal pay for what did”.

Melhem went to court against the comedian in a moral damages suit for considering that he had been attacked. In June, judge Luiz Felipe Negrão, from the 2nd Civil Court of Barra, in Rio de Janeiro, ordered the 41-year-old actor to withdraw the posts and even forbade him to make new publications about his rival. He considered the phrases to be “potentially harmful”.

“I grant the provisional relief of urgency intended in order to determine that the defendant Marcos Veras does not write on his social networks [Instagram e Twitter] no reference to the author Marcius Vinicius de Assis Melhem until the final judgment of the present action. I also determine the removal of all messages published on the aforementioned social networks of the defendant that have already been made in allusion to the plaintiff, counting from the time of the fact”, defined the magistrate.

Veras complied with the court order and deleted the entire content of its pages. However, he filed an appeal in which he questioned the rule that he could no longer quote his professional colleague at all.

O TV news had access to the records containing the actor’s arguments. According to a report by judge Claudia Telles, from the 5th Civil Chamber of the Court of Justice of the State of Rio de Janeiro, the artist felt censored.

“As for the obligation not to make an imposition –not to write on their social networks any allusion to the appellee– he alleges, in short, that it offends freedom of expression, censors his speech in advance and impedes the right of defense, and may have consequence, the impossibility of defending oneself against any texts, news and/or accusations of third parties and/or the appellee himself”, says the opinion.

“[Veras] it denies that it has issued offenses or unfounded accusations and alleges that it acted in accordance with the law and under the mantle of the constitutional principle of freedom of expression, narrating, in short, that, upon learning of the information disclosed in a national magazine, it publicly communicated its support for the alleged victim of acts of harassment, with whom he has a close relationship of friendship”, is stated in the document.

Upon analyzing Veras’ observations, the judge reformed the first resolution. So, since August 31, the actor can make publications citing the 49-year-old former director. It just can’t offend you. “I vote in the sense of partially granting the appeal solely to, limiting the decision to the initial request, determine that the defendant refrain from posting messages offensive to the name, image and honor of the plaintiff, especially those that attribute to him criminal and criminal facts such as harassment, the decision being maintained,” wrote Claudia Telles.

That detail was what Veras wanted. The initial ban on not naming Melhem under any circumstances had left him unsatisfied. In the report, Daniel Pitanga, the artist’s lawyer, considered the progress of the case to be favorable for his client.

“We filed a bill of review for this decision to be overturned because there was a tone of censorship, and the decision was overturned. We understand that the appeal was successful. When the Court of Justice partially reformed it, it ensured freedom of expression. Justice and we will wait for the regular processing of the judicial process”, he concluded.

Marcius Melhem will not appeal the decision. For the former director, the change of determination is also in his favor, since he just didn’t want to be mentioned in offensive content.

In a note sent to TV news, Melhem’s legal counsel reiterated that at no time did his client want to create obstacles to “free expression or expression by anyone”. Read in full:

“Marcius Melhem clarifies that the Court of Justice of Rio de Janeiro confirmed the decision rendered by the lower court judge in the indemnity action filed against Marcos Veras, which determined the removal of offensive messages posted by the defendant against the plaintiff on their social networks, as well as to refrain from further posts in relation to Marcius.

The Court only partially accepted Marcos Veras’ interlocutory appeal to clarify that the lower court judge’s determination that ‘Marcos Veras should not write in his social networks any allusion to the author Marcius Vinicius de Assis Melhem until the final judgment of this action’ , ‘exceeded the request made by Marcius, which was restricted ‘to posts offensive to his name, image and honor, especially those that attributed to him criminal and criminal facts such as harassment’.

Precisely for this reason, Marcius will not file any appeal against this decision. Marcius reiterates that, at no time, did he intend to impede the free expression or expression of anyone.

He understands, however, that there are limits to such demonstrations, which cannot be carried out irresponsibly, so much so that he only filed lawsuits against those who offended him, cursed and publicly slandered.”

The feud with Veras is just one chapter in the extensive legal fight that Melhem promotes. In addition to Veras, he also sues Danilo Gentili, Felipe Castanhari and Rafinha Bastos. For the former director, they all offended him and accused him of an unproven crime.