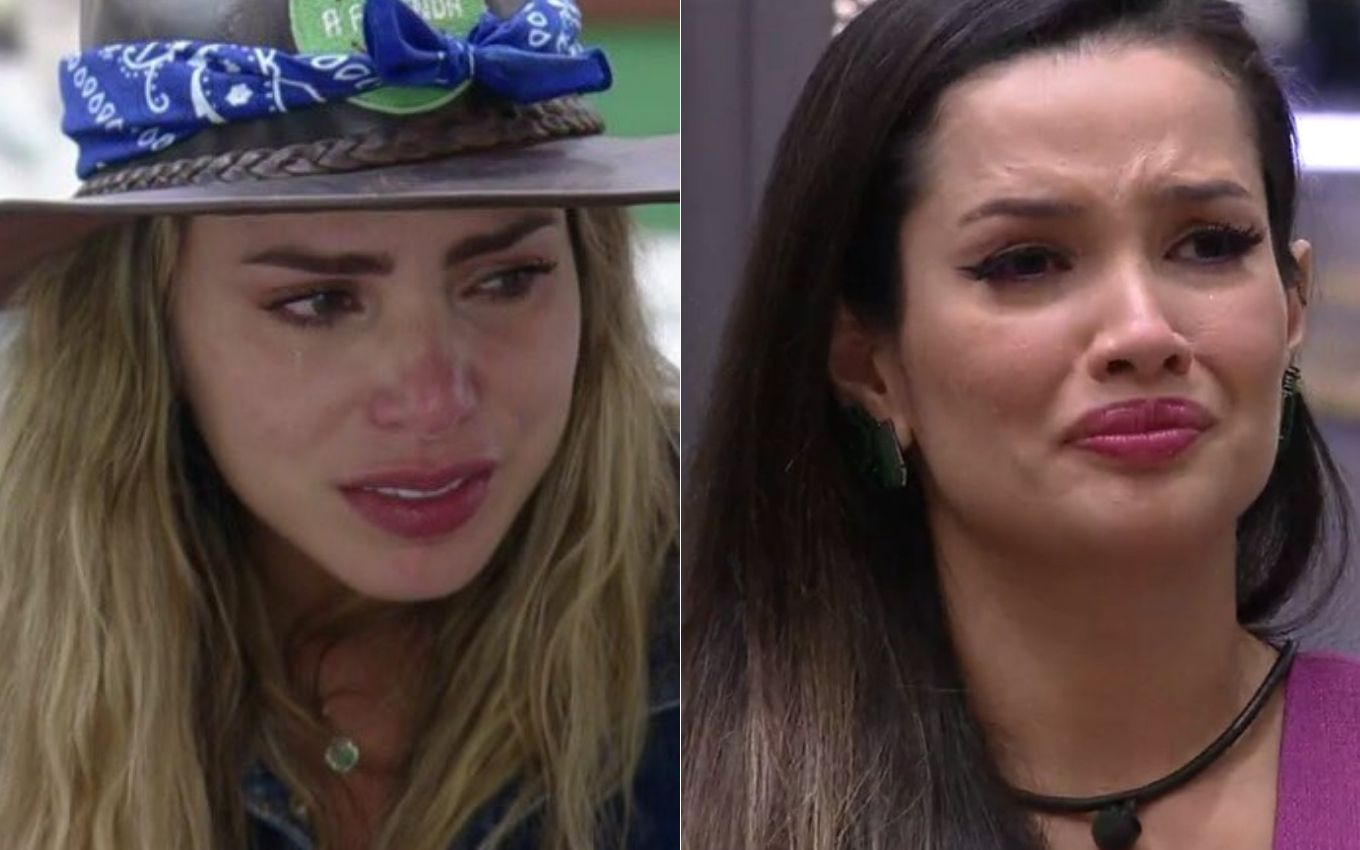 After getting rid of the fields and conquering the farmer’s hat in A Fazenda 13, Erika Schneider was judged and persecuted by most of the program’s participants. Faustão’s former ballerina had her decisions challenged and her feelings silenced by her colleagues in confinement, as happened with Juliette Freire at BBB21.

Like the girl from Paraíba, Erika has been going through a difficult start on the reality show. Ignored in her role of authority, the blonde was branded bossy, abused and petulant, in addition to not being able to talk about how she really feels.

Flamboyant and full of jokes in her entry on Globo’s reality show, Juliette was also called abused by some brothers, who didn’t listen when she tried to talk about her feelings and the judgments she was suffering.

Another similar event between the two inmates is the frequency with which participants mention their names behind their backs — most of the time, to criticize or question their intentions or something they have said before.

Despite arising for different reasons, the situations made both participants feel alone and wronged. While Juliette was excluded because of her manner, Erika was persecuted for denouncing acts of machismo.

The result in front of the public, however, is practically the same. The lawyer and the dancer were welcomed on social networks and won an ever-growing crowd. Paraiba’s name constantly appeared among the most cited terms on Twitter, while the phrase “Erika is innocent” reached fourth place in trending topics.

Juliette ended her reality show as a champion and with more than 24 million followers on Instagram. Although Erika doesn’t show a phenomenal engagement on social media, the path to the award for A Fazenda 13 is completely open for the dancer.