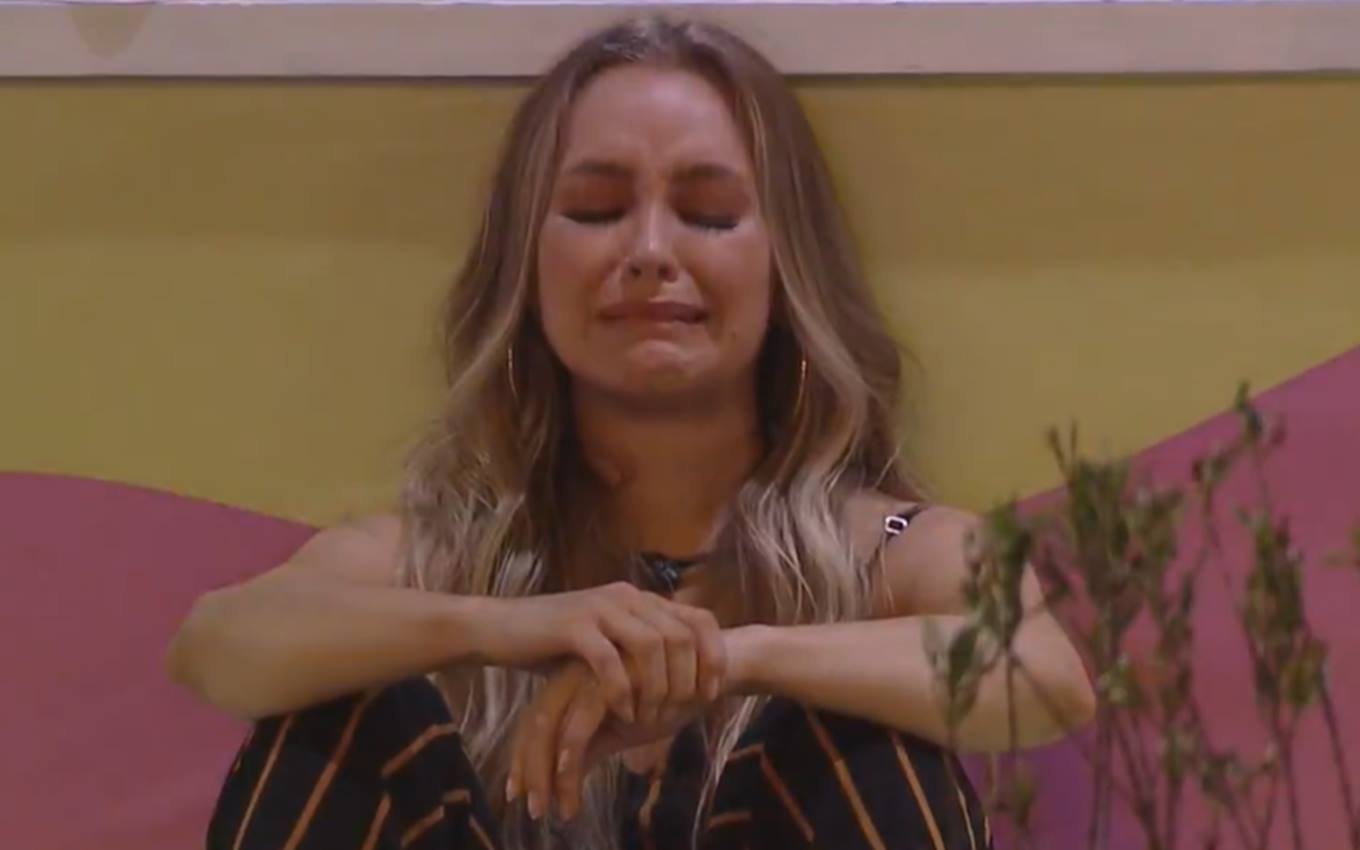 Without shacks, the BBB21 party served as the stage for the quadruple kiss between Fiuk, Juliette Freire, Gilberto Nogueira and Sarah Andrade. The scene, however, did not please Thaís Braz, who is a bit behind due to the approach of Fábio Jr.’s son with Sarah. Carla Diaz cried in secret from the other participants.

The fraternization of the brothers began with a show by DJ Pedro Sampaio. Later, Lexa and Luísa Sonza came in to shake the house. After the presentations, Gilberto Nogueira and Arthur Picoli started drinking all of them. “I’m going to drink, be a fag drink,” joked the economist.

As soon as the drink came in, Arthur decided to talk to Carla Diaz, who stayed at the house. With the romance shaken, the crossfit instructor took on a strange speech. “I’m more of a problem than you think,” he snapped, without elaborating.

Throughout the party, the two remained distant. The brother preferred to spend time with other players. In conversation with Rodolffo Matthaus, the capixaba ended up discovering a gossip. The sertanejo revealed to the physical educator an episode of betrayal involving the surfer Gabriel Medina. “Jumped the fence”.

Viih Tube also starred in some gossip scenes at night. The youtuber talked about Carla’s attitudes on the reality show and pulled Arthur’s balls, showing that her friendship with the artist is very shaken. “Don’t blame yourself,” said the influencer.

Off the track, Thaís continued to insist on the only subject that interests her: Fiuk. Upon seeing the singer close to Sarah, the dental surgeon suggested that the digital marketing consultant is interested in the musician. “You’re trying,” he accused.

Fiuk, in turn, carried out a quadruple kiss with Gilberto, Juliette and Sarah, making Thaís even more irritated. “Would you like to see your boyfriend peck on another?” She asked in conversation with Viih Tube. “Stop being crazy,” asked the influencer.

While the dentist was biting jealously by Fiuk, Pocah thought only of her. The funkeira revealed that she did not like Thaís approaching Viih Tube on BBB21. “I didn’t want to feel [ciúme]”, lamented the singer.

Throughout the night, Sarah was also irritated, but for another reason: the blonde lost 300 parcels after taking the cooler with drinks in the pantry, a role that falls to the leader of the house.

Inside the house, when the night turned to day, Carla burst into tears and vented to João Luiz Pedrosa about Arthur’s change in behavior. “I don’t know what it is. He says it is [uma] question with him, who has nothing to do with me, but was not looking at me. He started to say that he was feeling guilty that everyone got away from me a little bit. I do not know. [Ele] changed, “he lamented.

Arthur also shed tears during the party. The brother received an advice from Juliette and was unable to contain the emotion. The sister asked that the capixaba leave a little aggression aside.

Kiss on the forehead and:
“I’m more of a problem than you think.” – Picoli, Arthur.# bbb21# FESTABBB21pic.twitter.com/zC2jFKy1U7

Gil saying that he would be cheering a lot out here for Camilla and she underscoring the admiration and identification she has for him. 💖 # BBB21pic.twitter.com/pIMt19cruB

Gil did what many people wanted IN ONE NIGHT # bbb21pic.twitter.com/gAMZviRrWL

A quick check in tears …
Did you cry or not? 👀# FESTABBB21#CeAnoBBB21 Juliette Arthur # BBB21pic.twitter.com/q2KFmH4POq