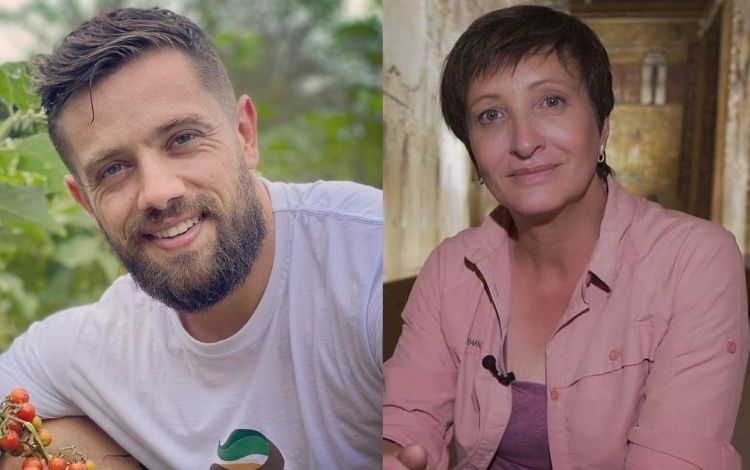 Actor, who recently underwent heart surgery, told how the journalist helped him during this period

Reproduction/Instagram/raf.aelcardoso9/soniabridi/16.07.2021Rafael Cardoso said that his mother-in-law, Sônia Bridi, is like a mother to him

The actor Rafael Cardoso he was thrilled to talk about his relationship with his mother-in-law, the special reporter for “Fantástico” Sonia Bridi. The artist, who is currently on air in three soap operas on the Globe — “Our lives”, “save yourself who can” e “Empire” —, is married to Mariana Bridi, daughter of the journalist, for eight years and together they have two children Aurora, 6 years old, and Valetin, 3 years old. The global heartthrob underwent heart surgery in June this year, as he needed to implant a cardiac defibrillator. During his participation in “Mais Você” this Friday, 16, Rafael cried when he heard his mother-in-law’s testimony about how difficult this period was. “I will confess that I was scared. I’ve spent a few sleepless nights worrying since Rafa was diagnosed. I was with him [no dia]. The idea that he could die at any time… a sudden death is a very serious thing and it happens more often than you think. He’s fine, he’s back in training, he’s getting strong and now I just have to live a good, healthy and normal life to continue taking care of my grandchildren, who are the most beautiful thing in the world”, declared the journalist.

Rafael needed an operation after discovering that he suffers from congenital hypertrophic cardiomyopathy, a genetic heart disease that triggered a fibrosis in the heart muscle, which could lead the actor to sudden death. After hearing Sonia’s account, the actor said that she is more than a mother-in-law to him. “She was responsible for me looking for care, she was the one who was on my toes. We are in denial, normally, when there is something. She played the role of mother because I lost my mother when I was 11 years old. She stayed by my side, pulled my ear, she took me to take the exam”, he said emotionally. The artist took the opportunity to thank the reporter for everything the reporter has done for him and his family. “Thank you, Sonia, for the mother and mother-in-law you are. Lots of love”, he concluded.