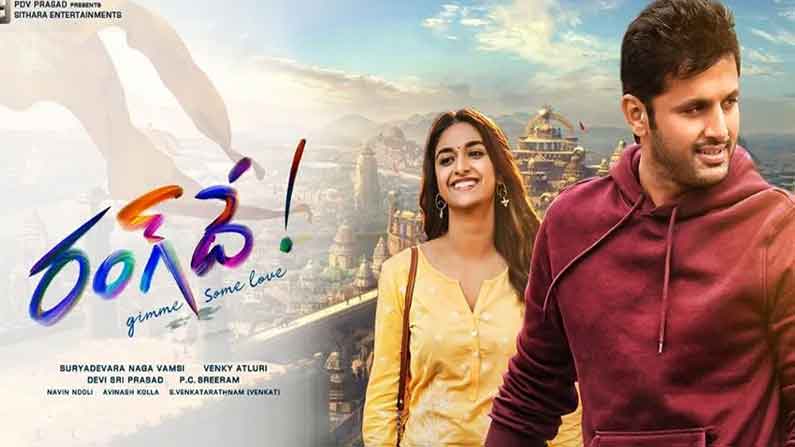 RangDe movie Trailer: Rang De is the latest movie starring young hero Nitin and Kirti Suresh. The film was directed by Venky Atuluri. The movie will be coming out to the audience soon.

RangDe movie Trailer: Rang De is the latest movie starring young hero Nitin and Kirti Suresh. The film was directed by Venky Atuluri. The movie will be coming out to the audience soon. Presented by Devi Prasad, the film is being produced by Suryadevara Nagavanshi under the banner of Sithara Entertainments. Legendary cinematographer PC Sriram is working as the cameraman for this film. This is Nitin’s 29th film. Chitraunit has recently released the trailer of this movie.

The posters and teasers also created a huge hype on the movie. This has further increased the expectations of the movie lovers on this movie. It is known that ‘Bhishma’, which was previously a Nitin-Rashmika Mandanna duo, was a blockbuster hit. After that, the movie ‘Check’ starring Nitin, Rakul Preet Singh and Priya Prakash Warrior in the lead role was released recently. But at the box office, the film fell apart. With this, Nitin had high hopes for ‘Rangde’. Nitin is eagerly waiting for another hit with this movie. The film is set to release on March 26.

If you watch the trailer, it makes sense that the two are going to show in this movie how many troubles they got married in unexpected situations where they did not sing to each other since childhood. It seems that there is enough emotion in this movie which is being screened as a complete family entertainer. Devisree Prasad Eesinima provided the wonderful music. The songs that have already been released impress the audience. The latest trailer has sparked interest in the movie. Take a look at this trailer.

Taapsee Pannu: Tapsee made interesting comments .. Do you mean that heroine .. What netizens are saying ..