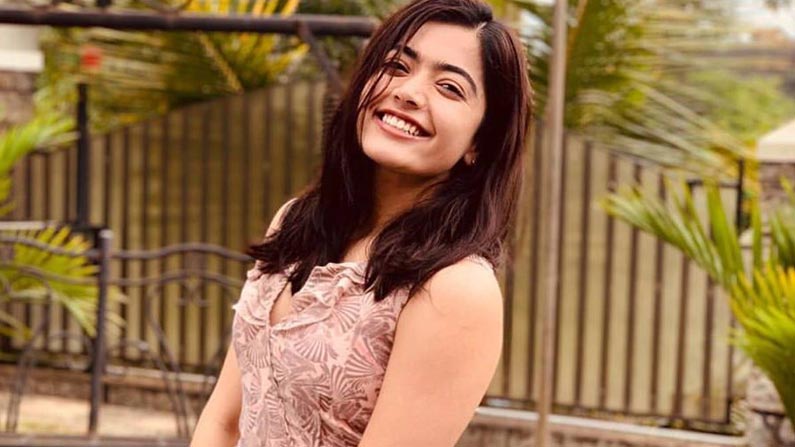 Beauty Rashmi Mandana, who is more of a Tollywood top heroine than a lesser heroine. Now everyone’s attention is turning to him.

Rashmika Mandanna: Beauty Rashmika Mandanna who is more to the top heroine of Tollywood than the lesser heroine. Now this bhama is turning everyone’s attention towards her. Not only in Telugu movies but also in other language movies .. Rashmika is rushing with good offers while seizing opportunities. Now she is also acting in Allu Arjun’s upcoming movie ‘Pushpa’ as the protagonist. Rashmika will play Bunny as a couple in the upcoming film directed by Sukumar. However, in a recent interview, Rashmika said that she was having a hard time shooting for ‘Pushpa’.

Allu says that working with Arjun is special .. she can learn a lot from him .. mentally Bunny is a very young child. The tribe was devastated that the chemistry between the two of us got super on the onscreen. The film, which is currently shooting at a fast pace, will be released on August 13. But ” Pushpa ” is very different from the films I have done so far, in areas like Forest, waking up at 4 am and arriving at the location .. Reaching the hotels at 10 pm is a thrilling ‘experience’. After that, she said that it would be 12 to one o’clock after lunch, workouts and sleep. Therefore, she said that she should sleep only for four hours. Rashmika says that you will see the rewards for their hard work on the screen. Besides, Rashmika said that the make-up of the hero and heroines in this movie is very crucial.