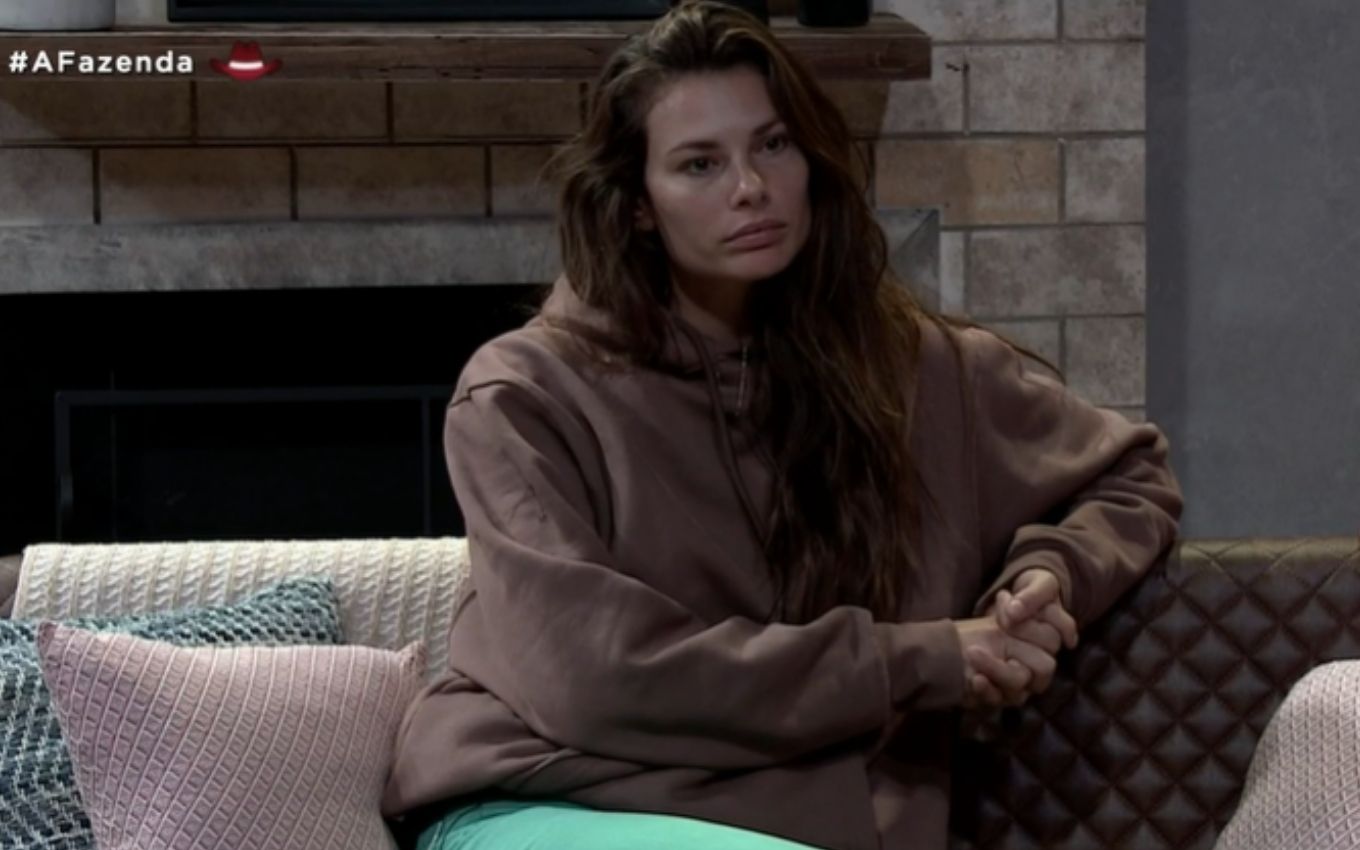 After a busy day with allegations of an alleged rape that culminated in the expulsion of Nego do Borel from A Fazenda 2021, Record aired the case in its entirety on the program, exceptionally live, this Saturday (25th) and turned over to the now ex -pawn. The edition highlighted several times that, despite being drunk, Dayane Mello wanted to be in the same bed as the singer, but the contradictions in the model’s testimony defined his exit from the game.

In the edited material, the reality show reinforced the relationship between Dayane and Borel. During the party, the model celebrated the singer’s return from the first farm and thanked him for the partnership in the game: “You are the only thing that stabilized me in here”.

Then, a series of exchanges of caresses, including sexual overtones, between the pawns were exhibited. After the party, Dayane threw herself on Nego’s bed, and they hugged.

However, the other pawns noticed that the pawn was altered and tried to get it out of the singer’s bed. She was asked if she wanted to be with him, but did not respond due to her degree of inebriation. Nego told the model to go to his bed, but she followed along with him.

Mileide Mihaile pulled Dayane out of bed and into her bed. However, the ex-Big Brother Italy returned to the side of the still pawn and said she wanted to be with the boy. “Gui, did you sign the document?”, mocked the singer to MC Gui, who was standing next to him, and repeatedly questioned Dayane’s consent.

Minutes later, Nego went to the reality show’s pantry and returned to the room with a repellent in his hand. The edition did not show whether the ex-pawn took a condom or not. When the lights went out, they exchanged kisses and movements suggestive of sexual intercourse were noticeable under the comforter.

At that moment, Dayane had his back to Nego and said he didn’t want to continue with the caresses, as he had a daughter. With that, VT was terminated.

What else did Record show?

This Saturday (25) edition that aired on open TV omitted videos in which Nego do Borel appears pulling Dayane back to bed and another in which she said to “stop”.

During the live, the conversation Dayane had with the production of the reality show was shown. She was questioned by a man (who was not identified) from the Record team who remembered everything that had happened in the morning. The model said yes.

“There is a game rule that says: ‘Any attitude that could threaten or put at risk the physical integrity of one or more participants can lead to expulsion.’ The understanding of Record’s production and management was that Nego violated this rule by acting in a a way that is not consistent with the game we intend and organize around here,” said Adriane Galisteu.

“By a legal decision of the channel, Nego do Borel is out of the program. I want to tell you that, after everything that happened, after all that, the message is worth it. When a woman says no, it’s no. drunk woman says yes, it’s also no,” concluded the presenter.

Check out an excerpt from Dayane’s testimony:

the team of #The farm talked to the @daymelloreal about the events of that dawn, after the party. The model’s testimony was, of course, crucial to the expulsion of Nego do Borel from the reality show.
follow by @recordtvoficial or by @SigaPlayPlus! Access https://t.co/sJRe2qQaI8pic.twitter.com/oVEDplqD5V

Borel was expelled from A Farm 13 after being accused of forcing a sexual act with Dayane during the night. The case gained strong repercussions on social networks and, in addition to the withdrawal of the reality, the singer will be investigated by the Civil Police of São Paulo for alleged practice of rape of a vulnerable person.