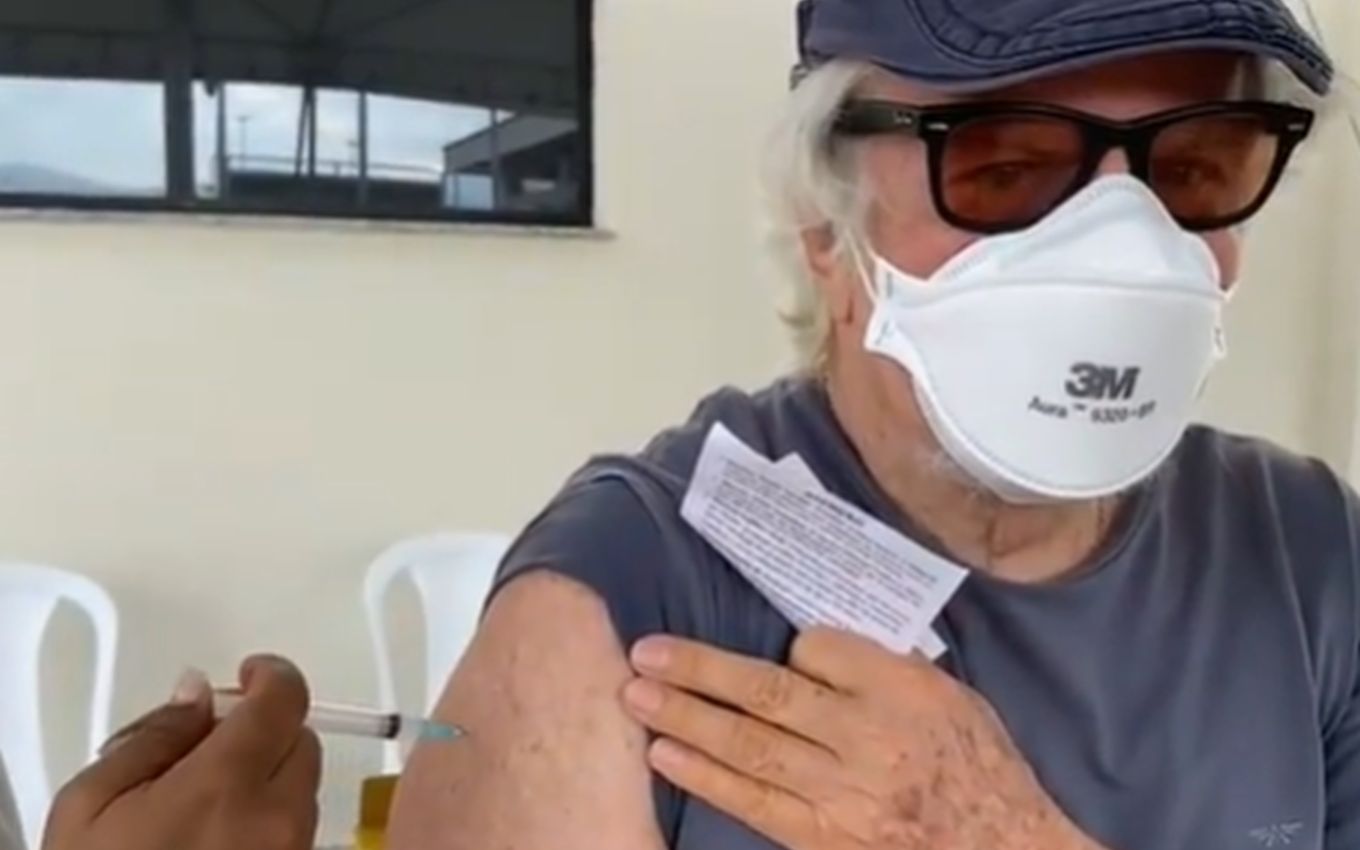 Reginaldo Faria denied that he refused to take the vaccine against Covid-19 and showed on social media the video in which he appears to be immunized with the second dose. The name of the 83-year-old actor became one of the most talked about subjects on Twitter this Tuesday afternoon (23) after the rumor spread that he left the cast of the soap opera Um Lugar ao Sol because he did not want to be vaccinated.

“There is no such thing. I took both doses of the vaccine. I am totally in favor of vaccination. I am not crazy! What happened was that Globo, to save me, because I am 83 years old, had a conversation with me and we came to the conclusion that I shouldn’t participate in the current recording “, he explained to the website of the magazine Quem.

According to the veteran, the broadcaster wanted to anticipate the debut of Lícia Manzo’s plot for April, and the cast would need to record from chapters 1 to 40. Because of that, it was decided that Reginaldo would change characters so that he would not have to appear at the Studios in this period.

“[A gravação] It would be at this stage that we are living, with the strongest virus variant and everything. So we came to the conclusion that, for me, it would be difficult to participate in this first recording and we changed characters, so to speak. I’m going to play another character in the novel, but more towards the end. And Zé de Abreu is replacing me “, he said.

Son of the artist, actor Marcelo Faria published a video on his father’s Instagram taking the second dose of the vaccine and was outraged by the information published by the Metrópoles website.

“My father made the second dose of the Covid-19 vaccine almost two weeks ago. Today, we in the family are faced with a slanderous news about this man, indisputable in all aspects. ‘Reginaldo Faria refuses to take the vaccine, and Globo takes the actor out of the new 9pm soap opera. “Hi ?! Who had the courage to do such a bad thing at a time like this? I sincerely hope that all media outlets recant and declare the truths of the fact. I’m indignant! Vaccine yes, denialists no, “he wrote.

Another son of Reginaldo, Regis Faria also used the social network to speak out against the information conveyed.

“Fake news! The irresponsibility of the ‘journalist’ Carla Bitencourt, from the Metrópolis portal, generated a lie related to my father, Reginaldo Faria. The reason for the departure from the 9 pm soap opera was to preserve him, since the recordings returned before the safe period for its immunization to take place. The company understood that it would not be worth taking the risk of exposing it due to its advanced age “, he explained.

And he added: “The country is facing difficult, serious and very serious moments. There is no room for lying gossip! We will be more serious to respect the pain that we all live in.”

Candé Faria also repudiated the placement of the note saying that it was all fake news.

Check out the publications below: