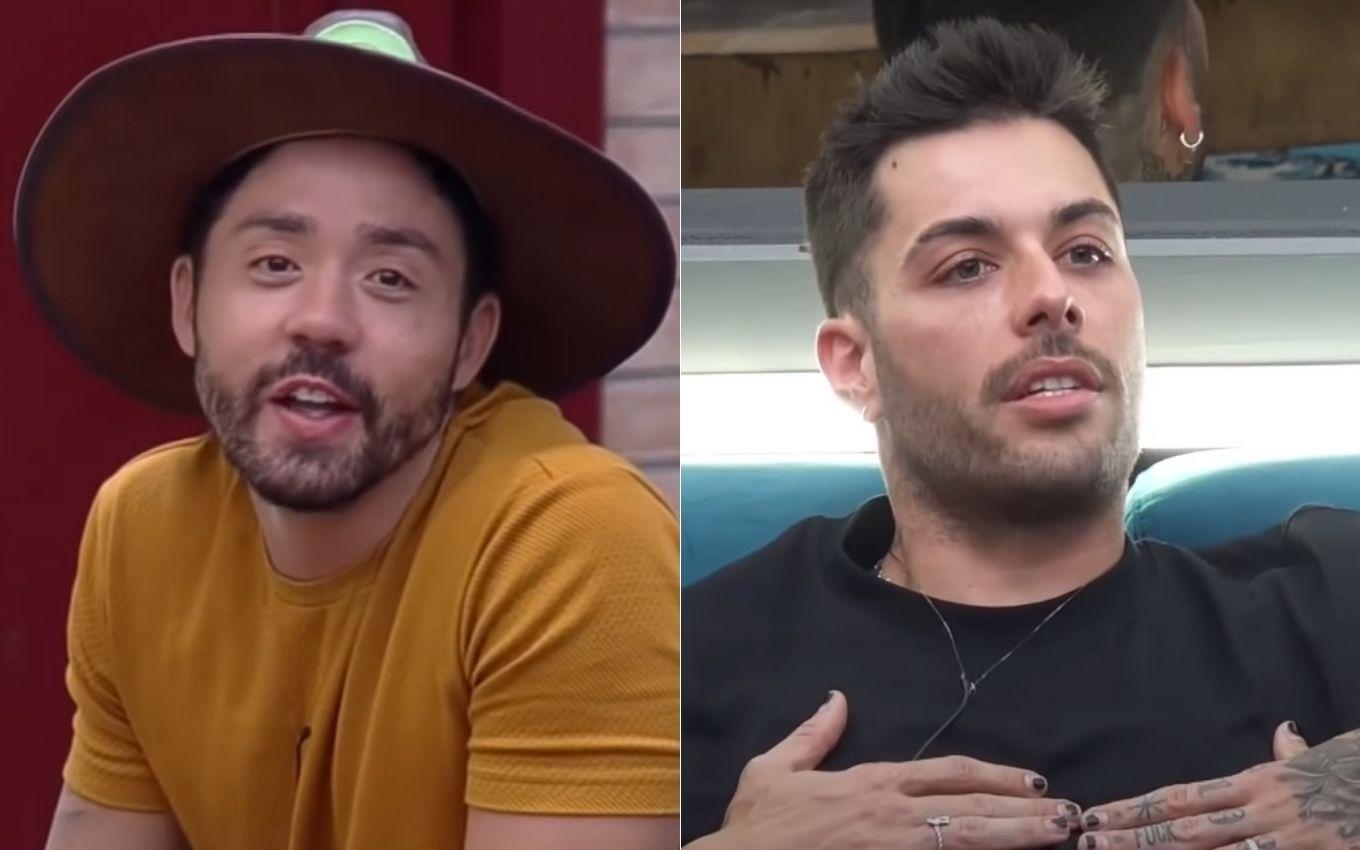 After causing widespread confusion in A Fazenda 13 for throwing coffee away, Rico Melquiades appeared a little more “calm” during the early hours of this Friday (8). The ex-MTV was somewhat sluggish, and fellow inmates suspected he had taken strong medications. Gui Araujo commented: “You’re high”.

The change in Rico’s behavior was noticed by PlayPlus viewers when he had to read a warning on the living room screen and failed. “Read it there,” he asked Aline Mineiro. Then the ex-MTV was led by Dayane Mello out of the room.

The former Big Brother Italia participant started looking for the slippers of the Alagoas, who could not remember where he had left them. Aline went to help her carry Rico, who looked bewildered, to the bedroom. “Let me take him,” said the model, taking the hand of the ex-On Vacation.

“Oh, man, you’re high,” observed Guilherme, in a mocking tone. This is the second time Anitta’s ex-boyfriend has made derogatory comments about prescription drug use. Last Tuesday (5), the digital influencer criticized the amount of medication that some pedestrians were taking.

I think Rico took a lot of medication, he’s slow and couldn’t read the production message.

Dayane and Victor are estranged