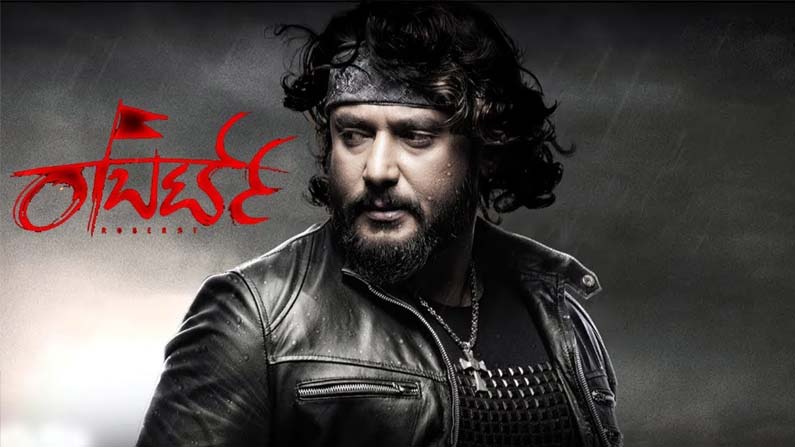 ‘Robert’ is a big budget movie starring Kannada star Darshan as the hero. It was also released in Telugu under the same name. Tarun Kishore for this movie

‘Robert’ is a big budget movie starring Kannada star Darshan as the hero. It was also released in Telugu under the same name. The film is directed by Tarun Kishore Sudhir. Vinod Prabhakar, Jagapathibabu and Ravi Shankar are playing key roles in this movie. Arjun Janya composed the music for this action film. The recently released movie got good talk.

The movie has some short dialogues as well as some short action scenes and some songs that are interesting. Darshan is not only an action treat for the fans, it is also an emotional drama that weaves those moments together. As for this movie .. Darshan Raghava is a man who is obedient, pious and peace loving. He works as a cook in a catering service that supplies South Indian food for funerals in Lucknow. . He has a son named Arghun. He is completely against Raghav. Revenge, stubborn. Arjun becomes a gangster with his anger and creates many problems. This is the story of how his father calmly brings his son out of the gangster.

Darshan fans are waiting to see when the movie will be released in OTT. Fans are eager to see this movie which is going to be a super hit in the theaters .. Many people are not coming towards the theaters for fear of corona. Meanwhile, fans are waiting for the release of the movie on OTT. According to the latest information it seems that the movie will be streaming on Amazon Prime in the first week of April. Amazon makers are making full arrangements for this. So far no official announcement has been made regarding the movie.

Drugs scandal in Tollywood again .. Tanish, the young hero who responded to the notices ..

NTR who will entertain on TV once again .. Who among you is the billionaire Young Tiger who released the promo ..