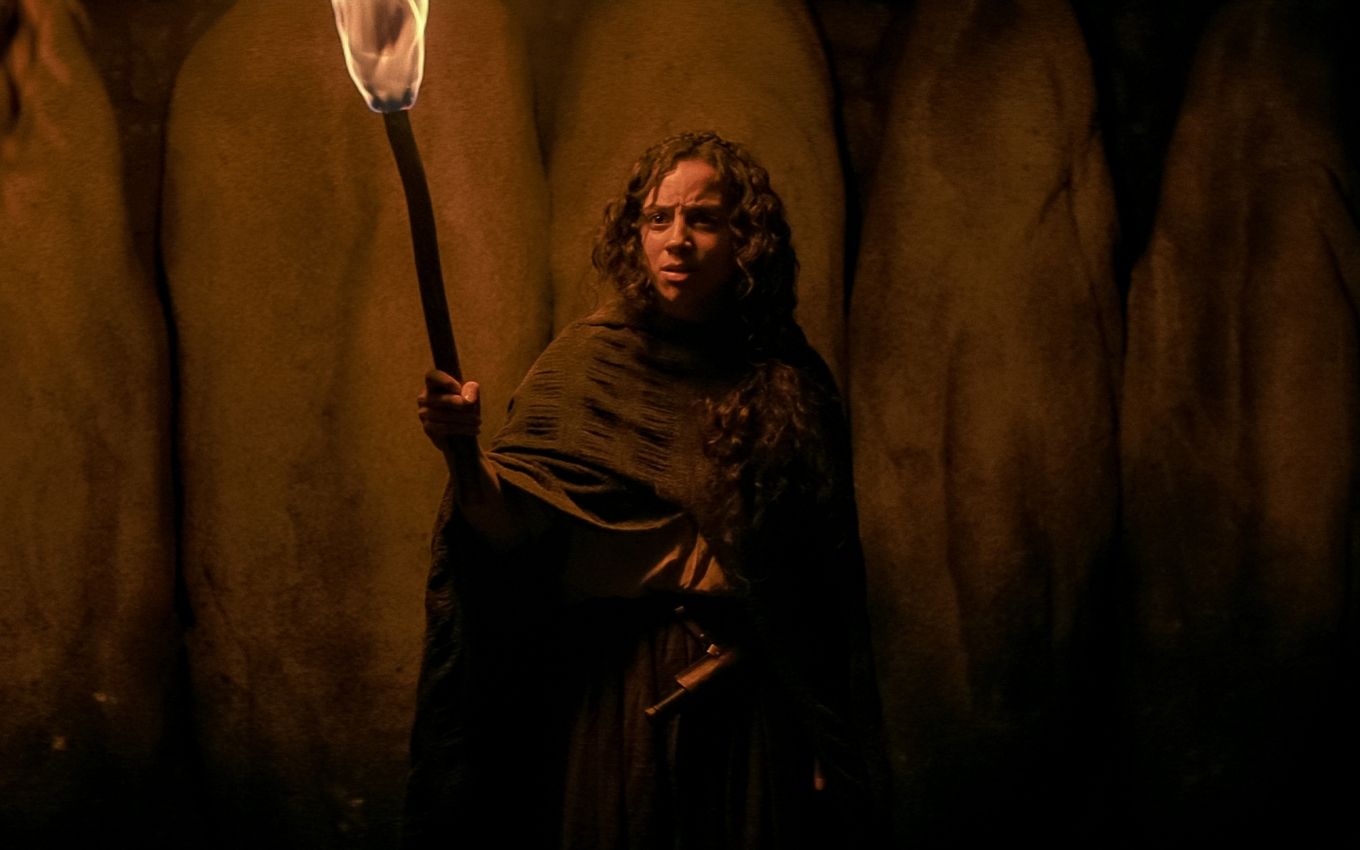 Last chapter of Netflix’s horror trilogy, Street of Fear: 1666 – Part 3 entered the platform’s catalog this Friday (16) with the mission to end the mystery involving Sarah Fier (Elizabeth Scopel). Without many scares, the film shows that the problem with the curse of Shadyside has always been homophobia disguised as witchcraft.

To tell the origin story of Sarah Fier, responsible for the curse of Shadyside, the third film returns to 1666. Deena (Kiana Madeira), the protagonist of the first film, gathered the remains of the witch and transported herself to Sarah’s memory many centuries ago.

In 1666, she relives Sarah’s final moments step by step and realizes that the girl was never a witch, nor did she make curses and contacts with the devil. Dubbed a villain, the girl suffered rejection from the public after her romance with Hannah Miller (Olivia Scott Welch), the daughter of Shadyside pastor, was discovered.

The person responsible for the curse — and, by extension, all the massacres that occurred in the following centuries — was Nick Goode (Ashley Zukerman), the policeman everyone thought was good. Her ancestor, who blamed Sarah Fier for the enchantments and witchcraft of 1666, made a pact with the devil to bring her success to every male in her family. In return, several murders would give blood to the bad thing.

Cast from other films returns in Part 3

In an interview with Entertainment Weekly, director Leigh Janiak explained that the trilogy’s twist was intended to subvert the conventional horror genre. For her, the idea has always been to put a group of excluded people as protagonists and bring down a villain who, until recently, would be the protagonist.

We let the protagonists of our films be those characters who would join the piles of the dead in traditional films. And besides, we’re not just making them protagonists. We are saying they are really winning. These are horror movies, but they’re also kind of epic and mysterious adventures, so we could change the rules a little bit.

This “transformation” in the genre could already be noticed in Rua do Medo: 1978. Part 2 has as main villain Tommy (McCabe Slye), romantic partner of Cindy (Emily Rudd), one of the protagonists. Described as the perfect boyfriend, he becomes the serial killer of choice when he’s taken over by the devil — not to mention young Nick Goode (Ted Sutherland) who, from hero of the day, had nothing at all.

Compared to previous films, part 3 resembles the first feature. Both have weaknesses when it comes to causing scares, and the trilogy’s ending becomes uninteresting when the mystery is solved and the plot returns to 1994 for the final showdown.

In the end, the trilogy ends one of Netflix’s boldest bets in a positive way. As a complete story, making the three films linked and released separately made the experience more interesting to follow — even though two of them are of questionable quality.