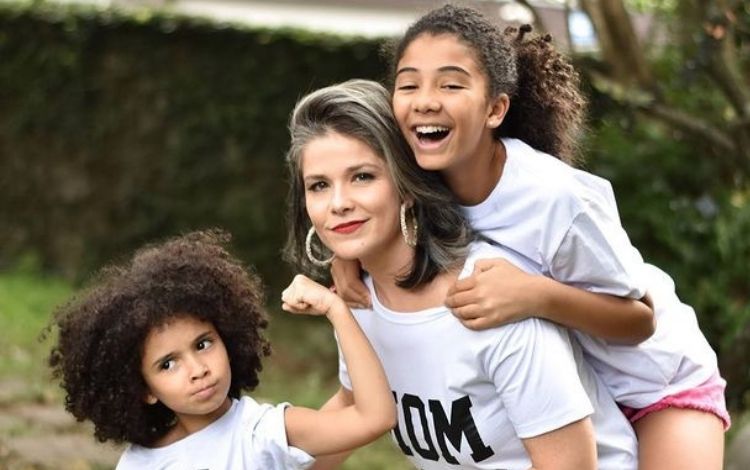 Reproduction/Instagram/sfelippo/14.09.2021Samara Felippo is the mother of Lara, 8 years old, and Alicia, 12 years old

The actress Samara Felippo reported during a live on Instagram that her daughter, Lara, 8 years old, suffered racism at school. “My daughter passed again [por uma situação de racismo]. It felt like it was ‘softer’ [dessa vez]”, he started counting. “Lara came to tell me that a little friend called her a boring nigga, but she came to tell me that, I think a week after what happened, then she gave me a momentary tachycardia.” Samara asked how her daughter was feeling and instructed her to always tell about this type of situation when it happens.

“I said that she needs to talk to the teacher right away because the white boy who said this cannot repeat it, because [racismo] it’s a crime.” The artist sent an e-mail to the school and in the response she received from the educational institution she was informed that the boy and his parents were called to the school for a conversation. “I was really pissed off, but she [Lara] it’s very strong. She told me she was embarrassed to speak at the time [em que aconteceu]”, said Samara during the conversation with the author Thainá Briggs, who wrote the book “Mães Pretas – Maternidade Solo e Dororidade”, and with the actress Carolinie Figueiredo. Samara is also the mother of Alice, 12 years old, who, like Lara, is the result of the relationship between the actress and a basketball player Leandrinho. They are no longer together since 2013.