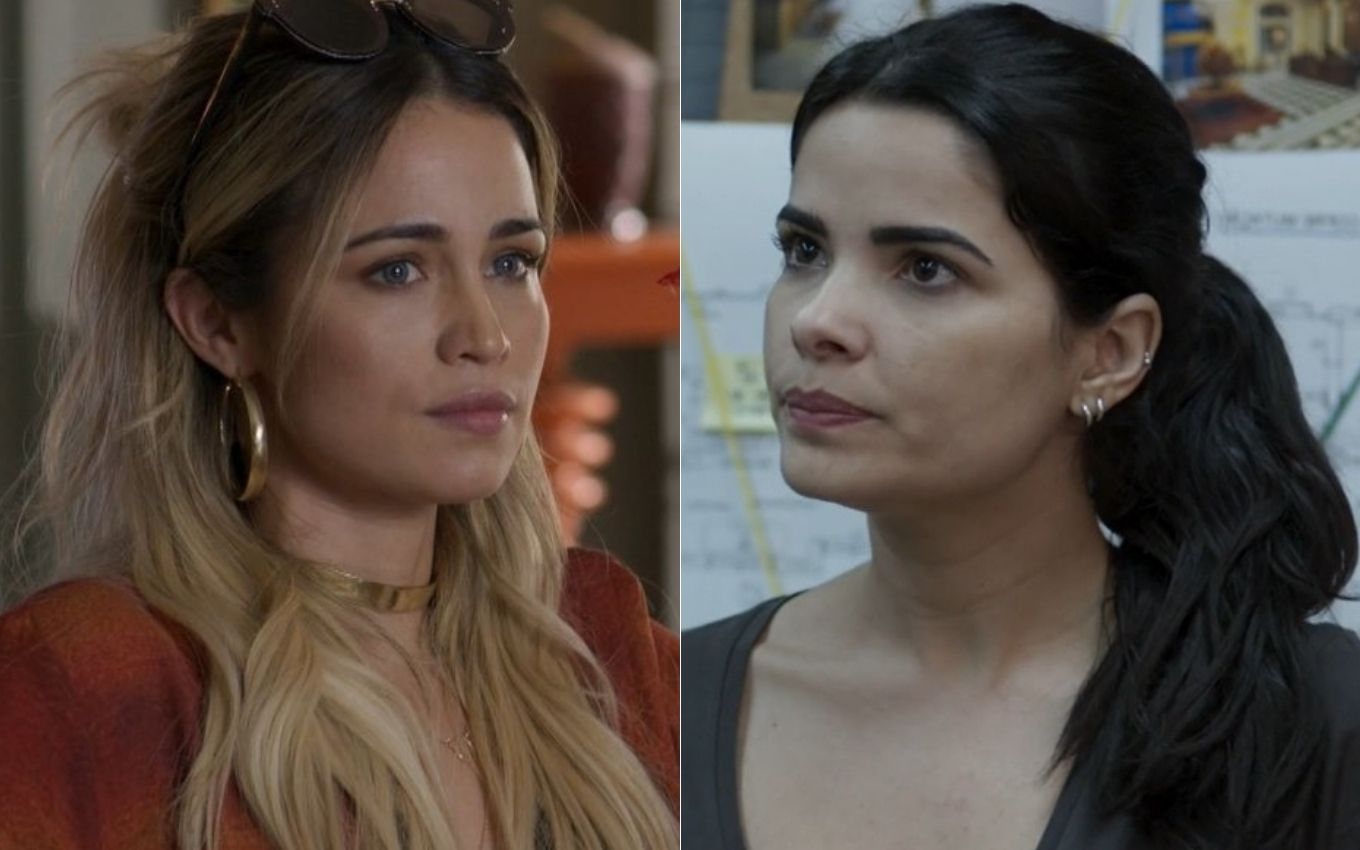 Sandra Helena (Nanda Costa) will have her lies unmasked in Pega Pega. Eager to find all the robbers at the Carioca Palace, Eric (Mateus Solano) and Domênico (Marcos Veras) will discover that the former chambermaid never got expensive gifts from Marieta (Camila Amado). The young woman will end up in the crosshairs of Antônia (Vanessa Giácomo). “She lied,” the policewoman will decree in the seven o’clock soap opera on Globo.

In the scenes planned to go aired next Monday (20) in Claudia Souto’s brochure, the hotel owner and the inspector will make an appointment with Orestes (Flávio Baiocchi) to clarify doubts about Marieta’s will. At this point in the plot, the two are already suspicious of the blonde’s involvement in the theft of Pedrinho’s dollars (Marcos Caruso).

“Dona Marieta divided the assets between Valkyrie [Alexandra Richter], her only daughter, and Sandra Helena”, the lawyer will explain. The businessman will question why you did not leave everything to her daughter, and the defender will explain that the two fought a lot, and the woman abandoned her mother in the Carioca Palace after an accident and having moved to Italy.

“What about your client’s relationship with Sandra Helena? Is it true that they got along well?”, the agent will ask. “Yes, very much. Whenever I came to the hotel, she spoke to me with great love about this chambermaid”, will comment the suit. “Is the will valid then?”, Luiza’s husband (Camila Queiroz) will emphasize.

“Mrs. Marieta must have really liked Sandra Helena, after all, even before she died, she was already giving expensive presents”, the businessman will say. “Presents? No, Dona Marieta never gave that,” assures Orestes. “Did your client never give any jewelry or purse to Sandra Helena?”, Eric will be surprised.

“No, she made the will and instructed me to give the girl the money she kept here at the hotel. But gifts, never”, will clarify the defender, who will advise that he was in control of all the elderly woman’s expenses. “Bag or jewelry? She didn’t, no,” he will say.

Eric and Domenico do private investigation

After the conversation with Orestes, the protagonist will talk to the policeman about his findings. “Sandra Helena is lying. She lied about the expensive gifts she would have received from Dona Marieta and about all the others bought before her death, after the robbery”, will say Bebeth’s father (Valentina Herszage).

“She’s definitely involved in this”, will agree the character of Marcos Veras, who will decide to tell Antonia everything. The inspector will tell the partner that they will be able to put the photo of the former chambermaid on the wall of suspects in the Carioca Palace robbery.

“Did you find out anything about Sandra Helena?”, asks Nelito’s sister (Rodrigo Fagundes). The officer will then explain:

I was already on her tail because of some presents she was getting from Dona Marieta even before the old lady died. I talked to Dona Marieta’s lawyer, and he was categorical in saying that the will was done in a good way, but what gifts she never gave to Sandra Helena.

“So she lied,” the girl will notice. “Probably, yes. The lawyer said that he alone had the password to Dona Marieta’s safe, that she didn’t deal with money, and had everything on the financial side written down,” he will allege.

“I understood everything. Agnaldo [João Baldasserini], Sandra Helena’s boyfriend. Julius [Thiago Martins], my best childhood friend. They’re protecting her, we’ll have to find out,” the inspector will decree.