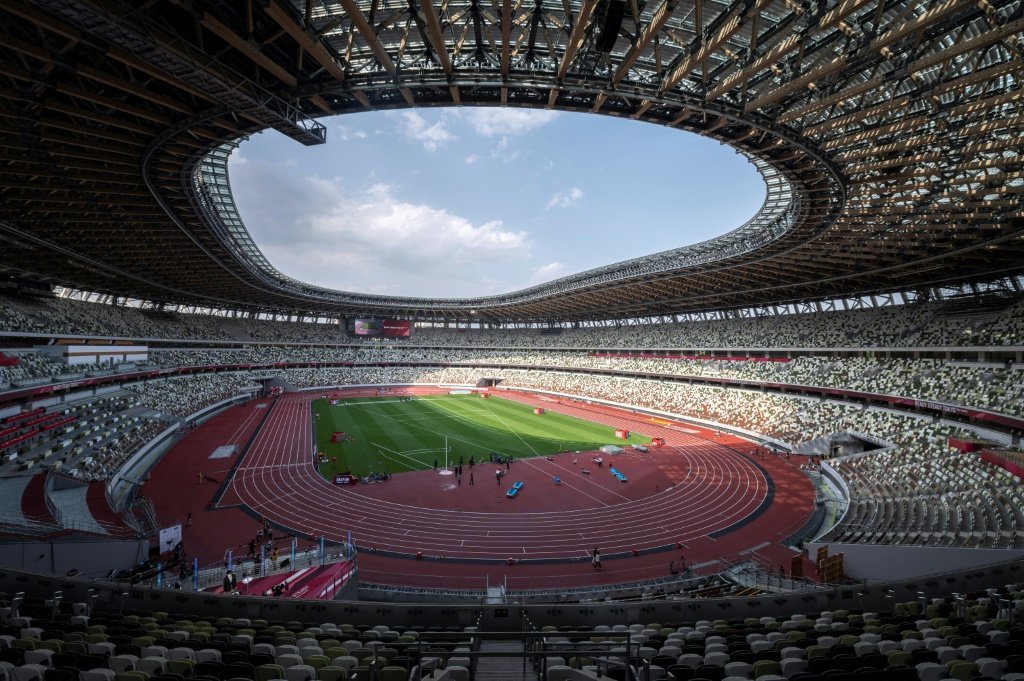 Stifling heat, high humidity and mandatory use of a mask: the Tokyo Olympic Games they announce themselves as very hot, and while measures against the covid-19 pandemic are the priority, experts also warn of the health risks of heatwave.

Japanese summer is often a cocktail of heat and humidity that makes daily life difficult and sometimes even deadly. It was an issue that preoccupied organizers long before the appearance of the coronavirus – which forced the postponement of the event from 2020 to 2021.

The relocation of the marathon and jogging races to the northern island of Hokkaido was decided in 2019, months before the pandemic was declared, to try to escape the high temperatures. In the Japanese capital, thermometers can reach 37ºC, with 80% humidity.

Organizers thought of different methods to relieve athletes and spectators, such as artificial snow, or the distribution of ice and ice cream.

Health measures related to the pandemic complicate the task, however, although it is true that the fact that the Olympic Games are held almost entirely behind closed doors limits the risk of heat stroke due to the reduced presence of people at the site.

The use of a mask will be mandatory for everyone, and athletes who arrive in Japan shortly before the competition due to the anti-covid measures will have little time to acclimate.

Even taking measures for some events, “there are always great risks of heatstroke in walking, triathlon and beach volleyball events,” he warned.

During the 2019 tests, the organization tried several measures to combat the heat: 1,360 tons of ice to cool athletes, ways to create shady places, use of refrigeration vaporizers, among others.

Despite this, several people, including athletes, suffered from ailments in rowing and beach volleyball, for example.

Interestingly, Tokyo’s Olympic bid prevailed against rivals such as Doha, highlighting the “mild temperatures” of the Japanese capital.

The city’s torrid summer conditions are well known, and the 1964 Tokyo-based Olympic Games were held in October to avoid the heat.

The problem has been exacerbated in recent years by global warming and growing urbanization, according to experts.

A report published last May by the British Association for Sustainable Sport (BASIS) warned that “intense heat and high humidity are a threat to athletes” at the Tokyo Games.

Quoted in the report, British rower Melissa Wilson believes rising temperatures around the world are a danger to her sport. “It’s a horrible moment when you see athletes crossing the finish line, their bodies falling backwards in a state of total exhaustion and unable to get up,” he said.

In 2019, 71,000 people called medical and emergency services for heat stroke in Japan, where 118 deaths were recorded between June and September of that year.

Even in 2020, when the population was asked to stay at home because of the pandemic, 65,000 people needed care for that reason, and there were 112 deaths.

Doctors warned organizers about the possibility that interventions related to the intense heat during the Games could force the diversion of health resources and affect the fight against the coronavirus.

Health rules, which require athletes to always wear a mask, except when training, competing, eating, drinking, sleeping, or during interviews, should complicate matters.

A head of the Tokyo-2020 Organizing Committee told AFP that the Committee “discussed the situation with experts” and that the rules would be “flexible”, taking into account the risks linked to the heat.

The mask can be removed “if you are outdoors and at least six feet from other people,” he said. To complicate matters further, the summer of 2021 is forecast to be hotter than normal in Tokyo.

“A difference of 1°C to 2°C on the day of the competition will have a big impact on the safety” of the participants, estimates the head of the British Triathlon Federation, Ben Bright, quoted in the BASIS report.