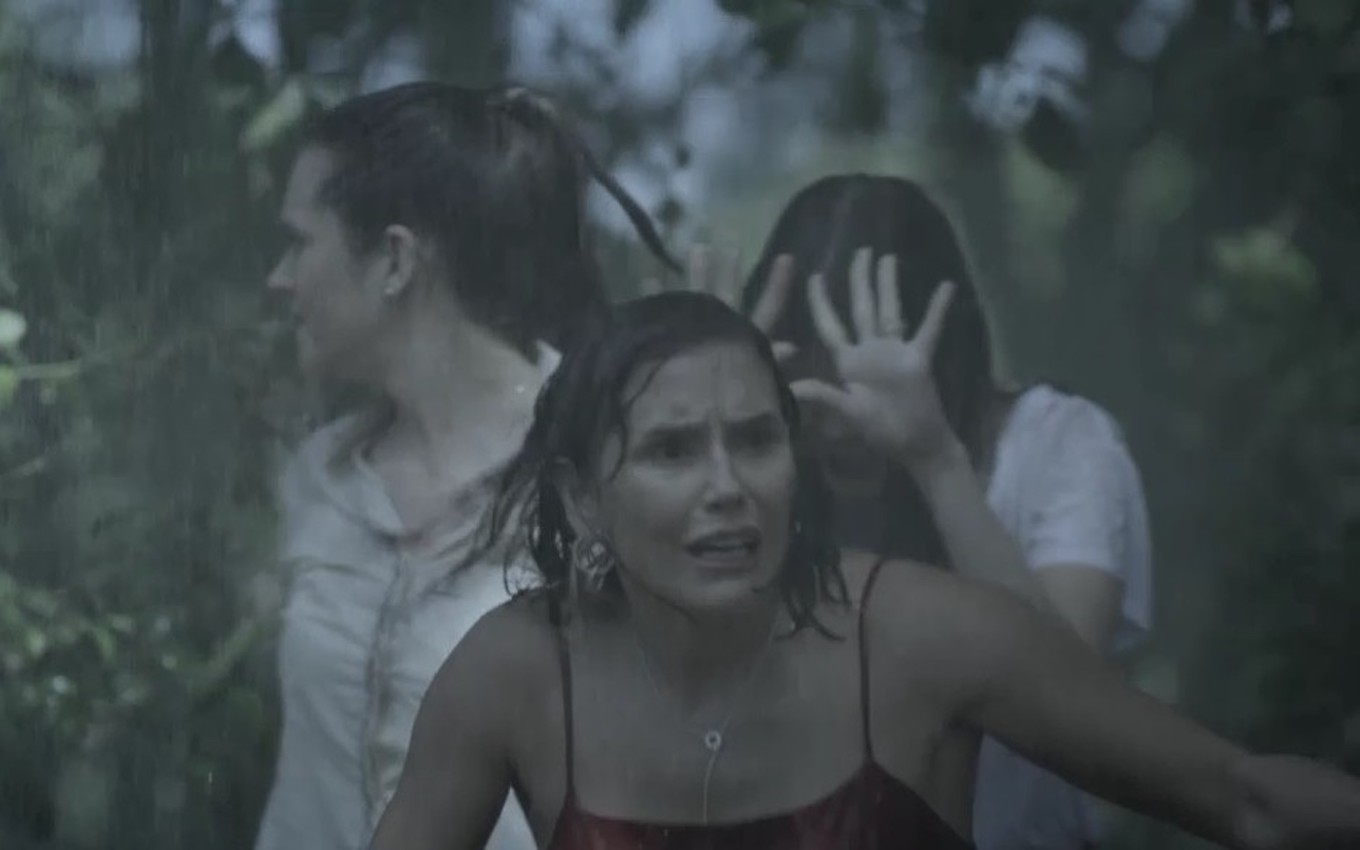 In tears, Alexia (Deborah Secco) will convince Luna (Juliana Paiva) and Kyra (Vitória Strada) to go with her after Renzo (Rafael Cardoso) in Salve-se Quem Puder. Touched by the pain of their colleague, the two will risk their lives when they get into a car with the actress driving like crazy during a heavy rain that will fall in Cancún before the passage of the hurricane in Globo’s seven o’clock soap opera.

The three will meet for real in this adventure that will live together in the third chapter of the newsletter, which will be shown this Wednesday (24). Deborah Secco’s character will say that she spent a perfect day and night with the handsome guy, but that he stole her lucky ring – a family jewel that was from her grandmother.

The hotel decorator and receptionist will identify with the drama of a passion for a “junk boy”, who disappeared and even hit the woman after having sex with her. The two will agree to come together so as not to let Alexia be made a sucker. But sorority is going to be expensive for girls.

Kyra will tell an episode from her past, when a digital influencer ended it with a public post on social media in which she recommended it to her followers.

The girl will remember what message included an intimate photo of her at the hotel where the hooligan abandoned her. “I woke up in that fabulous room alone. And then the phone beeped, and I saw that he had tagged me in a photo … He said it was incredible, but he had other plans,” recalls the character of Vitória Strada.

She will send Alexia to touch the car so they can catch the wretch who stole it. Meanwhile, the public will see Hurricane Laura gain strength as it passes through Mexico.

Luna will follow the two, but will start to fear for her life when she sees trees being blown off by the gale, as well as roofs of houses. At the same time, the public will see Judge Vitório (Ailton Graça) being chased by the men of Dominique’s gang (Guilhermina Guinle).

Upon arriving at the condo, Luna will realize that something is wrong, but Alexia will not give up taking her amulet with Renzo. Kyra will comment that the actress is beside herself and that they need to accompany the upset. The three of them, in the middle of the storm, will then come face to face with the head of the criminal organization and her men.

They will witness the murder of the judge and will be hunted in Cancún to be killed. That is how the three will have to join a witness protection program and change identities so that their relatives are also not at risk of being murdered.

In addition to the spoilers, the TV Newspublishes daily summaries of the novel written by Daniel Ortiz. The public will see a replay of what was shown in 2020 until May 17, when the unpublished chapters of the booklet will go on air.