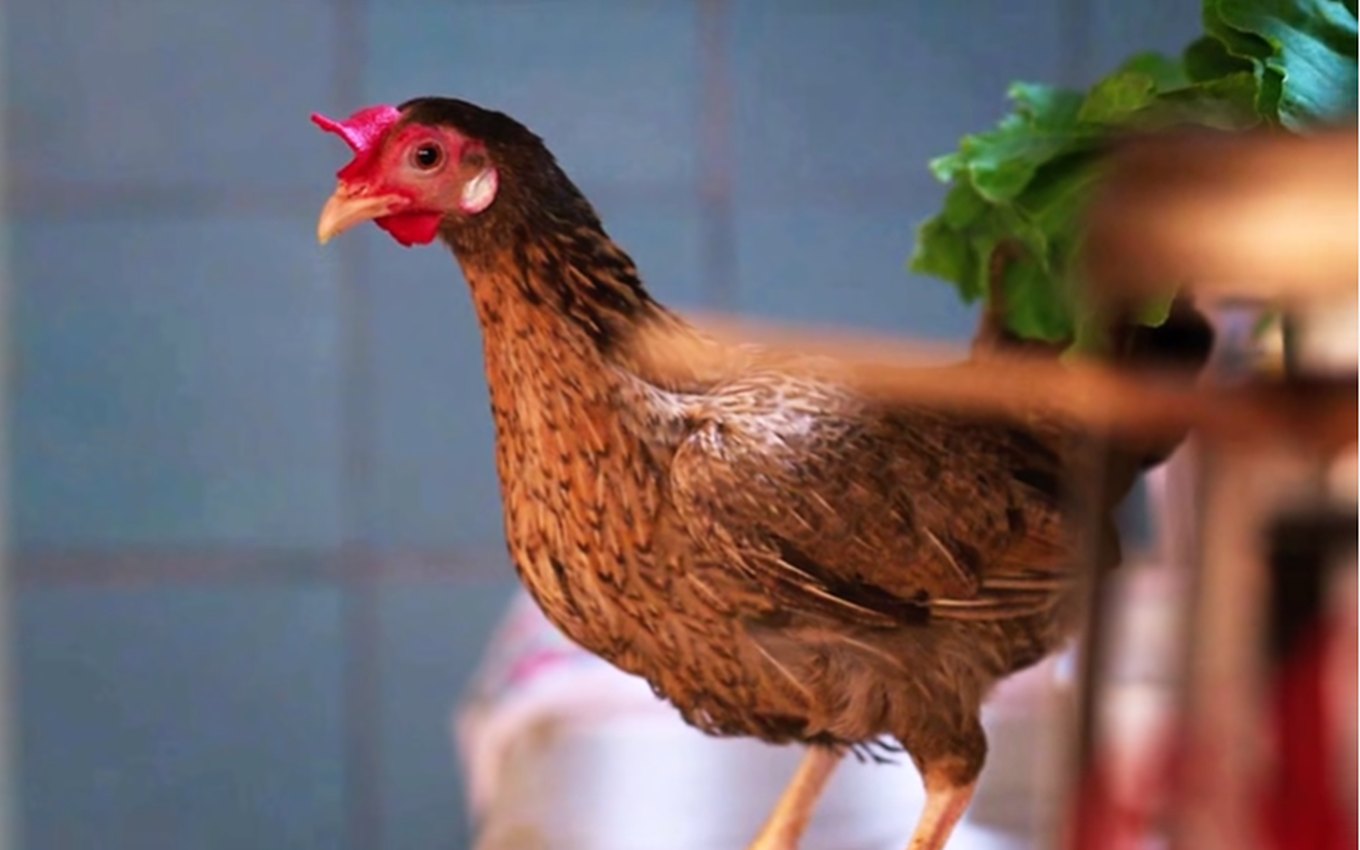 Filipa will get an important promotion in Salve-se Quem Puder. The chicken, which almost became a soup at the beginning of Globo’s seven o’clock soap opera, will assume the role of Alexia / Josimara’s therapist (Deborah Secco) in the next chapters. Like a good professional, the painful one will listen to the actress’ problems and advise her to solve her dilemmas.

Lying on the sofa, while devouring a bag of starch biscuits, Alexia will begin to ramble about everything that ails her. Committed to finding the worksheet with the names of Dominique’s cronies (Guilhermina Guinle) to get the bandit in jail, Kyra / Cleyde’s friend (Vitória Strada) will take a lot of risks in the unpublished chapters that started to be shown.

She will investigate Renzo (Rafael Cardoso) to find what she is looking for. But the redhead hides from her boyfriend who works with the villain, and the hick is already starting to suspect. On the other side, in an armchair, the animal will be attentive to everything that the redhead will say.

“I had to see it, Filipa. Zezinho [João Baldasserini] it was super aggressive. And now she went out with Bel [Dandara Mariana] to sell the jellies “, will unburden the untidy in scenes that will air on the next 24th in the serial.

The hen will let out a cackle, as if reminding the girl. “I know, I’m really lying. But I can’t tell Mozão that I’m working with Renzo”, will justify the actress, who will continue to vent on the “couch” in her living room.

Even more now that we have come so close to getting the spreadsheet with the evidence against Dominique. But today I find a way to turn over Renzo’s things. Who knows, I might find her office key to go back there? Filipa? Aren’t you going to give a cackle of advice? “

Already out of his “psychologist” chair, the painful one will be more concerned with pecking the breadcrumbs that the chatterbox will have dropped on the floor. “Filipa, what is it? I’m here telling my problems, waiting for advice and you leave the consultation to eat bran from my cookie? Frankly! Go back to the armchair, I haven’t finished!”, Will order Zezinho’s girlfriend.

In the face of Alexia’s despair, the chicken will jump and jump back in the chair, ready to hear the witness’s dilemmas. “And what about Zezinho? He’s mad at me. What do I do?”, Will question Renatinha’s assistant (Juliana Alves) at Labrador Digital.

The beast will cackle, and Deborah Secco’s character will take your advice. “Do you think, Filipa? You said everything! I already know how to regain the confidence of the mozão!”, The actress will conclude, happy with life with the guidance of the painful.

The only novel novel in Globo since this week, Salve-se Quem Puder presents the unpublished chapters of the booklet. The episodes were recorded between August and December of last year with new security protocols at Estúdios Globo, in Rio de Janeiro. The plot opened on January 27, 2020, but was interrupted in March of the same year due to the Covid-19 pandemic.

With the exhibition of 53 unpublished chapters to end the saga, the soap opera will end on July 16. Then, The More Life, the Better it should be launched. However, so far, the broadcaster has not confirmed the premiere date of the next 7 pm show.