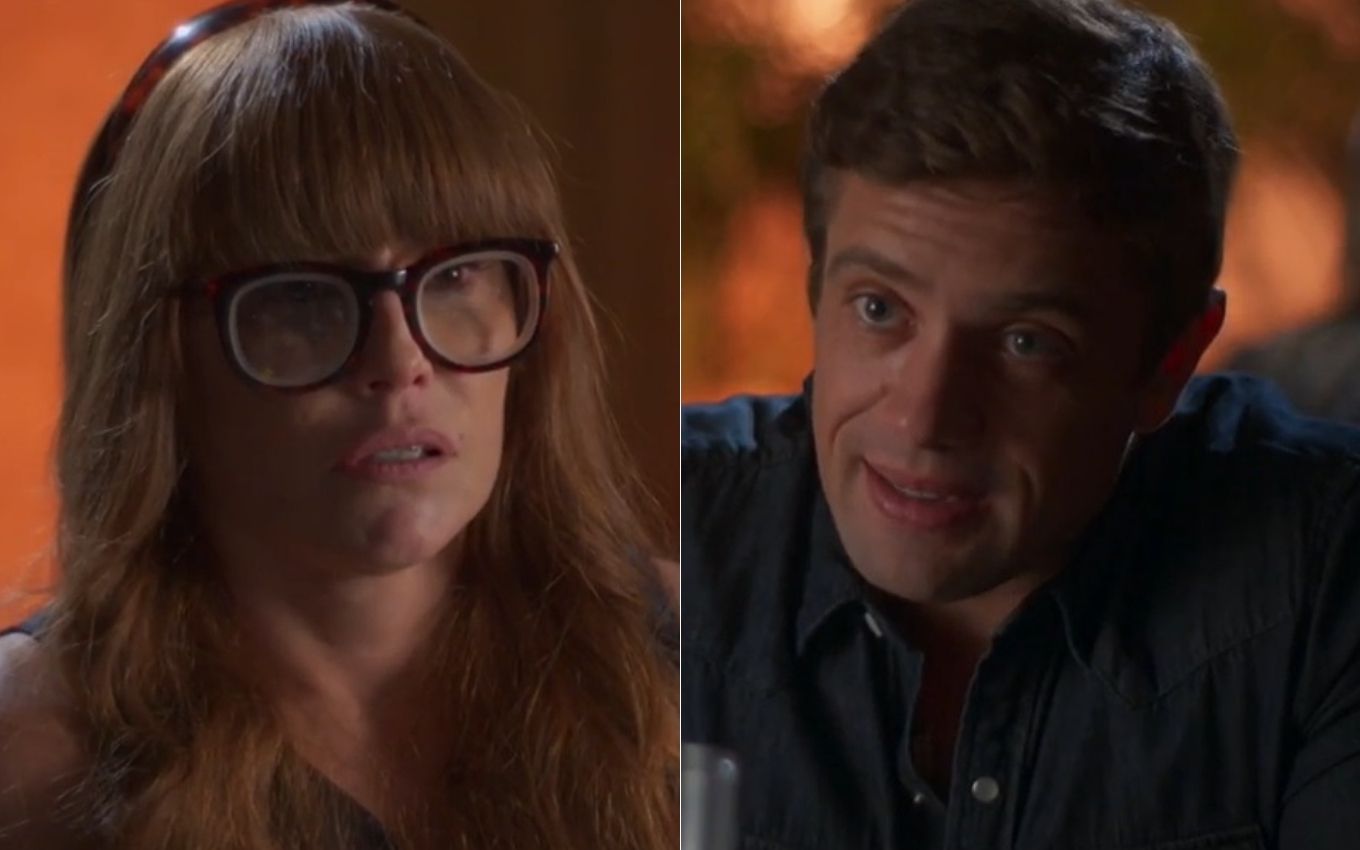 Alexia / Josimara (Deborah Secco) will decide to use her false connection with the Hereafter to get the whole truth out of Renzo (Rafael Cardoso) in Salve-se Quem Puder. On the return of the unpublished chapters of Globo’s seven o’clock soap, as of May 17, the secretary will accept to hold a “seance” with the boy. The protagonist will think that she will hit him, but in fact, she will be the target of a plan to seduce the ex-thug.

Before the show was paralyzed due to the pandemic, in the last chapter of the first part of the story, the audience saw Rafael’s partner (Bruno Ferrari) reveal to the redhead during a dinner that he would like her to embody the spirit of the actress with whom she became involved. in Mexico to ask for forgiveness. The girl was surprised by the unusual request and managed to escape the situation.

In the new episodes of the plot, Alexia will have a serious conversation with Luna / Fiona (Juliana Paiva) and Kyra / Cleyde (Vitória Strada). She will warn that she will continue with her plan to use her proximity to Renzo at work to find the spreadsheet that contains all the names of those involved in the criminal faction to which Dominique (Guilhermina Guinle) belongs.

After getting the approval of the friends, the character of Deborah Secco will appear talking to the ex-“crush”. “You always look a little scared when you come near me. At that dinner, you were so nervous,” said the handsome guy. “It’s just that it’s hard not to be nervous when we have dinner with the boss, right? But I wanted to tell you that I decided to accept your request,” said the redhead.

“Didn’t you want me to use my mediumistic powers to talk to someone who died and that you hurt a lot in the past? So, I’m here to help you communicate with the other dimension, but you’re not going to be able to hide anything. Go having to tell me everything that happened between you “, will trigger Zezinho’s beloved (João Baldasserini).

Surprised, the boy will question whether the secretary will really be able to communicate with the spirit of the actress. “Are you going to doubt my mediumistic powers now? I brought Kyra to Rafael, he even felt her touch”, will remember the “disguised”. He will say that he never believed in mediumship much and will say that he needs to think about it better.

The protagonist will comment that she was very moved by the boss’s request and wants to help him apologize for the mistake of the past. “I’m sorry. It’s just that you remind me of this person that I wanted to ask for forgiveness. And to hear from you that she forgives me would be incredible … Because I can’t stop thinking about her … What I did, my regret”, she will vent the repentant.

“Only, for that, I will need to know everything … Everything you did for the poor thing”, will shoot the secretary. However, Renzo will insist that he cannot talk about it and will tell Josimara to forget his request. “No, don’t give up! Okay, just say what you can. But let’s try. I can’t be selfish with my gift. If I have, I need to help others … Help you”, the girl will beg.

The ex-thug, then, will eventually accept on the condition that they go out to dinner again. “Isn’t it better to be here after hours? It’s just that, in a public place, it can be difficult for me to communicate with this person in the Hereafter,” Alexia will lie. “I know a very calm restaurant where we can be at peace. And offering you a dinner is the least I can do, since you’re trying to help me”, concludes the boy.

Then, the audience will see Renzo telling Lúcia (Cristina Pereira) about the spiritual session. The employee will advise the young man to cancel the appointment with the secretary. “You still don’t understand? I’m not going to tell Josimara anything about what happened in Cancún,” said Rafael’s partner.

“So, why did you make an appointment with this girl? Will she really have this gift? And she talks to Kyra there and tells her partner what you did. You will end up in jail!”, Warns the maid. “This is not going to happen. I only booked with Josimara because … She offered it, as if she wanted to get close to me”, insists Renzo.

“Oh, that only makes it worse! Now all we need to say is that you think Josimara is Alexia in disguise again, and that she wants to hear your request for forgiveness”, mocked Dominique’s employee.

“I am tired of knowing that it is impossible for Alexia to have survived the hurricane. Only that I am in order to get closer to Josimara. I am attracted to her, that is the truth”, will reveal the handsome guy in the scenes planned to go to air on the 18th.

Save Yourself Who Can is presenting the chapters that have already been on the air. The rerun was “wiped out” and will have, in all, six episodes less than what the public saw last year. The unpublished chapters of the booklet will be shown starting this month. The telenovela is already completely recorded and will end in July, giving rise to “Como Mais Vida, Melhor”.

In addition to the spoilers, the TV News publishes daily summaries of the seven o’clock novel written by Daniel Ortiz.