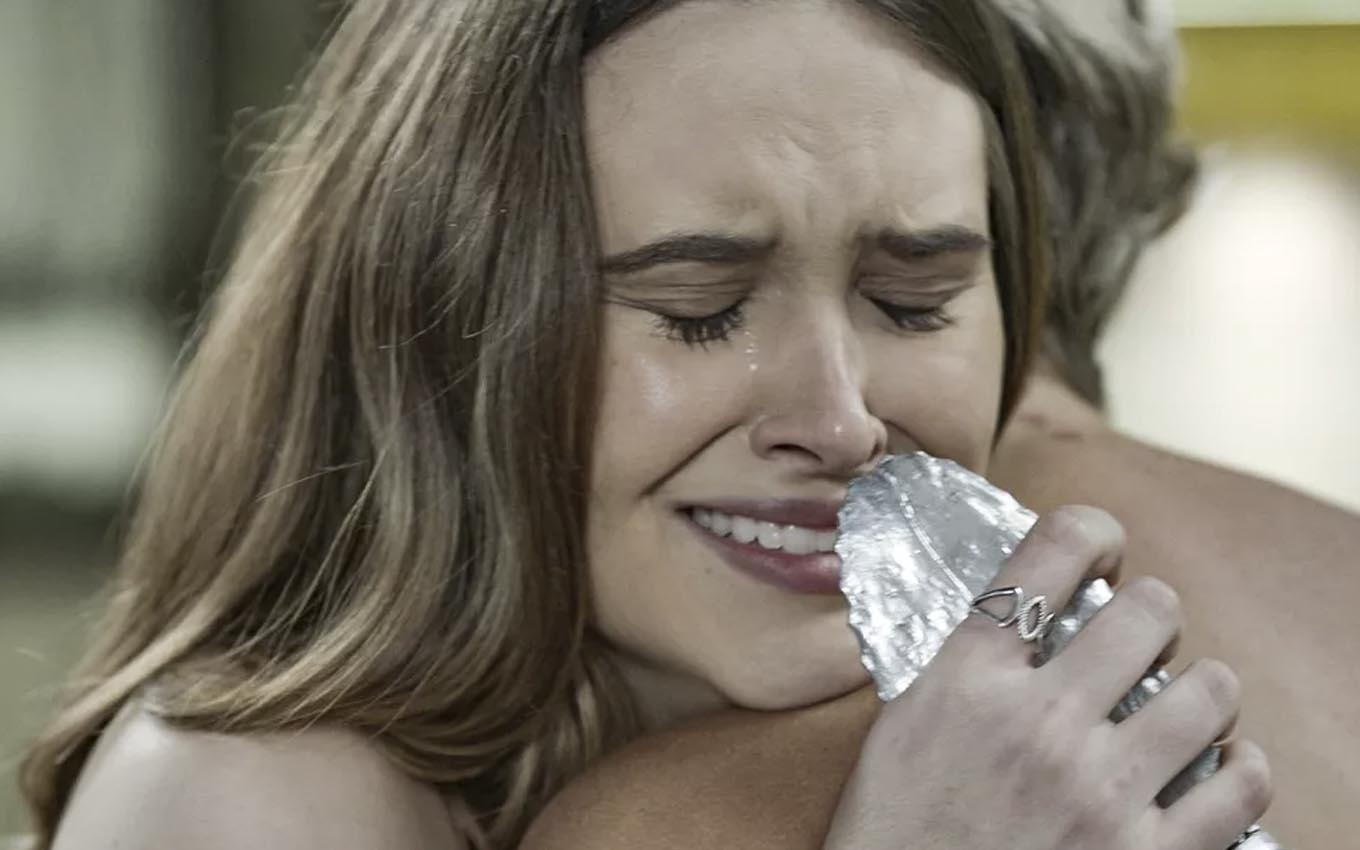 Author Daniel Ortiz kept under lock and key the sequence in which Helena (Flávia Alessandra) discovers that Fiona is, in fact, Luna (Juliana Paiva) in Salve-se Quem Puder. In one of the five secret scenes of the chapter that will be shown next Monday (5), the businesswoman will hug the girl after having believed for more than a decade that her daughter was dead in Globo’s seven o’clock soap opera.

The script was delivered with several “holes” for the production team and, among the cuts, were the eight pages of dialogue in which the owner of Empório Delícia finally realizes that the heiress was hiding right under her nose — just like the Téo’s girlfriend (Felipe Simas)

“A few minutes before recording, I received a super reassuring message telling me that it was the most important scene. Imagine that”, explained Juliana Paiva in an interview with TV news. “The sequence by itself was beautiful, and we were committed to overcoming what was on paper,” added Flávia Alessandra in a conversation at the end of May.

The revelation will gain supernatural touches due to the image of Our Lady of Guadalupe that Luna got from Helena a few days before being unmasked by Úrsula (Aline Dias). The young woman handed the saint over to Alejandro (Rodrigo Simas), who placed her on the altar of Marlene’s house (Mariana Armellini).

After discovering that Mário (Murilo Rosa) is alive and in Brazil, the dondoca will knock on the door of Verônica’s sister (Mariana Armellini) behind the chef. Before being expelled by him, she’ll catch an eye on the Virgin and be surprised to see that it’s the same piece she gave Fiona.

Helena (Flávia Alessandra) in the newsletter

Stunned, Helena will go to a church dedicated to Our Lady to pray and put her ideas in place. She, however, will come face to face with the character of Juliana Paiva. The only certainty, for now, is that Micaela’s (Sabrina Petraglia) stepmother’s record will finally go down.

After all, then, the audience will see Luna come home happily and call a meeting to share the news with Alexia/Josimara (Deborah Secco) and Kyra/Cleyde (Vitória Strada):

I thought it best to tell you all at once. This news I don’t want to hide from my new family. What was the biggest dream of my life? It finally happened. My mother recognized me!