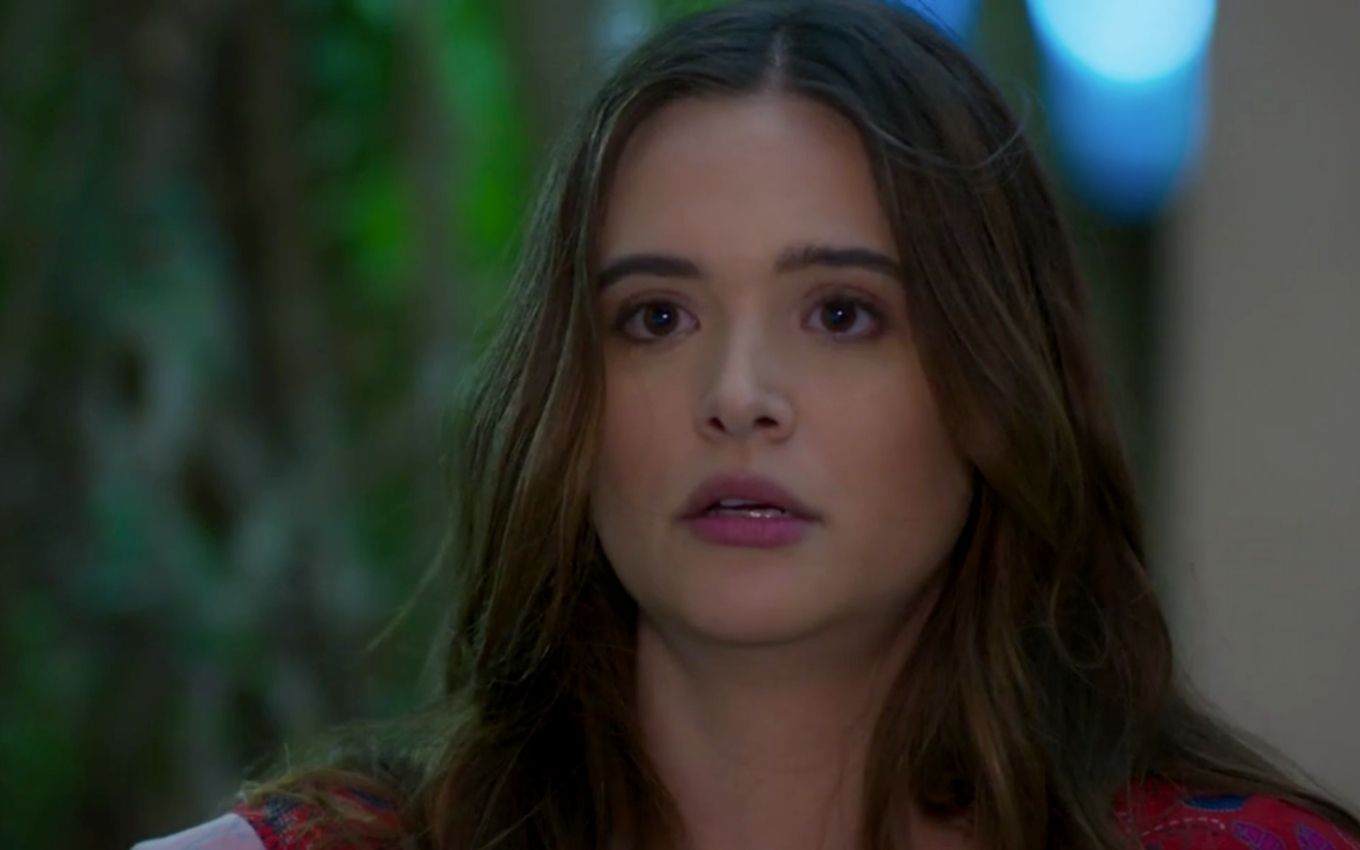 Luna / Fiona (Juliana Paiva) will forget her side of sweet and helpless girl in Salve-se Quem Puder. Kidnapped by Dominique (Guilhermina Guinle), the Mexican will give a dance to the bandit in the unprecedented chapter of the seven o’clock soap opera that will air on the 17th. She will punch the villain in the face and get her gun. The physiotherapist will shoot the vixen and make her furious.

The sequel is a continuation of the scene that ended the “first season” of Daniel Ortiz’s serial. For those who do not remember, Renzo’s aunt (Rafael Cardoso) recognized the witness of Vitório’s murder (Ailton Graça) after almost running over her in front of the Emporium Delícia.

She will realize that the girl did not die in the hurricane in Cancún, Mexico, and will touch the terror on the young woman to find out if the other two witnesses also survived.

The corrupt lawyer of the criminal faction led by Hugo (Leopoldo Pacheco) will threaten the girl with a gun and drag her by the hair to her car. She will wait for Edu (Jerônimo Martins) to meet her to get the girl’s information about Kyra / Cleyde (Vitória Strada) and Alexia / Josimara (Deborah Secco).

The partner will soon arrive and aim the revolver at the hostage, who will be placed in the back seat of the vehicle. Dominique will leave with the car next. “If she tries something, she shoots. She just doesn’t shoot to kill, because she has a lot to tell”, warns the criminal.

Luna will be lucky on your side. On the way, Dominique will fumble with a hole in the street. The vehicle will shake, and Edu will hit his head on the roof. Téo’s girlfriend (Felipe Simas) will take the opportunity to open the back door and throw herself out of the moving car.

She’ll run like never before to get away from the bandit duo. “There’s no use running away! We’re going to chase you down to hell!”, Renzo’s aunt will shout. Meanwhile, Mário’s daughter (Murilo Rosa) will find a dumpster along the way and will hide from the bandits.

Luna will hit Dominique’s henchman with a pipe and run away. “Don’t leave me here! I’m bleeding!”, The man will shout, in pain. The bandit will not call the partner and will run after the girl.

Helena’s daughter (Flávia Alessandra) will find a funk dance in the middle of the path and will enter with the hope that the antagonist will not be able to see her. However, Dominique will continue to chase him. Luna will enter a depot on the premises and will be followed by the vixen.

The veteran will not be afraid to threaten her because they will be alone. “See? It didn’t do any good for you to run away. You may have escaped my nephew there in Cancún. But no one escapes me,” warns the bloodthirsty woman.

“You are making a mistake. I am not that person!”, Ursula’s rival (Aline Dias) will lie. But the wicked will not bend and point his weapon at the young lady. “Of course it is. And we’re leaving here, and you’re not going to be funny, understand? Come, come, darling,” the lawyer will mock.

Luck will smile again at the character played by Juliana Paiva, and Hugo’s partner will be distracted by a noise at the door. The Physiotherapy student will take the chance and punch the woman mercilessly. “I am not your darling, you idiot!”, The Mexican will shout.

The shrew’s gun will fall on the girl’s side. Pancho’s mistress (Gil Fernandez) will try to recover the revolver, but will be beaten by Luna. The pair will argue for a few minutes and, finally, the witness of the murder will take a difficult step. She will shoot close to Dominique’s foot and run out before she gets up.

Save Yourself Who Puder started airing in January 2020, but had its recordings halted in March last year due to the Covid-19 pandemic. The cast returned to the Globo Studios, in Rio de Janeiro, to perform the previously unseen sequences on TV during the period between August and December 2020.

Then, the soap opera aired again on March 22 of this year with the replay of the chapters of the first phase. From the next 17th, the audience will follow the second season, which has 53 episodes. 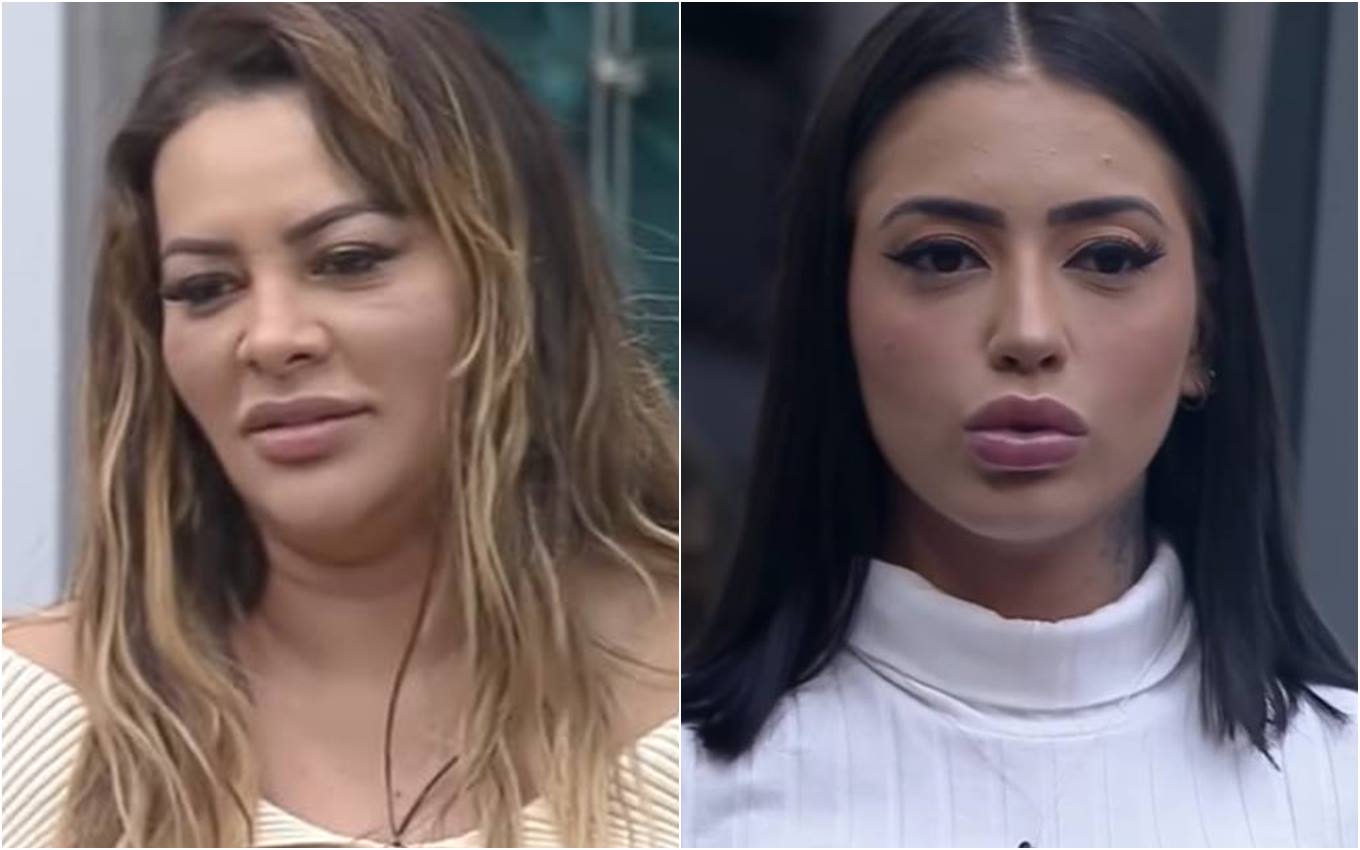