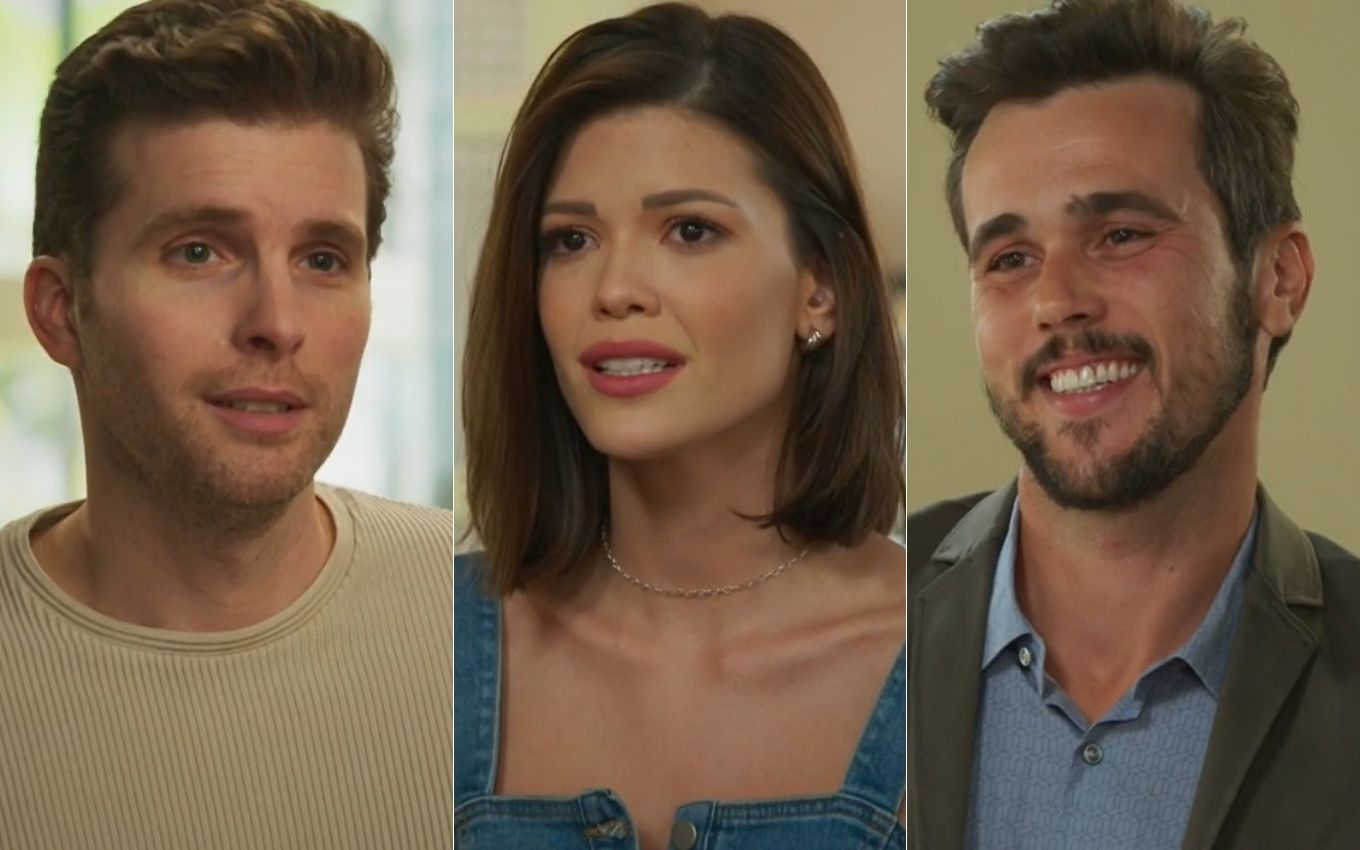 Kyra/Cleyde (Vitória Strada) spent most of Save Yourself Who You Can all “divided” — just like Tancinha (Mariana Ximenes) in Haja Coração (2016). In the last chapter of Globo’s seven o’clock soap opera, the girl will also face a marathon of braces by Alan (Thiago Fragoso) and Rafael (Bruno Ferrari). The two will do everything to win and finish the story alongside the decorator.

In the scenes that will air this Thursday (15) in Daniel Ortiz’s serial, the protagonist will be at Agnes’ (Carolina Kasting) house and will be surprised by two bouquets of sunflowers. Bia’s sister (Valentina Bulc) will be even more confused when she finds out that one of the gifts was sent by her ex-fiancé and the other by the lawyer.

In the chapter this Friday (16), the suitors will leave the dispute even more fierce after a passage of time in history. The businessman will appear with his beloved in his office at Labrador Digital.

The boy will recreate the fake spiritual session inspired by the scene from Ghost: On the Other Side of Life (1990), blindfold his lover and put on the music from the movie. “That spiritual encounter… It was one of the best moments of my life”, will appeal Renzo’s partner (Rafael Cardoso). “Rafa, I can’t stand it!”, Luna/Fiona’s friend (Juliana Paiva) will release.

“Now your love is getting close. He’s very emotional. I’ll do anything to get you back to me. Forever”, will promise the Bruno Ferrari character. However, the romantic moment will be interrupted by Renatinha (Juliana Alves). “Oh, I messed up the Ghost scene again!”, the secretary will comment, embarrassed.

Thrilled, Kyra will go to the company kitchen for a drink of water and will be surprised by a call from Alan shortly thereafter. “I’m missing you so much. If you went back to Rafael, just tell me, I need to know,” Alexia/Josimara’s cousin (Deborah Secco) will ask.

“That answer I’m not ready to give you”, will assume the ex-nanny, afflicted. “Well then, I need to do my lobbying. Kids, ready?” will drop the suit. Thiago Fragoso’s character will sing the song You & Me, by James TW — which is the couple’s theme — while Queen (Alice Palmar) and Mosquito (Ygor Marçal) will dance. “How am I going to decide that way?”, whispers the protagonist, who will be moved by the second surprise of the day.

The actors after sequence in the rain in the plot

Who does Kyra stay with in the soap?

Later, the decorator will be pressured by Alexia and Júlia (Sophia Abrahão) to make her choice. The lawyer will scold the rival and say that Alan and Rafael are suffering from the indecision of Junior’s sister (Igor Cosso).

The confused will realize that Téo’s cousin (Felipe Simas) has ulterior motives. “You’re just wanting me to pick one so you can pounce on the other, admit it. But I’ll just let you know. Stop insinuating yourself with him! I won’t lose him!”, he will assure you.

Surprised, the ex-nanny will embrace her rival. “Sorry if I was rude. You’re a really good lawyer. You took from me the information I didn’t even know I had. Only now I have to go!”

However, the scene in which Kyra reveals her choice was kept secret in the script given to the actors. Vitoria Strada recorded alternative endings with the character’s suitors. There are sequences in which the decorator ends up happy with both the owner of the Labrador Digital and the suit.

The only new soap opera on Globo, Salve-se Quem Puder is all recorded and will end next friday (16). The rerun of Pega Pega (2017) will come in the 7pm range because the network decided to postpone the premiere of the soap opera Quem Mais Vida, Melhor.