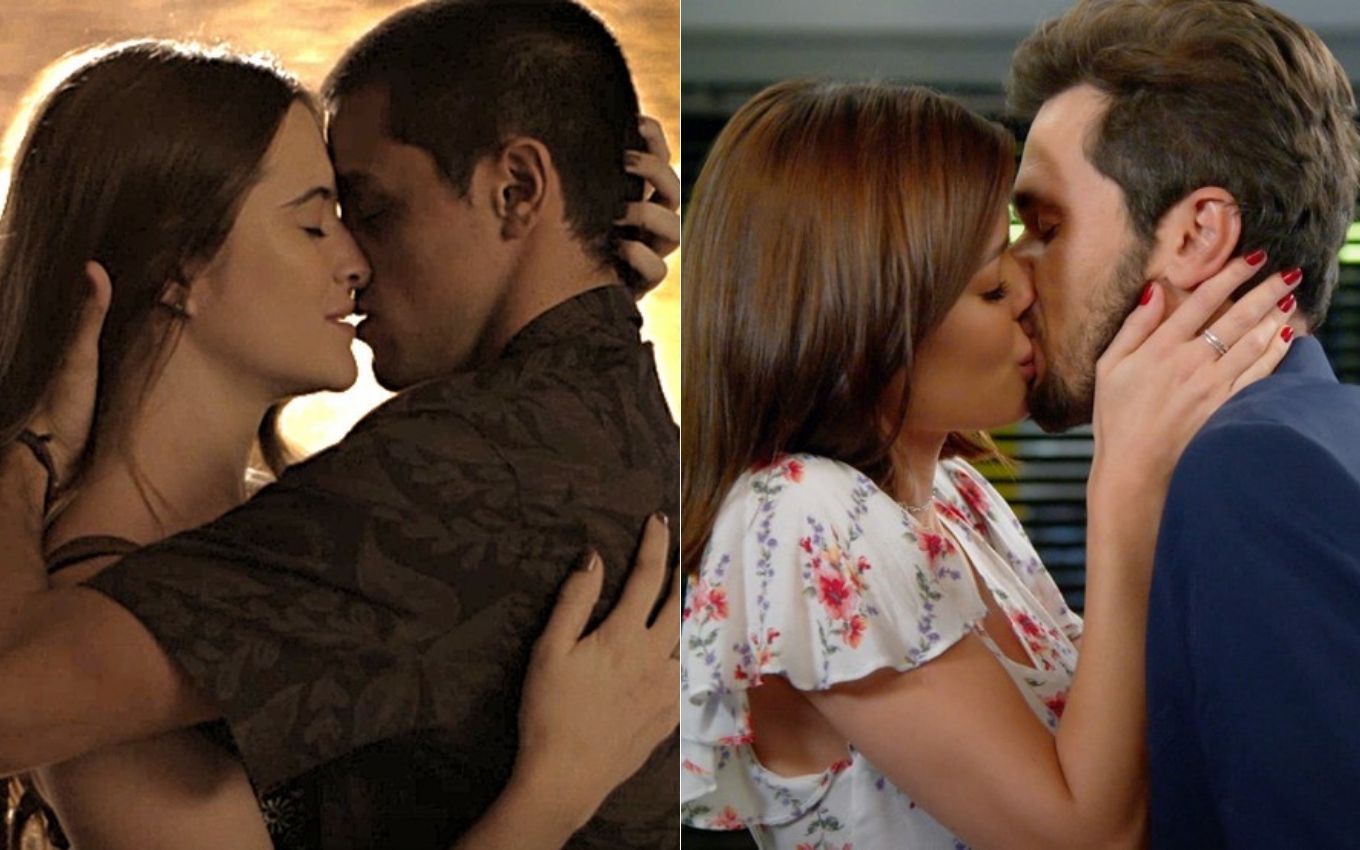 The last chapter of Save Yourself Who Can Bring the endings of the love triangles of Luna/Fiona (Juliana Paiva) and Kyra/Cleyde (Vitória Strada). If the result depended on the votes of the public in polls of the TV news, the Mexican would be with Téo (Felipe Simas). The decorator would choose Rafael (Bruno Ferrari) for her long-awaited “happily ever after” in Globo’s seven o’clock soap opera.

Author of the booklet, Daniel Ortiz waited until the last week to decide with whom the girls will go down in history. “Last Friday [9] my opinion was one, and i changed on monday [12]. arrived on tuesday [13], I had to make a decision, I had a deadline,” said the novelist live with the girls on Instagram on Thursday night (15).

“There’s a triangle that was decided in detail! I fell in love with couples, I’m going to suffer because not everyone will be together,” added Ortiz. Vitória Strada and Juliana Paiva recorded alternative endings for their characters, and the outcome chosen by the writer will be revealed in the scenes that will air this Friday (16).

The girls’ love triangles won over the public, giving rise to six “ships” (a term used to name the couple’s fans) and several fan clubs — which engaged in voting to help the author decide which would be called ” end games” (end of game, in English).

In total, there were 241,254 votes in the three polls conducted by TV news until this Friday morning.

Kyra’s indecision was the one that most mobilized the public — racking up 150,754 votes. The owner of Labrador Digital won with 58.97%, while Alan (Thiago Fragoso) had the preference of 40.87% of the participants. Only 0.15% of people thought the decorator would be better off alone.

For 55.64% of voters, the TV director is the one who should finish the plot alongside Luna. Alejandro (Rodrigo Simas) was chosen by 43.92% of the 24,438 people who participated in the poll. And only 0.44% preferred to see the Mexican woman away from the two at the end of the soap opera.

Alexia/Josimara (Deborah Secco) has already had her destiny outlined with Zezinho (João Baldasserini). Unlike her co-stars, the redhead left only one ending ready, in which she marries the hillbilly. “We couldn’t really record Alexia’s version with Renzo [Rafael Cardoso], that’s the truth. The two open endings are Luna and Kyra,” delivered Ortiz.

Despite the fierce dispute, Brucutu won and won 50.21% of the public’s preference in the poll. Rafael Cardoso’s character garnered 49.63% of the votes, and 0.16% of the 66,062 participants thought the actress should finish alone.

The only new soap opera on Globo, Salve-se Quem Puder is all recorded and will end this friday (16). The rerun of Pega Pega (2017) will enter the range of 7 pm on Monday (19) because the station decided to postpone the premiere of the soap opera Somos Mais Vida, Melhor.