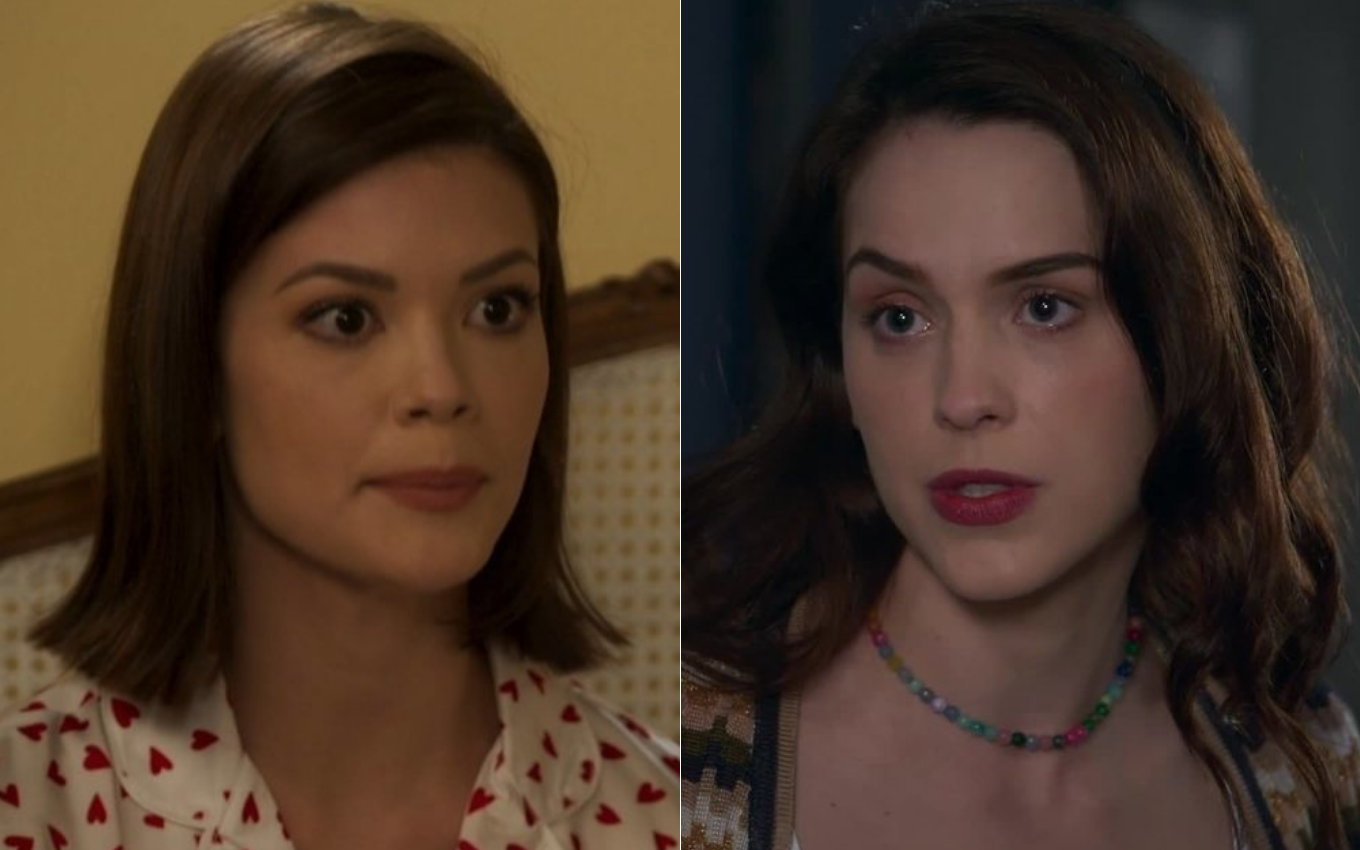 Júlia (Sophia Abrahão) will be responsible for pressuring Kyra/Cleyde (Vitória Strada) to make a difficult choice in the last chapter of Salve-se Quem Cander. The lawyer will give a moral lesson and will say that Alan (Thiago Fragoso) and Rafael (Bruno Ferrari) are suffering from the protagonist’s indecision. When she feels threatened by her rival, the decorator will finally decide who she’s going to be with in Globo’s seven o’clock soap opera.

In scenes that will air on July 16 in Daniel Ortiz’s serials, the nanny will vent to Alexia/Josimara (Deborah Secco) about the doubt among the boys. “Enough, your time is up! That way you’ll be without them both!“, will alert the redhead.

Bia’s sister (Valentina Bulc) will tell about the surprises she received from the good guys. “It was so emotional Rafa remembering our spiritual encounter. And Alan singing our song? When did we kiss for the first time?”, she will comment.

“I know, I know them both. They’re awesome, but it’s time for you to decide“, the actress will insist. The two will be interrupted by the arrival of Luna/Fiona (Juliana Paiva) and Júlia. “That’s right”, the lawyer will agree. ?”, the embarrassed girl will retort.

The Mexican will explain that the young woman is the cousin of Téo (Felipe Simas) who works with the character of Thiago Fragoso. The Minas Gerais woman will then ask to talk alone with her rival.

I thought a lot before coming here. We don’t know each other, we don’t have intimacy. But Rafael and Alan I know. They are amazing people. And I know how distressing this situation is for both of you.

Kyra will finally choose between Rafael and Alan

Cleverly, Agnes’ daughter (Carolina Kasting) will realize that the lawyer has ulterior motives. “For you too, right? Or do you think i don’t know you’ve been keeping an eye on them?“, will shoot the protagonist. “The two are interesting men, you know that better than anyone. But, first of all, they are two friends who deserve to be happy and aren’t!”, Júlia released.

You’re just wanting me to pick one so I can pounce on the other, he admits. But I’ll let you know soon. Stop insinuating yourself with him! I won’t miss him!

“He who?”, Hugo’s niece (Leopoldo Pacheco) will find strange. “He, why. Who do I want to spend the rest of my life with!”, will reply the character of Vitória Strada. “You’re a bit confused, have they told you that? If you already know who you want to spend the rest of your life with, then you’ve already decided. You had to think you lost one of them to figure it out!“, will warn the young woman.

Surprised, the nanny will hug her rival. “I’m sorry if I was rude. You’re a really good lawyer. You took the information from me that I didn’t even know I had. Only now I have to go!”, she realizes. “Taxi! Taxi! Take me from here because I need to solve my life! Quickly!”, the girl will send as she gets into the car.

However, the scene in which Kyra reveals her choice was kept secret in the script given to the actors. Vitória Strada recorded alternative endings with the character’s suitors. There are sequences in which the decorator ends up happy with both the owner of the Labrador Digital and the suit.