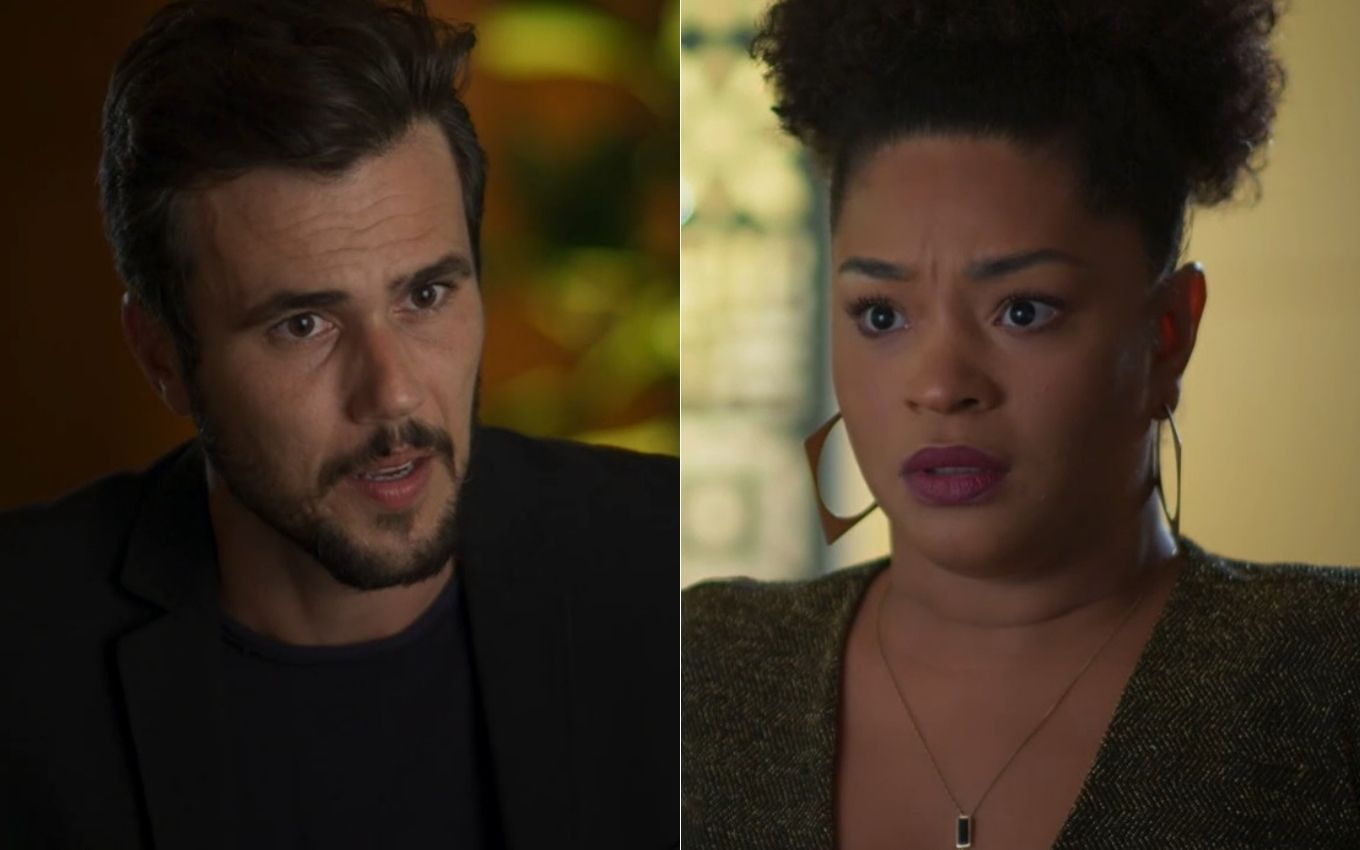 Rafael (Bruno Ferrari) will not be able to follow Kyra/Cleyde’s (Vitória Strada) request in the fake psychographed letter and is going to discard a romance with Renatinha (Juliana Alves) in Salve-se Quem Puder. The entrepreneur will still throw away the engagement ring he bought. However, Alexia/Josimara (Deborah Secco) will rescue the jewel from the trash in Globo’s seven o’clock soap opera.

In the scenes scheduled to air this Thursday (10) in Daniel Ortiz’s serials, the owner of Labrador Digital will try to ask his secretary to marry him once again. However, the boy will back down at the last minute and will leave his room nervous when he feels his quirks return. He suffers from OCD (Obsessive Compulsive Disorder).

“All right? Are you having those cleaning fits again?”, the redhead will worry when she sees the distressed boss. “I can’t do it, Josimara, I can’t,” the businessman will explain, showing the box with the wedding ring. “You couldn’t make the order, right?”, will understand Luna/Fiona’s friend (Juliana Paiva).

“No… It’s stronger than me”, will vent Renzo’s partner (Rafael Cardoso). The good guy will throw the jewel in the trash, and Renatinha will be outraged when she sees the scene through the window. “Rafael, this ring costs a fortune!” Alexia will be surprised, who will take the box back. The entrepreneur will burst out: “There’s no money in this world to buy my heart. I only love one woman… And that will always be Kyra.

In the sequence, the actress will appear drinking coffee and talking to the repressed. “I did what I gave. At least I took the ring out of the trash and convinced Rafael to keep it,” the redhead will claim.

“I’ve always dreamed of such a ring. It’s a spectacle!”, will observe the character of Juliana Alves. “He told me to sell it and donate the money to charity. But since Rafa gave up on you, keep the ring, Renatinha. I don’t tell you what I did to him”, will suggest Alan’s cousin (Thiago Fragoso).

“Do you think I’m a woman to accept a consolation prize, oh, Josimara?”, the secretary will complain. “I can’t force Rafa to ask you to marry him. We tried… Kyra wrote the letters as you asked. If he doesn’t love you, I’m sorry”, will rebut the protagonist played by Deborah Secco. However, the secretary will give indications that she will make a new blackmail.

“Calm down, I’m not done! Don’t come with that ‘I’m sorry’ and bye. It may not have been this time, but you and the dead woman will find a way for Rafa to ask me for an engagement! And I already know how.” , Renatinha will speak.