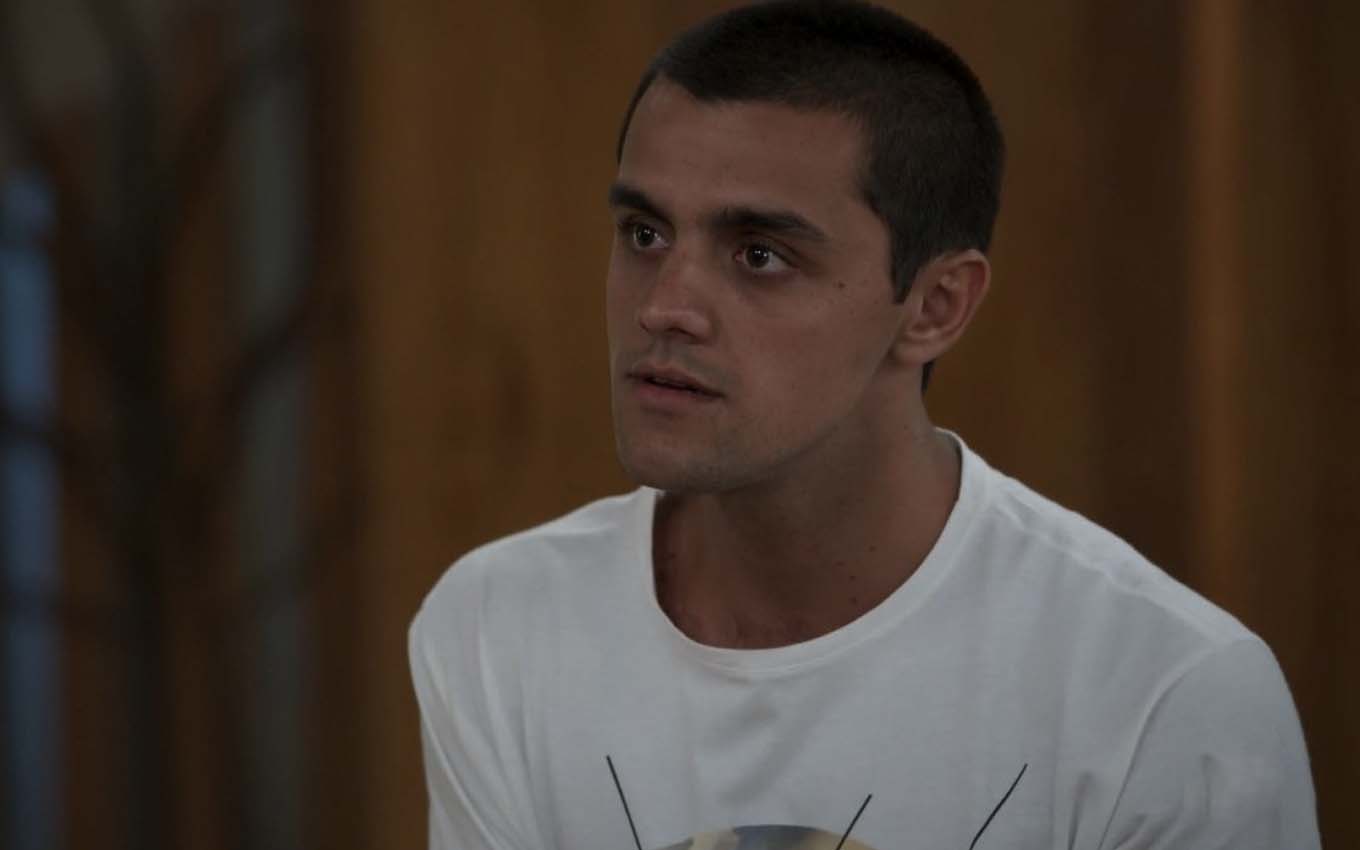 The crimes of Hugo (Leopoldo Pacheco) have their days counted in Salve-se Quem Puder. After discovering that the manager is one of Dominique’s (Guilherme Guinle) henchmen, Téo (Felipe Simas) will hand him over to the authorities and thus save the life of Luna/Fiona (Juliana Paiva). “It’s over, dad, the police are already on their way,” he will announce on Globo’s seven o’clock soap opera.

Helena (Flávia Alessandra) will be one of the first to see her husband’s rottenness and will be taken hostage as she tries to flee the country with her biological daughter in Daniel Ortiz’s serial. She will not arrive in time to meet her stepson at the airport as she will be tied up and gagged in the back of Empório Delícia.

“I was going with them, but she and my mother decided to take an earlier flight. I even went after them at the airport, but they should have already boarded. And I don’t even know where they traveled,” lamented Téo. “Did something happen to them to speed up the flight?”, will wonder Alejandro (Rodrigo Simas).

“Hopefully not. Although Luna is the only one of the three that the gang knows she’s alive”, will release Gabi (Nina Frosi), giving her tongue to her teeth. “What three?”, will question Felipe Simas’ character.

Against the wall, Alejandro will reveal all the details to his rival. “The other two who were reported dead with Luna in the hurricane. They are also alive and in the same protection program,” the musician will explain. “She is the only one that Dominique knows is alive and has tried to kill again”, will add Dulce’s niece (Marilu Bueno).

Hugo (Leopold Pacheco) in Save Yourself

End of the line

Téo’s form will finally fall when he hears the name of the antagonist played by Guilhermina Guinle. He’ll remember a day when Hugo gave him a pass for overhearing his conversation with the bitch on the phone. “No, it must be just a coincidence. It can’t be him, it can’t be,” complains the documentary maker.

With the flea behind his ear, he will run to the Emporium Delight after his father and catch him with his mouth in the jar. “Why didn’t you die in that hurricane? None of that would have happened. The incompetent Dominique couldn’t have failed,” will roar the bad character, with a gun pointed at Luna.

“Dominique? So, you and her…”, Juliana Paiva’s character will babble. “That’s right Luna, he’s the boss of Dominque. It’s over, Dad, the police are already on their way. It’s over!”, will complete Téo, in scenes that will be shown on the next 12th.

The only new telenovela on Globo, Salve-se Quem Puder enters its final stretch and comes to an end on the next 16th. The plot premiered on January 27, 2020, but was interrupted in March of the same year due to the health crisis that began last year.

The serial returned to be presented in March 2021. The rerun of Pega Pega (2017) will enter in the 7pm range because the network decided to postpone the premiere of Quem Mais Vida, Melhor.