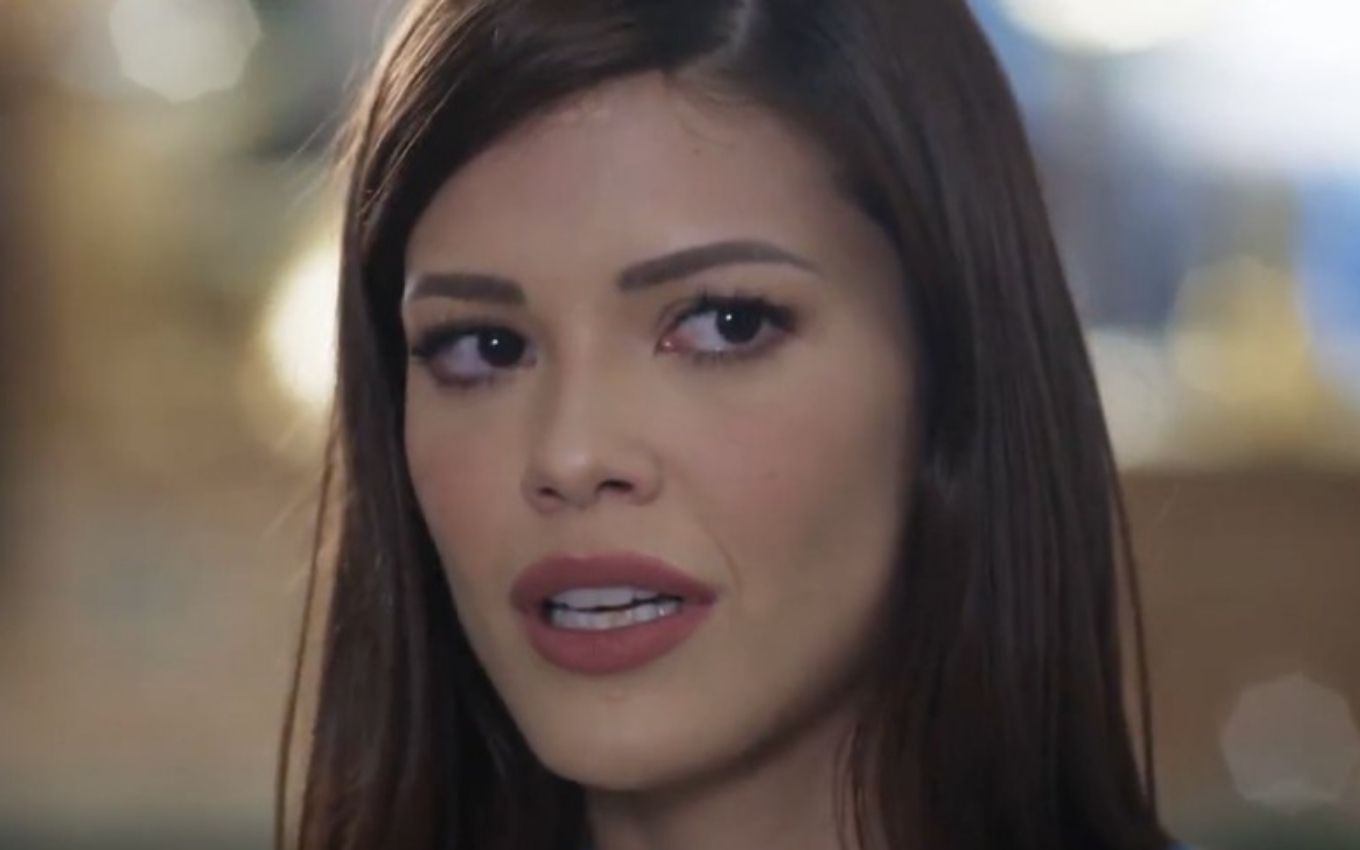 Kyra/Cleyde (Victory Strada) will finally reveal the truth about her fake death to Rafael (Bruno Ferrari) in Save Yourself. The girl in the seven o’clock soap opera will tell you that she was a witness to a crime committed by a dangerous group and that Renzo (Rafael Cardoso) tried to kill her.

The nanny will clear everything up next wednesday (7) in Daniel Ortiz’s serials. Encouraged by Alexia/Josimara (Deborah Secco), the ecstatic will invade Labrador Digital to explain her version of the story to the entrepreneur. The boy will still believe that his fiancée betrayed him in Mexico and will refuse to listen to her.

“I don’t know and I don’t want to know! That was a setup by your friend Josimara, right? But tomorrow she will go pro eye of the street!”, Agnes’ son-in-law (Carolina Kasting) will say. The brunette will take advantage of her colleague’s mention and will tell part of the imbroglio: “Josimara is the new name of… Alexia Máximo”, she will say.

“Alexia Máximo?! The actress who died with you in Cancun? what Are you talking?”, will retort Renatinha’s ex-boyfriend (Juliana Alves). Thus, Alan’s (Thiago Fragoso) lover will explain that the duo and Luna/Fiona (Juliana Paiva) were presumed dead in Cancún because they saw Dominique ( Guilhermina Guinle) kill judge Vitório (Ailton Graça):

We were sworn to death by the gang whose head is Dominique Machado. you met her. Renzo’s aunt. In fact, he was the one who tried to kill us! Renzo. Your new partner.

Julia’s (Sophia Abrahão) love interest won’t believe the ex-fiancée: “It can’t be, Kyra. Renzo is my friend, he wouldn’t do that!”, the young man will release in disbelief. “Like you met Renzo? Wasn’t it there in Cancún?” Ermelinda’s friend (Grace Gianoukas) will retort.

“Yes. I was looking for information about you and he appeared out of nowhere and…”, Rafael will say. The manager will realize that he has been tricked by his own partner, and Kyra will add: “Renzo didn’t appear out of nowhere in your life, Rafa. He didn’t even approach just to be your friend. He did it to investigate, he wanted to know if we was even dead”.

“It can’t be, Kyra! All this time I’ve been working with a criminal. He’s become my partner, my best friend”, will shout the deceived one. The protagonist will continue to explain details of how she learned the truth:

Alexia was just here to keep an eye on you, it was part of our agreement. And I took care of her grandfather. But when Renzo showed up, she was forced to change her look. Then she started to come with glasses, braces and those horrible bangs.

The character played by Bruno Ferrari will finally believe in his beloved: “Josi… Alexia shouldn’t even have come back. Look at the risk she took working for this bandit. Damned son of a bitch!”, he’ll scream. Rafael will head to his business partner’s room and decide to break everything.

The owner of Labrador Digital will not put his plan into practice only by a request from the former decorator. Kyra will insist that he not tell the truth, fearful that Dominique’s pack will get back at him.